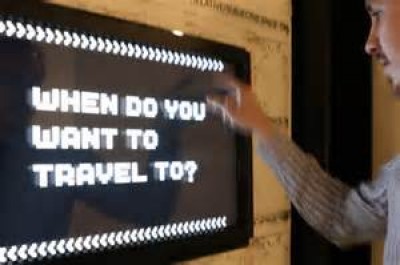 A study has been done to check the internet for signs of time travelers. Robert Nemiroff, physicist from Michigan Technical University, authored the study that checked a number of social media sites for posts mentioning events before they occurred. They found nothing but did say that is not conclusive. I guess it could just indicate that time travelers are discrete.

How to Sing Hillbilly Style

Listen to the famous elegant phrasings of Jo Stafford in one of her typically stylish excursions. "Admired for the purity of her voice, she originally underwent classical training to become an opera singer," it says at the link.

Now listen to her do hillbilly. I guess good training allows mastery of any mode. 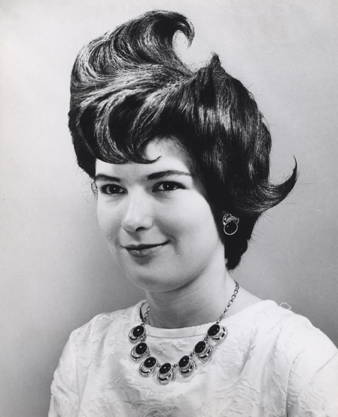 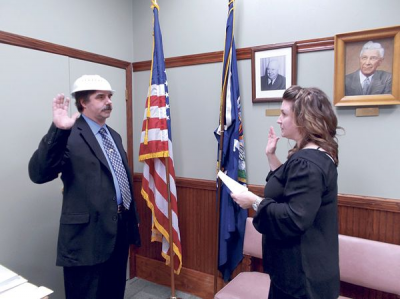 This is a picture of Christopher Schaffer, a Pastafarian minister, being sworn in as a town councilman in Pomfret, NY. All hail the church of the Flying Spaghetti Monster as it gains power and presence in American politics. 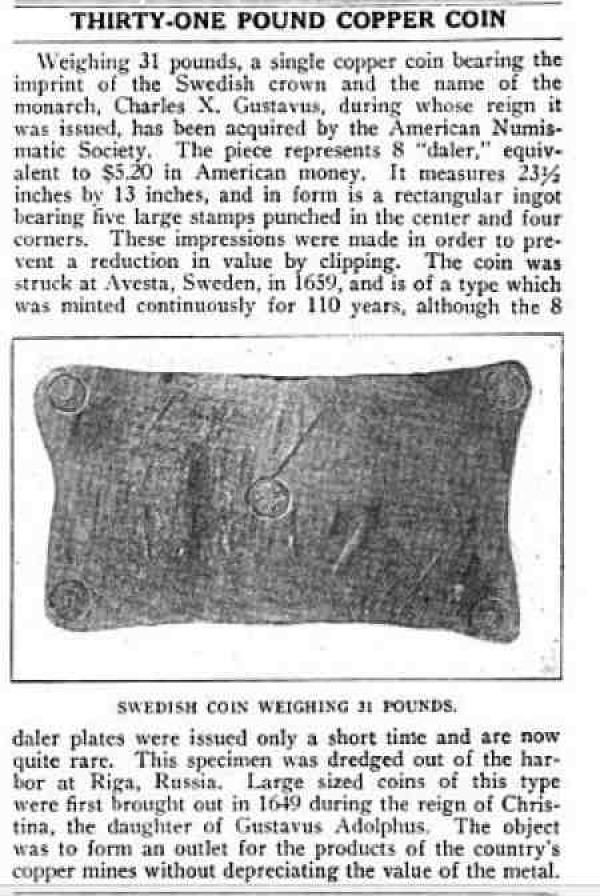 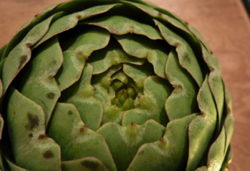 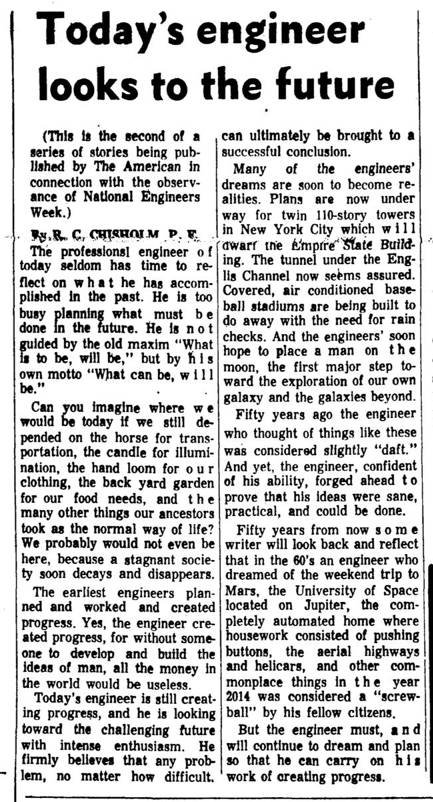 Tevin Monroe, 31, seeking work at a Norfolk, Va., McD’s, requested an application from the manager, who told Tevin he could download the form online, whereupon Tevin, disappointed, allegedly pointed to his waistband--and his piece. Manager found him an application. WVEC-TV (Norfolk)

From the Athens-Clarke County (Ga.) police blotter, 9 a.m., 12-18-2013: Guy took a swing at a big-rig driver because . . driver had backed up and accidentally clipped a porta-john . . interrupting the guy, inside, who was being busy. Athens Banner-Herald

Kevin Cook told New York City police that an armed mugger snatched his phone [a flip-phone], looked at it, said “what the [f] is this?” and gave it back to him. Cook said, jeez, it wasn’t that old. New York Post

Do the Math: Two chicks at a Sydney, Australia, minimum-security prison hatched a tie-the-sheets-together escape plot, but guards busted it when they found the link (nearly 60 feet long). But Emu Plains Correctional is a 1-story facility; the outer perimeter is just a fence. Daily Telegraph (Sydney)

French Exceptionalism: A local social welfare office in Loemiquelic, Frawnts, notified the Mamm-Kounifl bar that it was being fined for its longstanding tradition whereby patrons voluntarily bussed their own tables. That would be “undeclared labor” benefiting Mamm-Kounifl, and the French will have none of that. The Local (Paris)

Here’s your proof . . that when dogs poop, they squat along the Earth’s north-south-axis magnetic field. Seriously, it says here. Frontiers in Zoology

Recurring: NOTW readers already know that when outside investors consider Iceland, they must be sensitive to the country’s hidden elves so as not to rile the believers (estimated to be as many as a third). The Associated Press reports now that environmentalists consider the elves allies when the tree-huggers need to stop some trampling of Iceland’s natural beauty. Apparently, the elves don't even need lobbyists or PACs. Associated Press via NBC News /// NOTW .M107 (4-26-2009)

Can’t Possibly Be True: A Facebook photo led police to an apartment in Greenville, S.C., to an extraordinarily lazy man named Tyler Smith, who was arrested. The photo showed Smith lowering his dog by rope from a second-story window, which Smith said was to, well, let the little mutt find the north-south axis. Associated Press via Spartanburg Herald-Journal

Words Picture. KDFW-TV (Dallas-Fort Worth) [enlarge photo on the right]

TMI: Newly-elected corruption-fighting minister Arvind Kejriwal of New Delhi, “true to [his] vow of transparency,” called in sick the first day--explaining that he had diarrhea. Agence France-Presse via South China Morning Post

Of Course: A handcuffed Douglas Lydic, 29, who fled a police cruiser in Commodore, Pa., was charged with escape, plus theft of handcuffs. Associated Press via PoliceOne.com

Too Clever By Half: Cops were called on two Los Angeles home-invaders, who were still on the scene when police arrived outside. The perps (who’ve seen the same movies you’ve seen) persuaded the victim-residents to tie them up, too, so that when cops entered, they’d think the perps were actually victims. Victims said, Sure. Perps appeared shocked that as soon as the cops walked through the door, the victims ratted them out (and by then of course the perps could not take off because . . they were tied up). Los Angeles Times

YouTube Video Converted to “News” by Gawker: It’s supposed to be a genuine South African video of indigenous Venda people doing “traditional” bare-knuckle “Musangwe” fighting. One guy knocks out another guy, who is revived by the traditional first-aid of . . genital massage. Gawker.com

Welshman Leon Humphreys, 60, spurning a plea on his traffic ticket, demanded his right to fistfight for his freedom (“trial by combat”) under ancient Welsh law. (Denied.) Daily Telegraph (London)

False Choice: Big Pharma needs to recoup its super-enormous research and testing costs for life-saving drugs, and therefore it’s fair that they charge whatever super-enormous price they come up with; to deny them that is to shut down life-saving-drug research. Ummmm . . well, just because the company says it needs X retail price (never dare showing the bookkeeping, of course) doesn’t mean all the incentives wouldn’t remain in place even if the price were somewhat, or a lot, lower than X. Say hello to Sovaldi, which can actually cure deadly Hep-C for 3 million Americans at a straight cost of about $250 per but for which Gilead Sciences figures it deserves $84,000 each (with discounts for some 3rd-worlders). (Reporter: Mightn’t you cut the price once you’ve recouped your costs? Gilead official: “That’s very unlikely we would do that. [However] I appreciate the thought.”) NPR

Newsrangers: Craig Cryer, Kent Harris, and David Wasley, and the News of the Weird Board of Editorial Advisors.

Baby Its Cold Outside


Where Fahrenheit and Celsius meet, -41 degrees, is the temperature folks were enduring on the second day of the new year in northern Ontario, Canada. One person decided to amuse themselves with the weather by shooting boiling water out of a super soaker into the frigid air. The effect is rather cool.