Civilization in Chaos, Plus Unathletic Orangutans, Mannequin Love, and the Magnetic Mr. Alvarez

[Attention! Your Editor is lightening up for the next two weeks. See Editor's Note, below.]

It's Getting Messy Out There: In Brewster, Mass., doctors looking for a pulmonary tumor instead diagnosed the guy merely as legume-positive (a pea plant in the lung!). Also, U.S. researchers found that 10% of 7-year-old white girls and 23% of 7-year-old black girls show signs of breasts (twice the rate from 12 years earlier). Also, in San Bernardino, Calif., a vet did gender-reassignment surgery on a homeless Pomeranian. Also, University of Sydney researchers concluded that the way humans decide certain things is the same method used for selecting food by brainless slime molds. WHDH-TV (Boston) /// Canadian Broadcasting Corp. News /// Press Enterprise (Riverside, Calif.) /// Discover magazine

Another Unionist Faces Reality: Jim Callaghan of the United Federation of Teachers was summarily fired by the president for trying to union-organize UFT's headquarters employees. President Michael Mulgrew said he can't be expected to run things efficiently if there'll be some union complaining all the time. New York Post

Creative Sentencing: Judge Joseph Smyth in Norristown, Pa., pushed the envelope a bit when he ordered embezzler Lanette Sansoni to house arrest . . for 21 years, so she could work and keep paying back the victim (whose idea the sentence was). But two days earlier, New Mexico judge Ross Sanchez had beat that: He agreed to hold off on a sentence for security-fraudster Samuel McMaster Jr. in order to turn McMaster loose on casinos' poker tournaments, where he has a decent chance to win back the money (but looking at up to 12 years in the slammer if he fails). Delaware County Daily Times (Primos, Pa.) /// ABC News

American Gothic: Churchers from the New Beginnings Ministries in Coshocton County, Ohio, regularly protest on weekends in front of the nearby Foxhole strip club, bullhorn-warning the sinners about hell and hairy palms, and videoing customers and license plates to put on the Internet. Recently, however, the dancers have fought back, accepting pastor Bill Dunfee's offer to start "coming to the church." There they are, on Sunday mornings, in their best hubba-hubba outfits, singing and prancing, at tailgate parties with drinking and grilling and wielding Super-Soakers to wet those t-shirts. Columbus Dispatch

Watch a video of an amazing young man who didn't let a little thing like having no arms stop him from learning to play the piano, magnificently. Read about Liu Wei and his performance on the tv show 'China's Got Talent" what a resilient and gifted person he is!

Safeguard Guaranty, an insurance company, is now offering divorce insurance. It starts at $16 a month which will get you $1200 in the event of a split with your significant other. Some people claim that having a prenuptial agreement is like saying you expect to fail. If so, what the heck does this say?

If this trailer appeals, you can watch the whole movie here at YouTube. 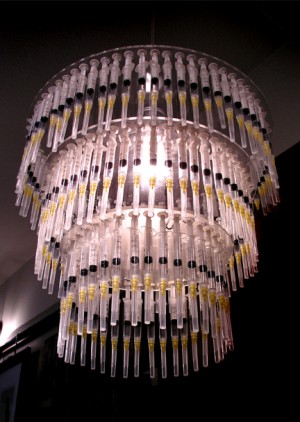 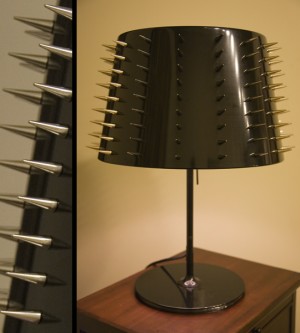 Some of you may remember that BD, KDP, and I expressed our preferences for the foil we use when making our skull caps. Well, I've been mulling it over and have decided to invite you all to the site that keeps us up to date on foil wear.

Poptart cuisine is now available in Times Square. The Poptart Cafe offers a variety of sweet delights including poptart sushi, three different flavors of poptarts chopped up and rolled into a fruit roll up. Diabetics beware!

Great mashup -- an incredible day at the drive-through -- with captions!!

The original had no sound, but I think this mash-up has a great, great ending. You've got to admire the dedication of the staff to have the next guy's order ready.