Update: Indonesia’s holy “Sex Mountain” on the island of Java is still performing its incomprehensible function of making Muslims feel prosperous and optimistic if they have intercourse with strangers, as reported in November by Australia’s “SBS Dateline” TV program. A reporter journeyed to Mount Kemukus (near the heavily populated Surakarta) to observe the mass adultery whose origin dates to the 16th century. Otherwise-devout pilgrims pray, bathe, and pair off with other worshipers (repeating the ritual seven times, 35 days apart) to bring the good life--except that the sex must be with people other than their spouses. Clerics generally denounce the Kemukus experience but moreso since prostitutes (collecting “offerings”) are lately so plentiful at the site. [SBS, 11-18-2014]

Comprehensive Pentagon studies of America’s nuclear missile infrastructure released in November (following disturbing reports of readiness failures) included the revelation that nuclear warheads had to be attached with a particular wrench, even though the Air Force only owned one with which to service 450 missiles housed at three bases. Consequently, one official told the New York Times, “They started FedExing the one tool” back and forth. No one had checked in years, he said, “to see if new tools were being made”--typical of maintenance problems that had “been around so long that no one reported them anymore.” [New York Times, 11-13-2014]

Autumn Canceled: London’s Daily Telegraph reported in November that a gardener hired by the House of Commons had spent a day pulling color-changing leaves from trees on the Westminster Palace grounds--because it would be more cost-effective than to rake them up after they fell. The gardener (whose name sounds right out of a James Bond adventure--“Annabel Honeybun”) said she had 145 trees to service. (A local environmentalist lamented denying autumn visitors “one of the few pleasures at this time of year.” [Daily Telegraph, 11-14-2014]

Various cogs in South Korea’s national machinery paused briefly on November 13th so as not to distract the nation’s high-school-age kids, for 650,000 of them were sitting for the decisive university entrance exams (which are several levels more important than the SATs or ACTs for American students). Large companies and government agencies told employees to commute later in the morning--to keep traffic lighter for students traveling to the 1,257 test centers--and “no-fly” zones reduced noise during the 40-minute period in which students tested aurally on the English language. [Daily Telegraph, 11-13-2014]

“Santa Muerte” (Our Lady of the Holy Death) might be described as a cynic’s unauthorized by-product of Roman Catholicism currently festering in drug-cartel-roiled Mexico and Central America and is, according to Vice Media, “the world’s fastest growing” religion. “Saint Death” first appeared only 12 years ago, in the Mexico City barrio of Tepito, and is now a first line of protection for worshipers in danger zones. (Almost 80,000 Mexicans have been killed since 2006, Vice reported.) Said one reporter, “People feel more comfortable asking [Santa Muerte] for favors they probably shouldn’t ask a Catholic saint for.” [Vice.com, 11-13-2014]

Pope Francis ordered an investigation in October of the Italian Riviera diocese of Bishop Mario Oliveri, 70, who is known for giving “second chances” to wayward priests from across the country. Reports had surfaced that, among Mario’s priests was one openly publishing nude selfies on Facebook, another caught publicly flirting with the wife of a port captain, another dismissed from a cruise ship for molesting passengers, and another revealed to have a full-body “tribal” tattoo that he had exhibited while posing with the tattoo artist in the local newspaper. The diocese charity’s manager estimated that about half of the bishop’s 175 priests were delinquents. [Daily Telegraph (London), 10-25-2014]

* (1) Mmmm, Omelettes! A crash of three tractor-trailers on Interstate 24 near Chattanooga, Tenn., on November 9th left a pile-up of one truck’s load of eggs, another’s pallets of cheese, and the other’s boxes of meat. (2) “Drunken Trombone-Playing Clown Fires Gun From Garage, Police Say” (an October 21st story on MLive.com from Grand Traverse County, Mich., also reported that the man was wearing camo pants and that alcohol was involved). [Times Free Press (Chattanooga), 11-9-2014] [MLive.com (Grand Rapids), 10-21-2014]

Parrots and Snakes: A November story from Leigh-on-Sea, England, reported that a Senegal parrot (apparently feeling restive with its owners on holiday) managed to pick two locks on its cage and fly away. The second lock had been installed as insurance after an earlier lock-picking escape. (Also, a missing African gray parrot was returned to its Torrance, Calif., owner in October after a hiatus--in which the parrot had learned to speak Spanish.) On the other hand, a hungry five-foot-long black rat snake in Verona, Pa., had to be saved by surgery after it failed to distinguish between chicken eggs in a coop (tasty) and a nearby ceramic egg (life-threatening organ failure). [BBC News, 11-10-2014] [Daily Telegraph (London), 10-14-2014] [KDKA-TV (Pittsburgh), 8-13-2014]

Just Possibly Racist: One of the questions offered in testing by the Charlotte-Mecklenburg (N.C.) school district for high-school biology in November sought students’ understanding of “dominant” and “recessive” genes with this puzzle: “LaShamanda has a heterozygous big bootie, the dominant trait. Her man Fontavius has a small bootie which is recessive. They get married and have a baby named LaPrincess. What is the probability that LaPrincess will inherit her mama’s big bootie?” (Charlotte TV station WBTV was unable to confirm that the school system created the question, even though the question was apparently distributed with other system materials.) [WBTV, 11-14-2014]

Summer “comfort food” season is an opportunity for imaginative (and shameless) chefs to take caloric overload to the next level, annually extending themselves to build the sweetest (and, generally, the least heart-friendly) concoctions imaginable. Hence, Deep-Fried Candy Corn (in a base of Crescent rolls) made its debut this year, along with the Double Donut burger (two beef patties piled with cheese and bacon between “buns” of glazed donuts (1,996 calories and 53 grams of saturated fat). [Grubstreet.com via Huffington Post, 10-22-2014] [Crawley News (Queensway, England), 11-12-2014]

Cry For Help: Mr. Jenya Bolotov, 26, a Russian, became an Internet sensation in November (on Facebook, YouTube, and several news sites) by releasing photographs showing a seven-year obsession with modifying his face to resemble that of a platypus. He has stretched eight parts of his face to effect a duck-billed look, with holes on the sides of his nostrils and plugs extending his lips. “I can eat, talk, and speak on the phone like everyone else,” he insisted, but is happier now that he can “live differently.” (Some Internet commenters complained that, while Bolotov’s face is certainly “creepy,” they cannot quite conjure up “platypus” from the look.) [Metro.co.uk, 11-18-2014]

After consulting with the FBI and military and state law-enforcement and security agencies, the sheriff of Dickson County, Tenn., concluded that his only option to rescue his departmental records database from malicious malware was to pay a $500 ransom to the creator of the “Cryptowall” “trojan,” which had attacked and encrypted his files. A total of 72,000 files, including witness statements and other evidence in criminal cases, was temporarily inaccessible after a department computer user clicked on the wrong part of a screen. (PC World reported that within the previous six months, Cryptowall's developers were thought to have "earned" $1 million in ransoms.) [WTVF (Nashville), 11-12-2014] [PC World, 6-2-2014]

In the U.S.’s fourth reported case, a state issued a driver’s license even though the applicant was photographed wearing a colander (as a “religious covering,” the only “hats” legally permitted in such photos). Jessica Steinhauser said the Motor Vehicles office in Hurricane, Utah, simply shrugged at her affiliation with the Church of the Flying Spaghetti Monster (created in 2005 to offer the proposition that God’s existence is no better “proven” than the FSM’s). [Associated Press via KOVR-TV (Sacramento, Calif.), 11-18-2014]

Thanks This Week to Bruce Leiserowitz and Ken Thompson, and to the News of the Weird Board of Editorial Advisors.

Nearly four million views, but perhaps new to you!

Series 4 by Normand Grégoire, National Film Board of Canada

Caution: some bare, false-color bosoms presented in a trippy manner. 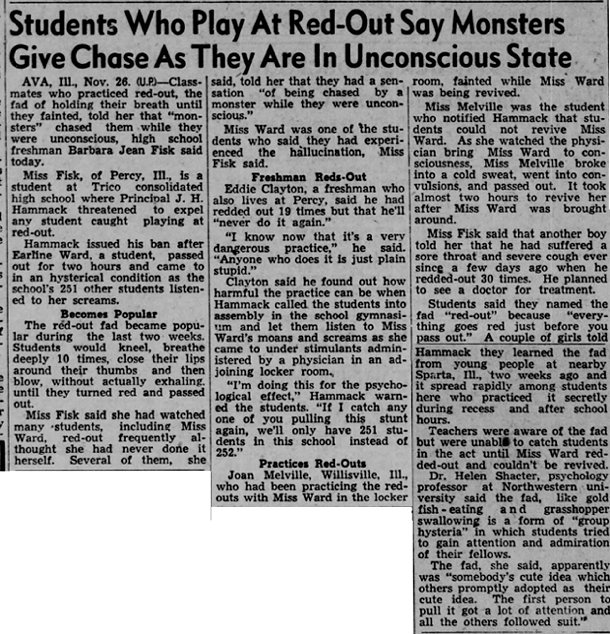 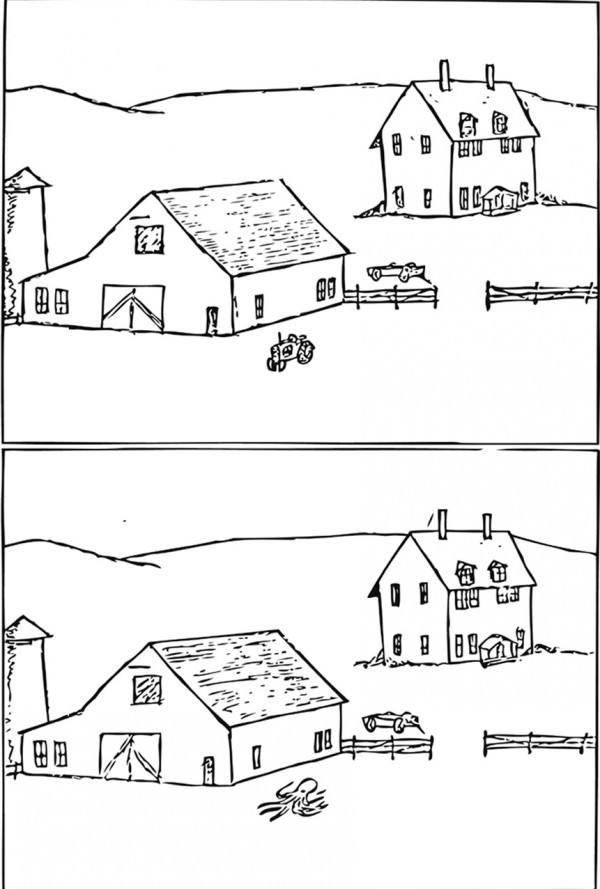 A gold watch is actually a pretty nice prize for having hair most like that of a chicken's feathers. 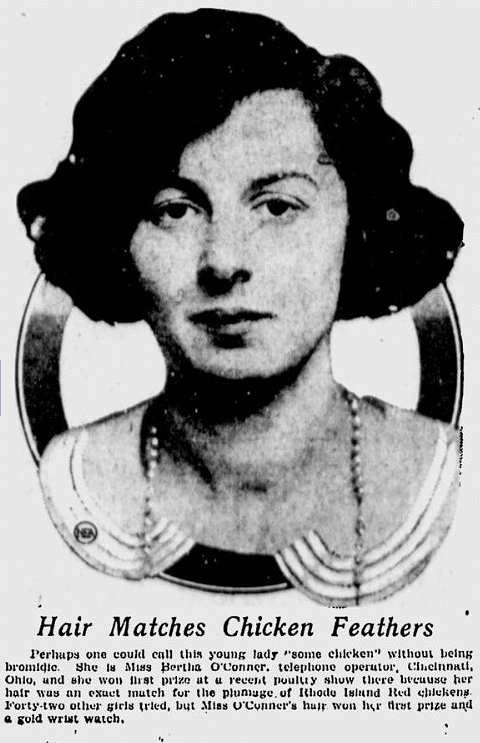 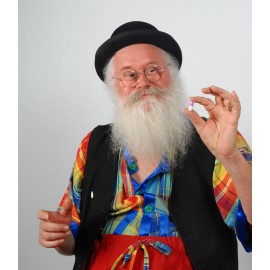 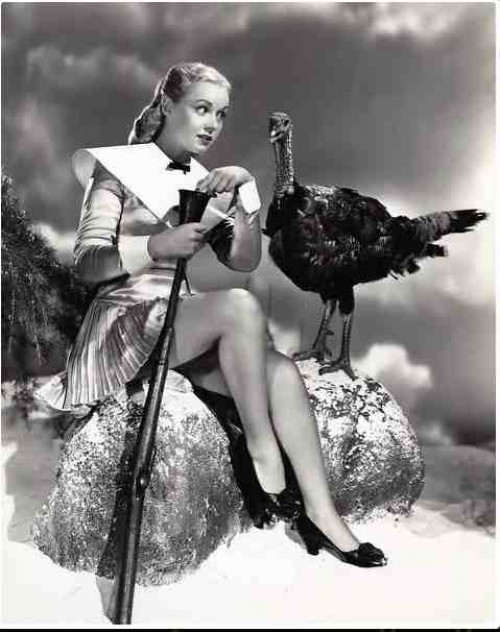