Robothespian Can Take the Part

Need to program your own spokesperson? This guy never takes a day off!!

The eyes kinda scare me.

Where's a good place to take the little ones to see the Easter Bunny? Who's holding a chili cook off? Devanny-Condron Funeral Home in Pittsfield, Massachusetts is the answer to both questions. Terry Probst, the new managing partner at the funeral home, wants to make it a community center of sorts. He says a Funeral Home is a 'living, breathing thing' in fact he and his family live upstairs there. Probst offers limo rides to couples celebrating 50 or more years of marriage and provides a birthday cake each month to the local senior center for all that months birthdays. He also hopes to hold a murder mystery dinner at the Funeral Home in May.
http://www.berkshireeagle.com/ci_14508911 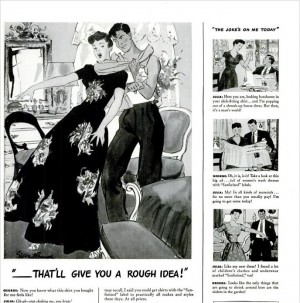 It Was Hidden In What!?

Talk about dedication to your job. Arizona Department of Public Safety spokesman Bart Graves summed it up pretty well, in fact, when he said "Yeah, that really does suck." He's referring to the recent drug bust the Arizona police made when they discovered more than seven hundred pounds of marijuana stuffed into the septic tank on a truck hauling human waste. Leonard Salcido of Tucson was arrested and charged with possession and transportation of marijuana. Read the article and see the pictures on CNN.

Should Have Made ‘David’ Too A New Jersey family was asked, by police, to cover the snow sculpture of the Venus de Milo they built last week. The request was made due to an anonymous complaint about 'a naked snow woman'. No worries now for the puritanical complainer, Venus was taken down Monday because she was melting. Wonder what they'll build next snow storm, my suggestion is in the title.
http://www.nj.com/news/local/index.ssf/2010/03/nude_snow_sculpture_in_rahway.html