NOTE: Chuck is a part-timer this week. In place of Pro Edition, here is this week's standard News of the Weird column, which by the way sometime in February will begin its 25th year (signifying 1,249 weekly editions--and a remarkable lack of imagination on career flexibility by Chuck).

* When Tattoos Aren't Nearly Enough: In some primitive cultures, beauty and status are displayed via large holes in the ear lobe from which to hang heavy ornaments or to insert jewels or tokens, and BBC News reported in November that an "increasing" number of counter-culture Westerners are getting their lobes opened far beyond routine piercing, usually by gradually stretching but sometimes with a hole-punch tool for immediate results. The hard core are "gauge kings (or queens)," showing a "commitment" to the lifestyle by making holes up to 10mm (3/8") wide. (Cosmetic surgeons told BBC News that they're already preparing procedures for the inevitable wave of regretted decisions.) [BBC News, 11-21-2011]

NOTE: So much "weird" news just involves different people caught in the middle of the same old weirdness. For this week and next, check out recent Recurring Themes (plus important Updates of previous stories):

* Larry Walters made history in 1982 with perhaps the most famous balloon ride of all time--in an ordinary lawn chair, lifted by 45 helium-filled weather balloons--soaring to over 16,000 feet in southern California before descending by shooting the balloons one by one. In 2008, gas station manager Kent Couch of Bend, Ore., made a similar lawn-chair flight and had scheduled another, for November 2011, to float over now-allegedly-peaceful Baghdad, to raise money for Iraqi orphans. (Couch subsequently postponed his flight until March 2012 to give the charities more time to organize.) [Los Angeles Times, 11-4-2011; The Pantagraph (Bloomington, Ill.)-AP, 11-17-2011 (well, try this Huffington Post link)]

* Corruption in some Latin American prisons has allowed powerful criminals to buy extraordinary privileges behind bars. News of the Weird's report on Venezuela's San Antonio prison in July described the imperial reign of one drug lord-inmate, who presided over a personal armory, a local-community drug market, and private parties (and with his own DirecTV account). In a surprise raid in November on a prison in Acapulco, Mexico, the usual drugs and weapons turned up, but also 100 fighting roosters for daily gambling, along with a prisoner's two pet peacocks. [The Guardian (London)-AP, 11-8-2011]

* The lives of many choking victims have been saved by the Heimlich Maneuver--even one received inadvertently, such as the one a Leesburg, Fla., motorist gave himself in 2001, after gagging on a hamburger, then losing control and smashing into a utility pole. As he was thrust against the steering wheel, the burger dislodged. In November 2011, as the mother of 8-year-old Laci Davis drove her to a Cincinnati hospital after a locket stuck in her throat and caused her to double over in pain, Mom hit a pothole, which jarred Laci and dislodged the locket loose into her stomach (later to come out naturally). [WCPO-TV, 11-11-2011] 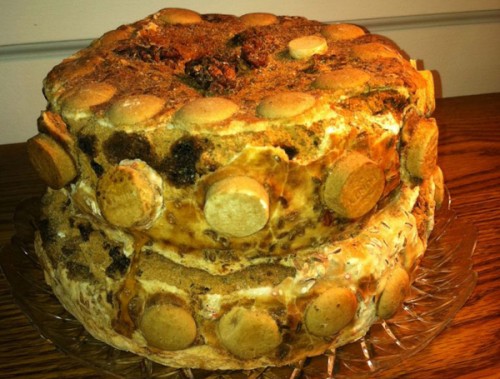 If you thought the recent story about the 70 year old fruitcake that sold for $575 was crazy how about a 100 year old Christmas cake? If made in the way described this cake, or part of it may be much older. It followed a tradition of saving part of a cake from year to year, soaking it in rum and adding to it each holiday season, then eating a bit and saving the rest again. Considering it has been saved as is since 1911 when the fellow who ate some supposedly died from it, it may well go back much farther. Personally, I prefer pie.

Merry Christmas To All 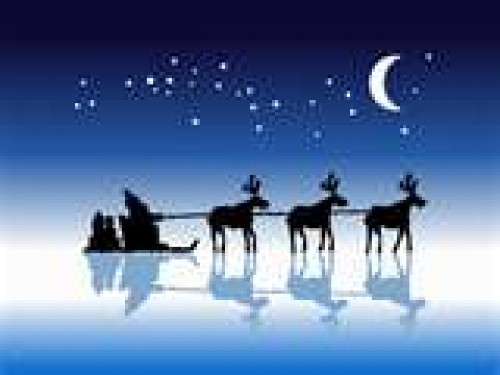 Twas the night before Christmas and on WU my friends were all reading posts and commenting too.
Paul in his home posting with care, making us laugh like he does all year.
Chuck's on vacation and Alex is taking a rest.
As for me, I love you all and wish you the best. 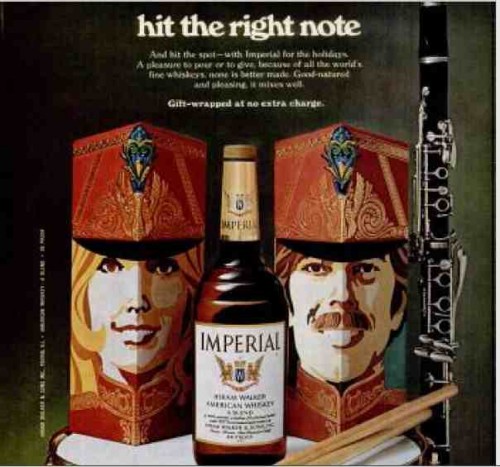 Yeah, sure--it's 1973 and all your hippie pals are going to give up dope for whiskey just because the maker decorated the boxes like outtakes from Yellow Submarine. 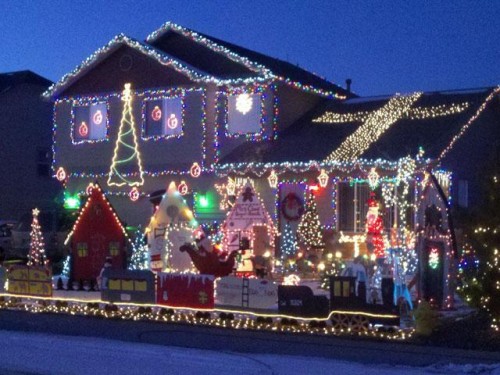 Home Owners Association says no more than three ornaments per house. A $25 fine every two weeks their Christmas display is up is worth the joy they get from it says the couple who own the pictured house. 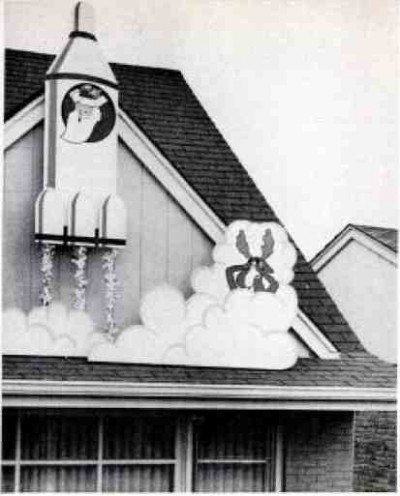 Now that Myanmar seems to be opening up to the outside world, do you think their national sport of Chinlone will sweep the planet? A noncompetitive team endeavor, with no winning or losing? Nah, not likely! 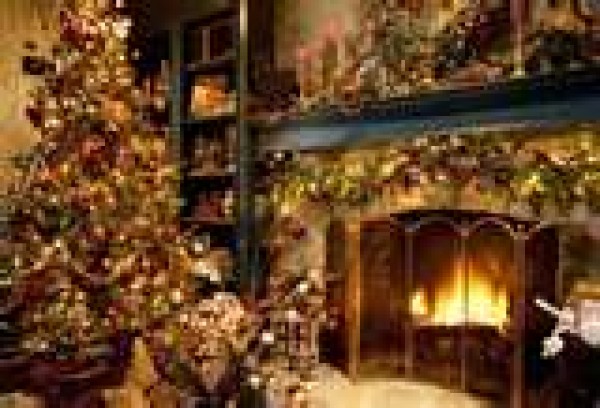 There are quite a few nonbelievers here at WU, but we all respect each others religions or lack there of pretty well. CNN requested atheist iReporters submit stories on their holiday traditions or if they have any. The submissions are positive and tolerant of those who do believe and worth sharing here. 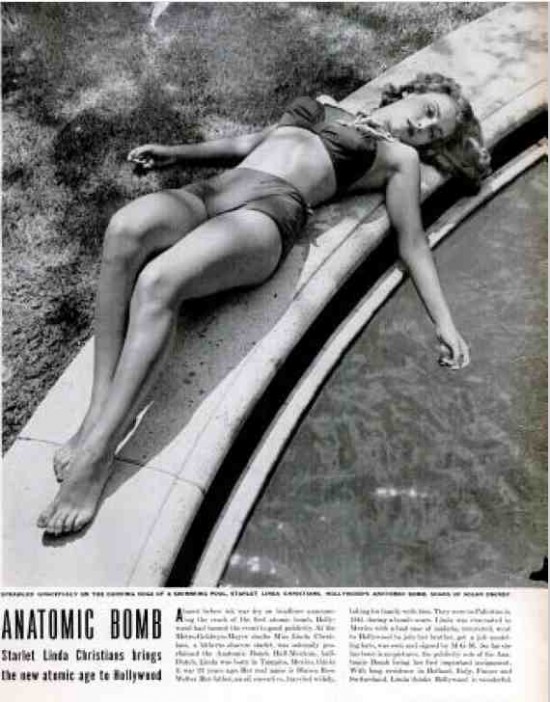 Chicken Experiment No.13 from LeMob on Vimeo.