Think Your Own Last Flight Was Unpleasant? (1) The May 28th U.S. Airways flight from Los Angeles to Philadelphia had to be diverted to Kansas City after a passenger’s service dog did what dogs do, in the aisle, twice (an hour apart). One passenger used the terms “lingering smell,” “dry heaving,” and “throwing up” in describing the situation. (2) On a recent (perhaps July) Delta flight from Beijing to Detroit, a Chinese couple apparently nonchalantly laid down paper on their toddler’s seat and encouraged him to address his bowel’s needs despite numerous pleas from nearby passengers to take him to the restroom. According to a Chinese news reports, social media sites erupted in criticism of the family for its embarrassing behavior. [KCTV (Kansas City), 5-30-2014] [Seattle Post-Intelligencer, 7-28-2014]

Steve Grossman, Massachusetts’s state Treasurer, who is running for governor, performed heroically at a candidate forum in March. The Boston Globe reported that Grossman “fervently answered questions on everything from transgender rights [to] sex education [and] issues facing [the] aging members of the [gay/transgender] community” while simultaneously passing a kidney stone (which most victims describe as “level 10" pain--the highest on the medical scale, described by some as comparable to childbirth). [Boston Globe, 3-26-2014]

Steve Wiles gathered only 29% of the vote in his North Carolina state senate race in May after revelations that he--lately an opponent of gay rights--was until about four years ago a gay male who worked as the female impersonator “Mona Sinclair” at a gay nightclub in Winston-Salem. As recently as April, however (three weeks before a newspaper’s revelation), Wiles was categorically denying that he used to be Mona Sinclair. “That’s not me,” he said. “That’s him,” said a man who worked with him at the club. Said the club’s then-co-owner, “I have no ax to grind against him. I just think he’s a liar.” [Winston-Salem Journal, 5-3-2014]

The Alaskan government is scrambling to fulfill its obligation to welcome native communities’ votes on a state tax resolution in August. That means paying translators (at up to $50 a hour) to set out the measure for communities using the languages Yup’ik, Inupiak, Siberian Yupik, Koyukon Athabascan, and Gwich’in Athabascan. (The tax measure must also be available on audio--for those communities that rely on the “oral tradition.”) For example, the yes-or-no tax question in Yup’ik is “Una-qaa alerquun ciuniurumanrilli?” [Washington Times, 7-29-2014]

Tough Love: Missouri state senator Rob Schaaf (who is a medical doctor) was credited in a July New York Times report with leading the resistance to the state’s establishment of a database of controlled-substance prescriptions. (Sen. Schaaf champions “patient privacy” over curbing the wanton overuse of pain medications, even though the other 49 states have such databases.) In an earlier debate, Dr. Schaaf suggested drug abuse is self-regulating: “If [drug abusers] overdose and kill themselves, it just removes them from the gene pool.” [New York Times, 7-20-2014]

Tom Lakin is challenging State Farm in a St. Clair County, Ill., courtroom, claiming that the sexual abuse he was convicted of was “unintentional” and that therefore his homeowners’ insurance ought to have covered any claims by the victim. (State Farm, and other insurers, generally pay out for “negligent” events.) He said he had no idea that serving minors alcohol and drugs and encouraging them to have sex with each other would lead to their later sexual exploitation by other adults. [Madison-St. Clair Record, 6-19-2014]

(1) Has to Be Tied Down: A man was hospitalized in Shreveport, La., in June after being carried away by a wind gust as he held onto a mattress in the back of a pickup truck on Interstate 49. He suffered road burn and fractures. (2) Jenna Ketcham, 25, was arrested in Sebastian, Fla., in July after exacting a bit of revenge against an ex-boyfriend, whom she encountered squiring another woman in his pickup truck. According to police, Ketcham hit the man in the face, then the genitals, then emptied his “dip spit” cup on him. [KSLA-TV (Shreveport), 7-3-2014] [TCPalm.com (Stuart, Fla.), 7-29-2014]

Update: The first “pheromone party” is said to have been staged in New York City in 2010, but the concept was revived recently, in London, with men and woman bringing three-each used, unwashed, un-fragranced t-shirts in plastic bags as the price of admission (along with the equivalent of $42). Guests sniff the bags one after another until genes kick in and signal the sniffer that a certain shirt belongs to Mr. or Ms. “Right.” At that point, the sniffer projects a cellphone photo on the wall, and whoever brought that shirt (by code) sees the sniffer, at which time things return to normal, i.e., is the sniffer sufficiently good-looking? [Agence France-Presse via AsiaOne.com (Singapore), 7-24-2014]

The Italian news agency ANSA reported in July that Italy’s San Vittore prison in Milan is scheduling regular “happy hour” socials for its female inmates--catered, with alcohol, and with “external” guests welcomed, to the displeasure of the prison guards’ union. The deputy director of the prison service was quoted by ANSA as approving the events, leading union representatives to complain to the Ministry of Justice. [TheLocal.it (Rome), 7-24-2014]

(1) The Clay County (Fla.) Sheriff’s Office twice this year arrested the wrong Ashley Chiasson--in January (for grand theft) and in May (writing bad checks), despite three years, five inches, 20 pounds, and distinctive middle names separating them (Odessa the suspect vs. Nicole the innocent victim). (“Nicole” spent five weeks in jail before deputies admitted their mistake.) (2) James Jordan Sr. died in Brooklyn, N.Y., in 2006, but NYPD officers have barged into his family’s home 12 times since then--four in 2014 alone--seeking him on various charges. His widow, Karen Jordan, even taped his death certificate to the front door, but that failed to deter the officers, one of whom shouted during a recent raid that they “know” Jordan is hiding inside somewhere. Karen recently filed a lawsuit against NYPD for the raids, which include “turning out drawers, looking in closets, harassing my children.” [St. Augustine Record, 6-12-2014] [New York Post, 5-6-2014]

(1) Among the important news learned from the July indictment of Raymond Black, 61, in Brentwood, N.H., for sex crimes involving girls aged 11 and 13: The going rate for a man who wants pre-teen girls to kick him in the genitals is as much as $100, which is the amount Black allegedly offered them for various sexual favors. (2) Everything was completely consensual, Ms. B. J. Geardello, 53, assured officers in Ohio County, W.Va., who caught her taking a stroll along highway U.S. 40 at 9:30 a.m. on July 29th--she in purple nightgown leading her nude boyfriend, 56, by leash, on all fours, hooded, with his ankles bound. Prosecutors were unsure whether to file charges. [Eagle Tribune (North Andover, Mass.), 7-19-2014] [KDKA-TV (Pittsburgh), 7-30-2014]

In November [2009], a Chicago judge ruled that former firefighter Jeffrey Boyle is entitled to his $50,000 annual pension even though he had pleaded guilty to eight counts of arson (and allegedly confessed to 12 more). Boyle is known locally as "Matches" Boyle to distinguish him from his brother, James "Quarters" Boyle, who was sentenced to federal prison for bribery involving the theft of millions of dollars in state toll-gate coins. Judge LeRoy Martin Jr. concluded that Matches's arsons were unrelated to his firefighting. [Chicago Tribune, 11-11-09]

Thanks This Week to Russell Bell and David Walker, and to the News of the Weird Board of Editorial Advisors.

Back in 1947, there was a lot of speculation in the press about a new secret weapon that was supposed to be as "awesome in its effects as the atomic bomb." Turns out the weapon that was the source of the rumors was the Tsunami Bomb -- a device for creating artificial tsunamis to wipe out enemy forces on land.

The Mexico Ledger (Mexico, Missouri) - June 16, 1947
Wikipedia has a brief article about the Tsunami Bomb, but otherwise there's not a lot of info about it online.

Other mad WWII weapons projects posted about here on WU include the Bat Bomb and the Volcano Bomb. 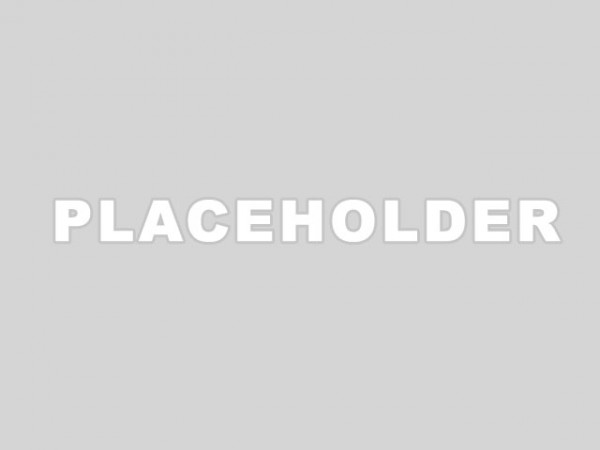 A surreal and risque musical odyssey awaits on the far side of this modesty barrier. 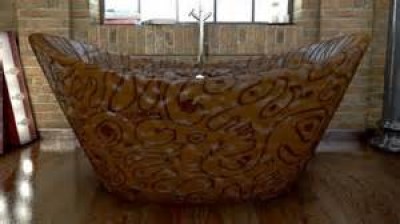 This idea started with a common search engine misspelling, chocolate suite verses chocolate sweet. Now you can actually buy the whole sweet suite for just $133,000. The calorie count is available at the link, but who wants to know that?

Apparently, some 75 years on, people are still trying to prove the reality of this perpetual motion machine.

You got the right one, baby, uh-huh

In the early 1990s, Diet Pepsi ran a series of successful ads that featured Ray Charles and the slogan, "You got the right one, baby, uh-huh."


But not everyone liked the ads. Arthur Takeall claimed that Pepsi stole the slogan from him, saying he had used it in his ventriloquism act for years. He would choose an attractive woman in the audience and say, "You've Got The Right One" and his puppet would then say "Uh-huh."

Takeall sued Pepsi for $130 million, but his case was dismissed by the judge. However, in 1997 the Patent and Trademark Office ruled in his favor, deciding that he was entitled to the rights to the slogan, "You got the right one, baby, uh-huh." But as far as I know, it was a bit of a hollow victory since Pepsi never paid him any money. 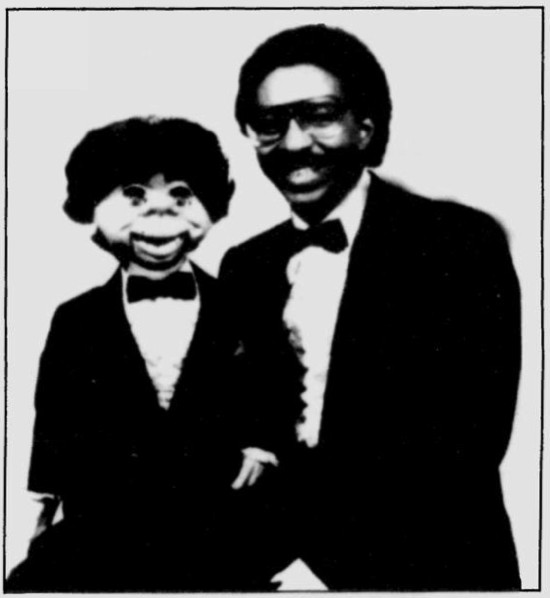 Arthur Takeall and his puppet, Scooter
More about Takeall in the Baltimore Afro-American - May 3, 1997. 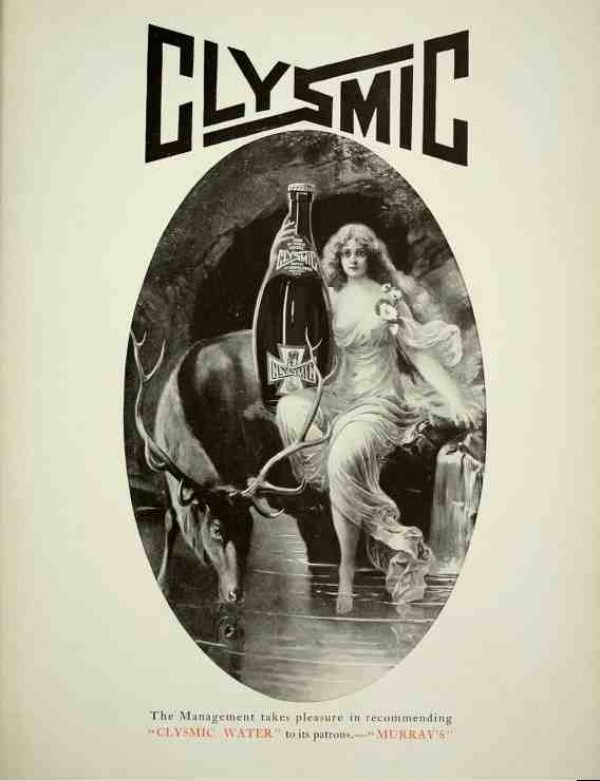 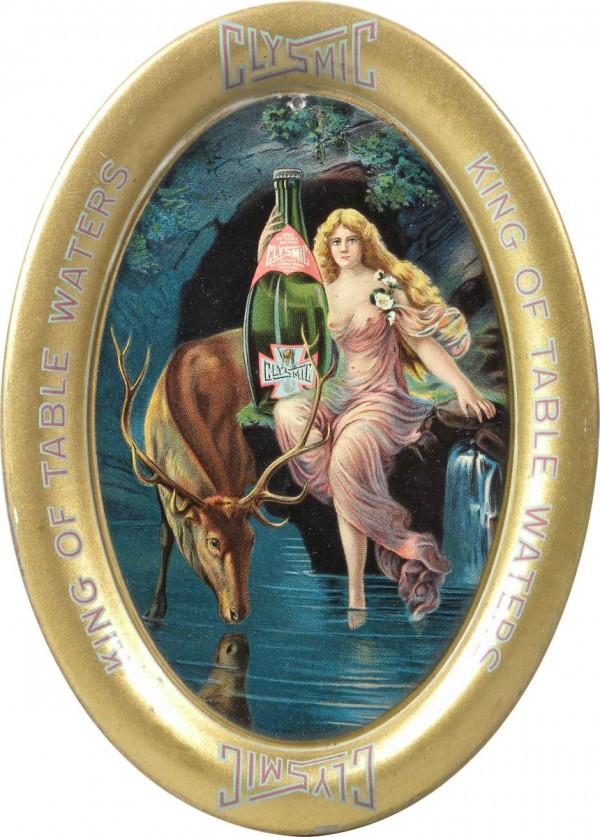 Source of B&W image (in back page advert section).

If this ad were selling bottled elk urine, I'd buy the stuff. Luckily, the product actually sounded beneficial. 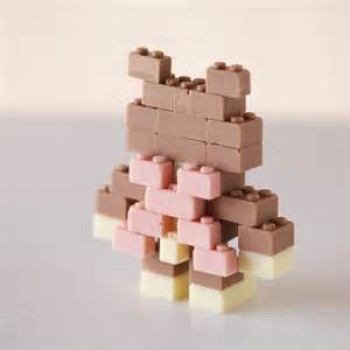 Chocolate Legos, yum! The heck with gingerbread houses, build me a chocolate skyscraper.

On a recent road trip through Oregon (while on vacation) I came across something in the town of Ashland that seemed WU worthy. It's an outdoor art gallery located on the underside of a bridge.

From a distance, you can't tell it's there. But as you approach, you see a sign identifying the area beneath the bridge as "The Path to Joy and Unity." It invites you to "open your heart and contemplate the magic that you will view." And then, as you get closer, you can see the artwork hanging upside-down. 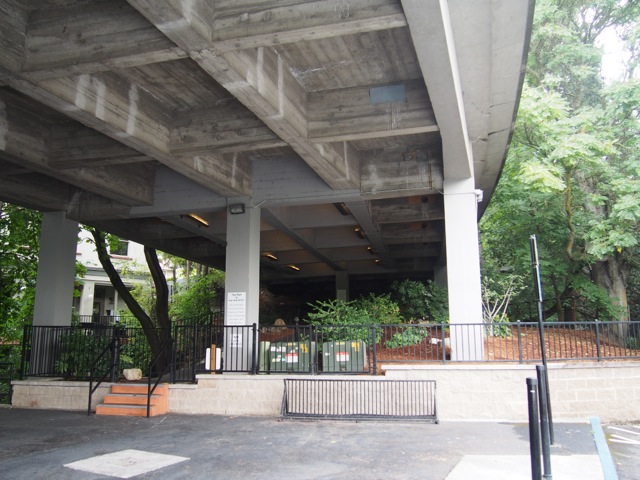 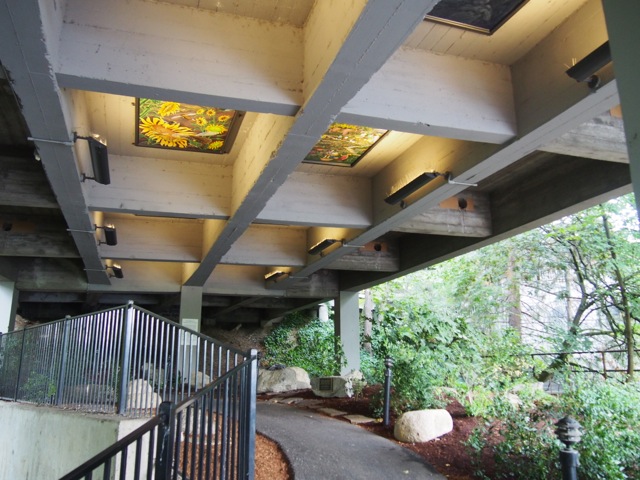 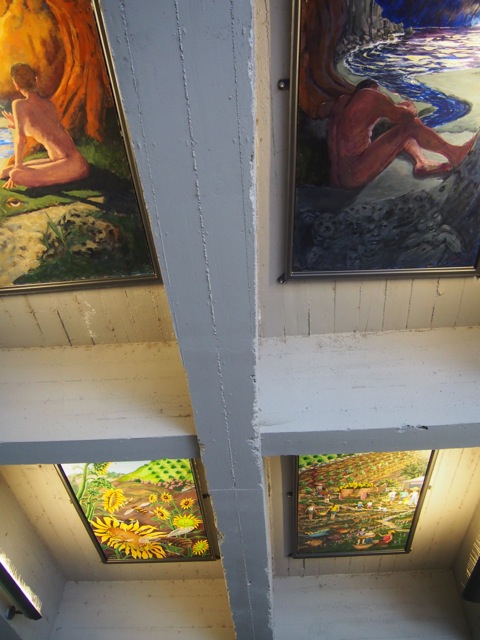 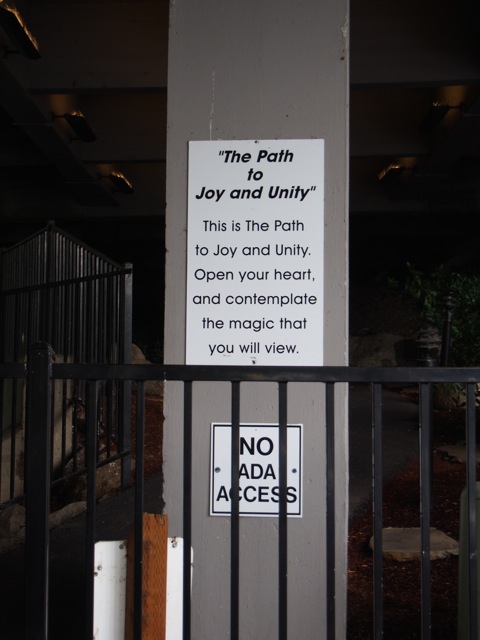