To avenge the stinging of a friend, this Darwin Award wannabe soaked a bees nest in a tree with gasoline and set it on fire. The explosion caused neighbors to call 911, but by the time firefighters arrived the fire was out and the bees were dead. No charges have been filed.

The above calf, born with two heads, on an Oklahoma farm is still alive. Let's hope there is something that can be done to help the little fella. There is a video at the link as well.

A 7 year Yale study was done teaching capuchin monkeys to use currency, aluminum discs the size of quarters, and compare their spending habits to ours. Interestingly, the animal behavior matched that of human decision making in many respects. Money makes monkeys out of us all I guess.

Due to the recent mention of hippopotomonstrosquippedaliophobia, the fear of large words and tryptophobia, the fear of holes, I bring you some more unusual fears. Pteronophobia is the fear of being tickled with feathers, something I would consider all in good fun. Then there is the tea party one- levophobia, fear of things to the left. Also, in the interest of fairness, the liberal one- dextrophobia, fear of things to the right. Interestingly there are three different names for the fear of erect penises. Check here, here and here for other phobias or to find your own.

It took me a while to notice this robot/ghost car has no human driver. That's weird enough. But then to learn the haunted car is on a sightseeing mission to NYC...

What were these guys smoking? Yvonne, a German cow that was slated for the slaughter house back in May, but escaped, has gotten a permanent reprieve. The wily bovine has managed to remain at large despite a call to hunters to go after her because she crossed a highway and nearly caused a wreck. Since then she has been living in the wild successfully and has quite a few fans. Due to the hue and cry she is no longer being hunted and when she is eventually captured she has a home at an animal sanctuary in the area. Her sister and her calf have also been acquired by the sanctuary and will be there waiting for her whenever she decides to give up her freedom and come back from the wild. 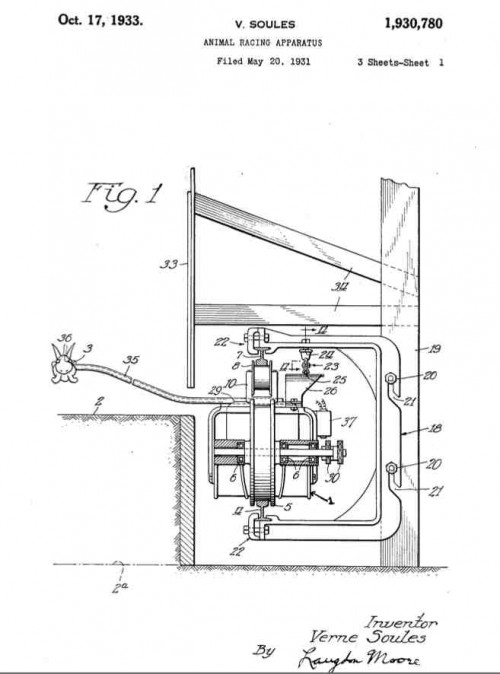 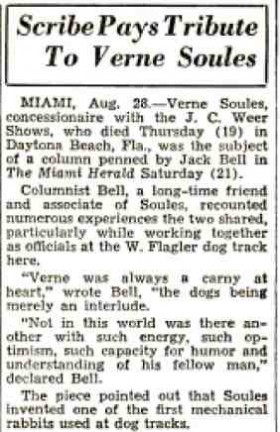 I do not think it is any too soon to begin contemplating the 80th anniversary (2013) of the invention of the mechanical racetrack hare, by Verne Soules.

As I noted last week, I'm taking the day off today. You are not looking at a real Pro Edition but rather yet another display of the News of the Weird column (M229) released yesterday on NewsoftheWeird.com and on the Google Group NewsoftheWeird, except that, here, you may click the link to take you to a version of the original story. (If you are a serious News of the Weird fan and read every word religiously, you will recognize that several of these stories have already run in Pro Edition. I'm only lazy once a year. Back at full turbo-thrust next Monday.)

Arkansas Time Machine, Back to the 1950s: In McGehee, a town of 4,200 in southeastern Arkansas, a black girl (Kym Wimberly), who had finished first in her senior class was named only "co-" valedictorian after officials at McGehee High changed the rules to avoid what one called a potential "big mess." As a result, in an ironic twist on "affirmative action," the highest-scoring white student was elevated to share top honors. Said Kym's mother, "We [all] know if the tables were turned, there wouldn't be a co-valedictorian." In July, the girl filed a lawsuit against the school and the protocol-changing principal. ABC News, 7-26-2011

Redneck Chronicles: (1) Roy Griffin, 60, John Sanborn, 53, and Douglas Ward, 55, were arrested in Deerfield Township, Mich., in July and charged with stealing a 14-foot-long, stuffed alligator from a barn, dragging it away with their truck, and using it to surf in the mud ("mudbogging"). When the gator's owner tracked down the three nearby, they denied the theft and insisted that theirs is an altogether-different 14-foot-long stuffed alligator. (Ward's blood-alcohol reading was 0.40.) (2) When deputies in Monroe County, Tenn., arrested a woman for theft in August, they learned that one of the items stolen was a 150-year-old, Vatican-certified holy relic based on the Veil of Veronica (supposedly used to wipe Jesus's face before the crucifixion). The painting had been stolen from the closet of a trailer home on a back road in the Tennessee mountains, where a local named "Frosty," age 73, had kept it for 20 years with no idea of its significance. Flint Journal, 7-7-2011 /// WVLT-TV (Knoxville), 8-4-2011

Of the 1,500 judges who referee disputes as to whether someone qualifies for Social Security disability benefits, David Daugherty of West Virginia is the current soft-touch champion, finding for the claimant about 99 percent of the time (compared to judges' overall rate of 60 percent). As the Wall Street Journal reported in May, Daugherty decided many of the cases without hearings or with the briefest of questioning, including batches of cases brought by the same lawyer. He criticized his more lenient colleagues, who "act like it's their own damn money we're giving away." (A week after the Journal report, Judge Daugherty was placed on leave, pending an investigation, and in July, he retired.) Wall Street Journal, 5-19-2011 /// West Virginia Record, 7-19-2011

Shakespeare Had A Point

The much quoted Shakespearean line from 'Henry the VI', "First kill all the lawyers". came to mind with this story. The 23 year old son and 20 year old daughter of an Illinois lawyer sued their mother for "bad mothering".
The $1.5 million suit cited such abuses as sending a birthday card to the son that he did not like, without money in it. Also quibbling with the daughter over the price of formal dresses and calling her to come home from a dance at midnight. The father and two other lawyers represented the poor abused children. Mom's one attorney managed to get the suit dismissed. Maybe they should sue dad for bad representation.