Does your face look like weathered rock? Then we want you on our TV show. Print ads from 2007 for some program called AXN Faces. [via coloribus.com] 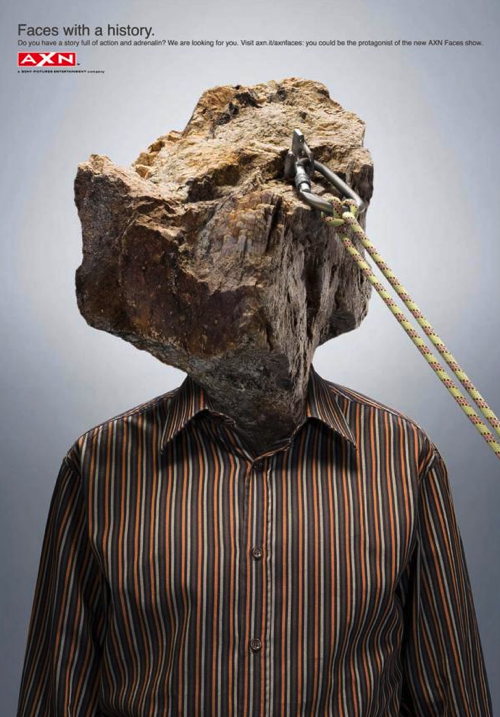 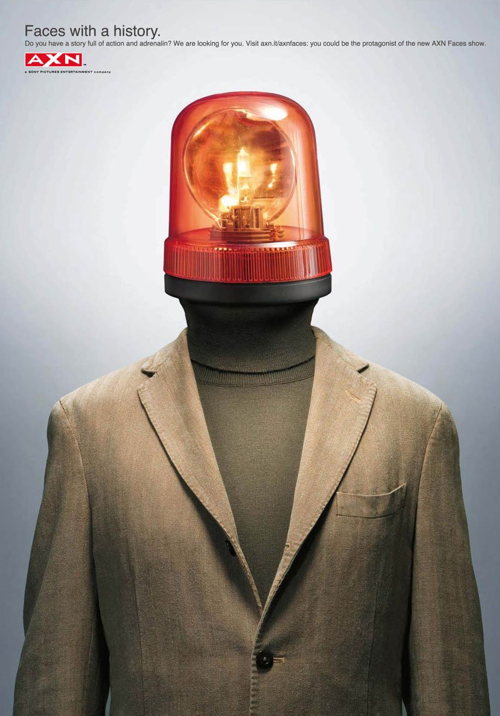 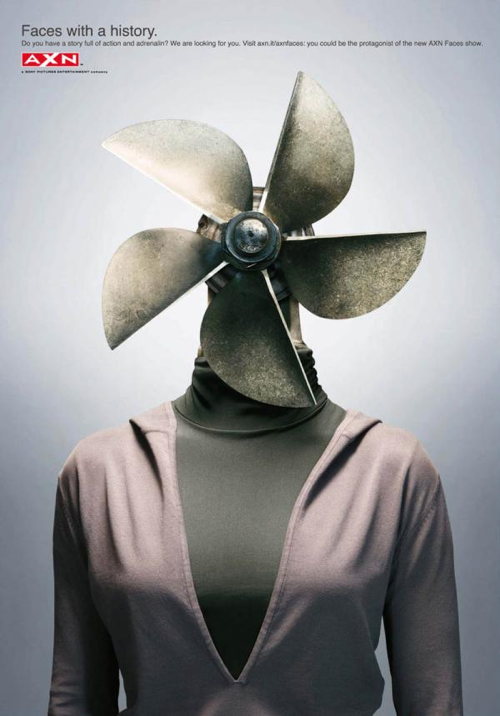 Too Fat To Fail

Artist Jeremie Maret installed a giant inflatable man inside his Zurich gallery. He calls the thing "Too Fat To Fail." Maret's gallery also doubles as a mini-hotel. He rents out two rooms — for those who want the full giant-inflatable-man experience. [via Dezeen]

"too fat to fail" inflate-deflate from Jeremie Maret on Vimeo. 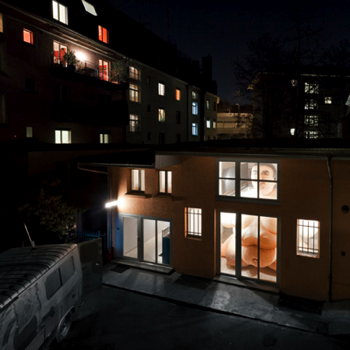 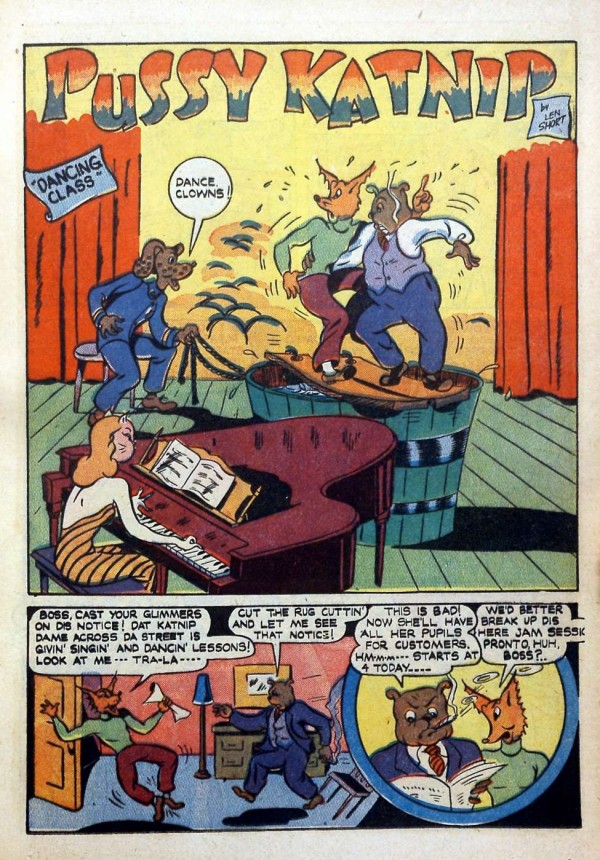 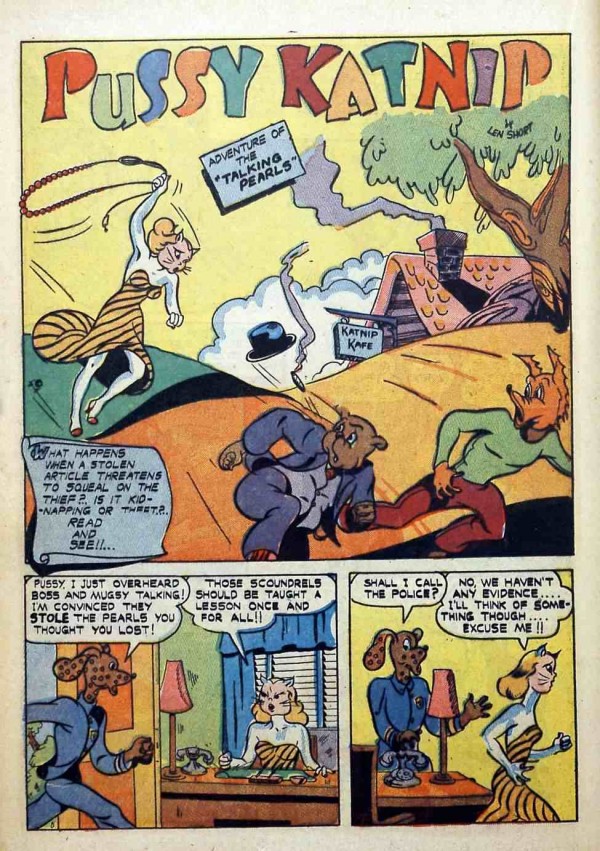 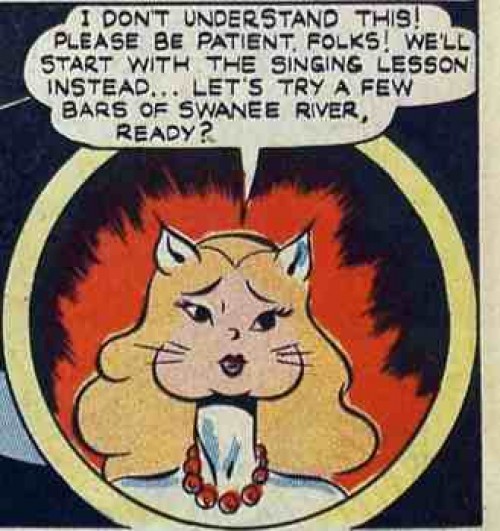 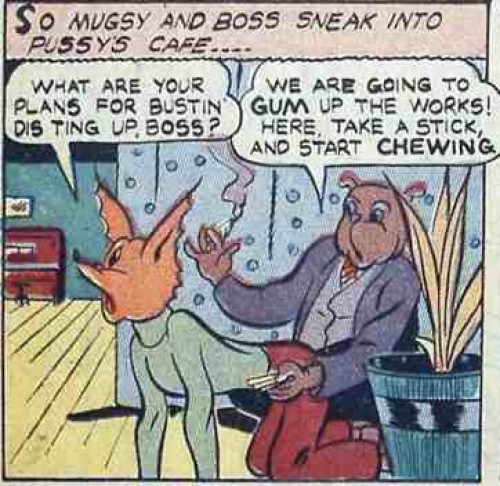 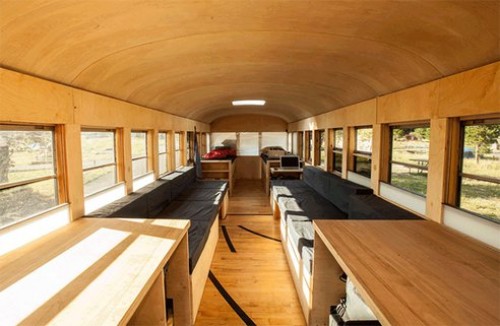 Yes, aliens probably have never had a cup of cocoa until they visit Earth; and if individuals of their kind live for hundreds of years, that would indeed be a very long time to go without cocoa.

But you know what? Aliens, cocoa...? Forget it! I still don't get the connection, no matter how hard I try.

Chessington World of Adventures animal park has noticed that, on occasion, their animals grow confused when they see people wearing animal-print clothing. For instance, a lion might think that a zebra-print shirt really is a zebra, albeit one "driving across the terrain in a 7.5 tonne truck." Also, the animals sometimes try to "communicate" with the people wearing the animal-print clothes. As a result, Chessington now asks that none of their guests wear such clothes while visiting the park. [This is London]

Creative Writing Class: Math teacher Ethel Anderson testified that the only reason she wrote hundreds of explicit sex e-mails to the 12-yr-old boy was to give him motivation to do better work in school. Nothing else. That’s the ticket. Tampa Bay Times /// Breaking news: Guilty! WTSP-TV (St. Petersburg)

No such thing as whale Q-tips. Consequently, researchers use columns of ear wax to get a good history of chemical pollutants in the water where the whales have roamed. NPR

Mayor J.J. Hudson of Flippin, Ark. (pop. 1,349) dropped by the police chief’s office the other day, tried fondling that handsome rifle the chief had recently confiscated . . and accidentally blew out a window. KAIT-TV (Jonesboro, Ark.)

Dark Days Last Week: A motorcyclist in Quebec died when hit by a floating deer (the result of its being hit by a car). A 20-yr-old woman accidentally fell off a balcony in India, landing on a 60-yr-old man, killing both. Mutually pulling off into a shopping center in Ionia, Mich., two armed road ragers opened fire and took each other out, permanently. /// A 49-yr-old man died on a firing range in Lyons, Ill., the result of what was officially called an “accident”--though there were multiple wounds in the neck and head. CFTR Radio (Toronto) /// Times of India /// WZZM-TV (Kalamazoo, Mich.) /// Chicago Sun-Times

Too Little Information: (1) Apparently the informal debate over some nuance or other in the philosophy of Immanuel Kant ended disrespectfully (yet non-fatally!), but we still don’t know precisely which nuance drew the shooter’s ire. (2) Hey, Take It Easy! Police say that a South Carolina woman stabbed her boyfriend for one Eagles song too many, but we don’t know which song set her off. BBC News /// WCIV-TV (Charleston)

Least Competent Geek: A computer hacker from Brazil, proclaiming how p.o.’d he is at American “spy[ing]” and involvement in Syria, and who is also confused about American acronyms, took down 14 websites belonging to NASA instead of NSA. Slate.com

Newsrangers: Chad Ericksberg, Bruce Leiserowitz, Andy Hastie, Lee Salem, and John Lafalce, and the News of the Weird Board of Editorial Advisors. 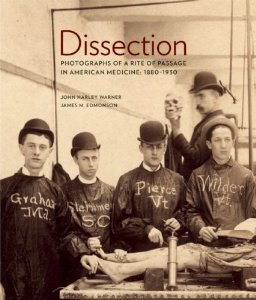 During the late 19th and early 20th centuries, it was a tradition for medical students to pose for the camera with the cadavers they worked on. The students also posed skeletons and bodies in various humorous scenes, such as playing cards, or gathered around the dissecting table to examine the living student.

Dissection: Photographs of a Rite of Passage in American Medicine 1880-1930

collects together these unusual medical photographs. Would be a nice coffee table book, if your guests aren't too squeamish. [via Memorias Perdidas] 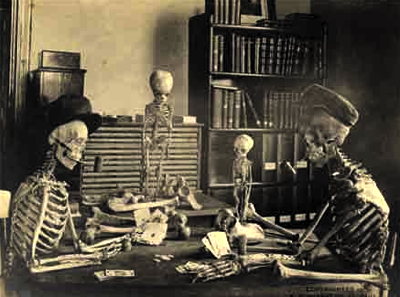 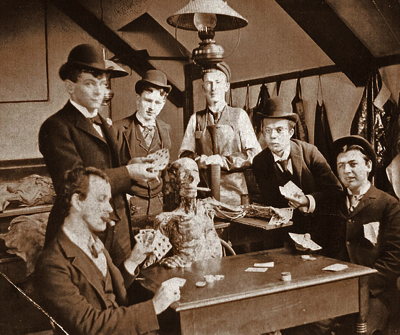 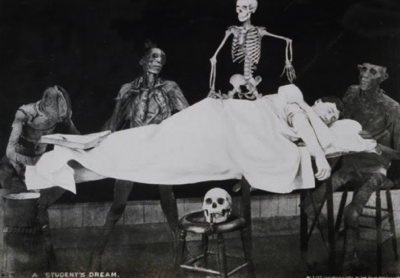