Better than a Hummer 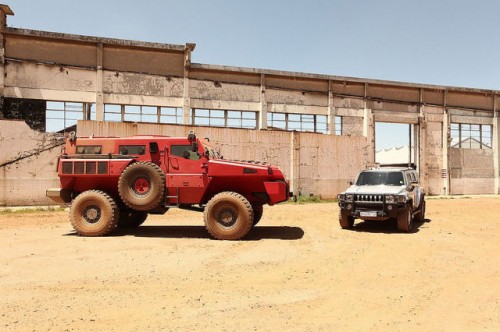 When I win the lottery I want one of these.

Posted By: BrokeDad - Wed Apr 29, 2015 - Comments (11)
Category: Destruction, Excess, Overkill, Hyperbole and Too Much Is Not Enough, Trucks

Created by artists Justin Crowe and Aric Snee who describe it as a "sarcastic solution to a quintessential problem — nobody wants to look alone while they mindlessly snap pictures of themselves." The stick is shaped like an arm, so in the pictures it looks like you're holding someone's hand. 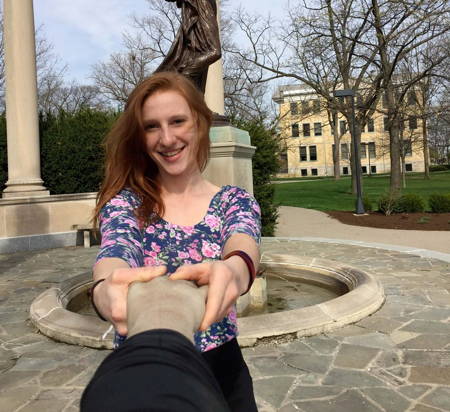 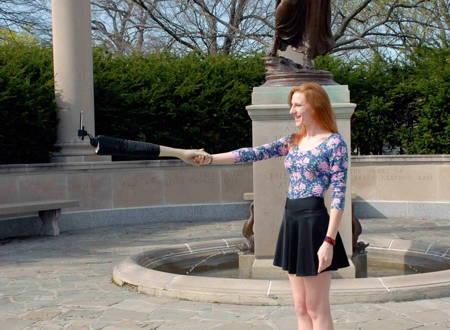 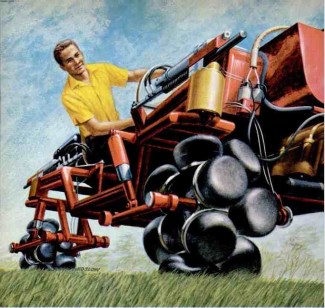 Through The Looking Glass

Recently a shady club owner was outed by a comedian for having a two way mirror in the ladies room. He refused to remove it when confronted so she put it on YouTube. The police are now investigating.

The folks at Starbucks were probably wondering how they could possibly top that deal. But they managed!

For Mother's Day, they're now offering a gift card that costs $200, and comes generously pre-loaded with a full $50 of store credit. The other $150 pays for the card, which is made of metal and ceramic (and comes in a fancy box). 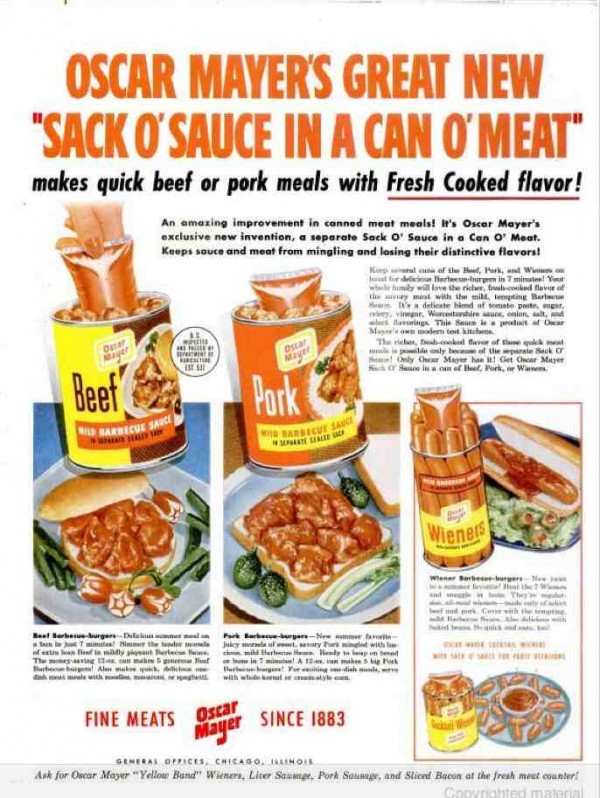 An elegant motto for a useless product.

Richie Trimble proved that he can ride a 15-foot bike through San Francisco. Next he has his sights set on a 20-foot bike.

It appears that at least since 1964, the union known as the Pickle Packers International has been choosing a woman to be "Miss Pickle."

The first foto below comes from THE DAILY EGYPTIAN for October 30, 1964. The second foto comes from the BUFFALO COURIER-EXPRESS for June 24, 1967, while the article comes from the TUSCALOOSA NEWS for May 7, 1967. 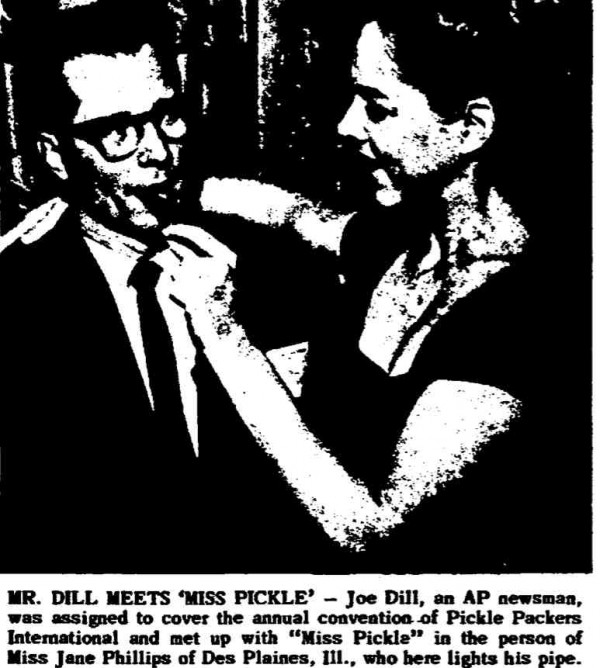 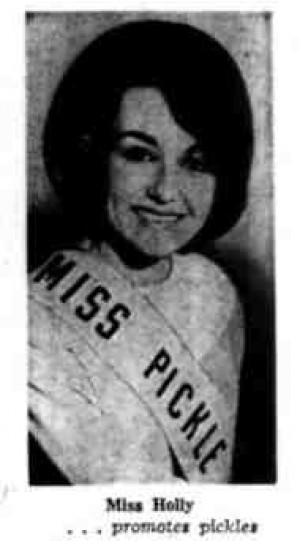 Finally, we come to Miss Pickle of 2014, who seems more like a cartoon company mascot than a beauty-queen. 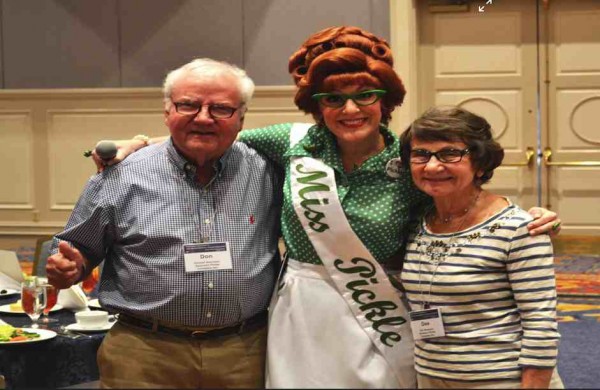