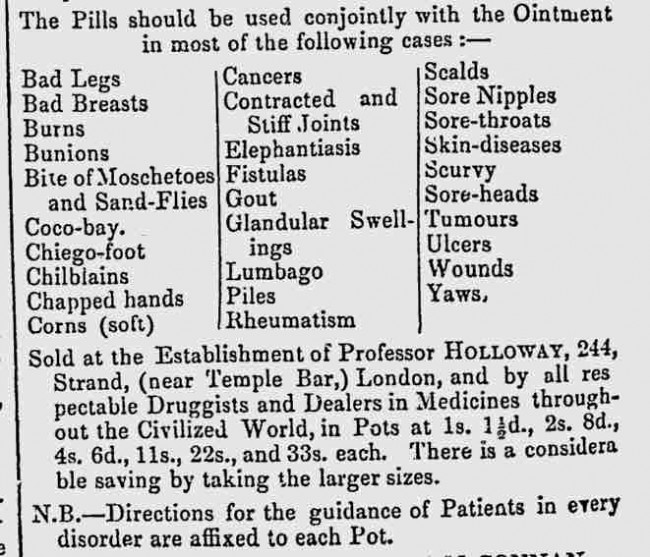 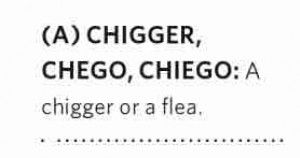 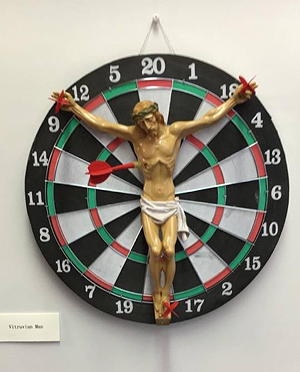 The latest example of religious-themed art that's stirring up controversy — a "dartboard Jesus." It was on display at the Rutgers University library, as part of an exhibit of student art, but was taken down recently because, according to campus officials, "it did not meet Rutgers University Libraries policy, which requires art exhibitions and their pieces to be based on university events, curricular offerings and topics of interest to the university community." In other words, it became too controversial.

It reminds me of the Crucified Chicken controversy from several years ago.

Modern "smart watches" can tell you how far you've walked and monitor your heart rate. But watches in the 1950s could also do that. Just in a different way. 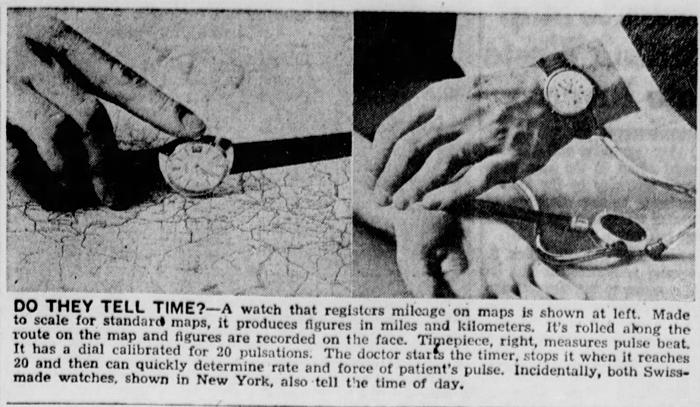 Beat Girl, aka Wild for Kicks

The Internet’s Promise Fulfilled (for Men, Anyway): Japan’s Tenga toy company appears to be first on the market with a virtual-reality bodysuit (for use with the Oculus Rift “Sexy Beach Premium Resort” 3-D game) containing a genital stimulator and the sensation of “groping” breasts--sending “impulses all over the wearer’s body to make it feel like another human being is touching them,” according to one reviewer (who expressed dismay that the bodysuit might put sex workers out of business). Said Tenga’s CEO, “n the future, the virtual real will become more real than [real sex].” Because of societal pressures, women are expected to be a less-robust market for the device than men. [Attn.com (Los Angeles), 4-5-2016]

In March, one District of Columbia government administrative law judge was charged with misdemeanor assault on another. Judge Sharon Goodie said she wanted to give Judge Joan Davenport some files, but Davenport, in her office, would not answer the door. Goodie said once the door finally opened, an enraged Davenport allegedly “lunged” at her, “aiming” her thrust at Goodie’s neck. [Washington Post, 4-5-2016]

Tennessee state Rep. Jeremy Durham has such a reputation as a “dog” around women working at the capitol that, following the state Attorney General’s damning report, the House speaker issued a directive in April relocating Durham’s office to a less-populated building across the street. Further, Durham is allowed access only to certain legislative meetings and to certain staff (i.e., no free-ranging among female staff members). After interviewing 34 people, the Attorney General said he believed that Rep. Durham’s unwanted sexual approaches and commentaries were impeding legislative business. [The Tennessean, 4-7-2016]

(1) Chinese courts (according to figures reported by Amnesty International in March) dispense justice so skillfully that more than 99.9 percent of cases result in convictions (1,039 acquittals in 1.2 million cases last year). (2) During its first 30 years (through 2012), the U.S. government’s applications for secret search warrants to the Foreign Intelligence Surveillance Court have been approved all but 11 times out of 33,900 cases. (FISC defenders say that is because all requests are finely-honed by guidance from the judges, but of course, both the Chinese and U.S. numbers, and reasoning, are, by designation, unverifiable.) [Daily Telegraph (London), 3-14-2016] [Stanford Law Review, vol. 66, February 2014]

“Who’s a Good Dog?” / “Yes, You Are”: Some are just blessed with doggy charisma, say owners who showcase their pet’s charm on “personal” social-media accounts, and now specialized marketers scour those sources to match the most popular pooches with advertisers seeking just the right four-legged companion for their image. As the Wall Street Journal reported in April, entrepreneurial dog owners have rushed to create popular Instagram accounts and Facebook posts (and now, even to put their photogenic pups on a live-streaming app called “Waggle”) to catch agents’ eyes (and, they hope, lead to four- and five-figure paydays from such advertisers as Nikon, PetSmart, Residence Inn, and Heinz). [Wall Street Journal, 4-6-2016]

New Jersey is a big state, but when just one man decided to move away, the state legislature’s budget office director warned that the loss of that man’s taxes might lead to state revenue problems. Billionaire hedge-fund manager David Tepper evidently pays a bundle, and the budget office director pointed out that the state’s reliance on personal income taxes means that even a 1 percent drop in anticipated tax could create a gap of $140 million over forecasts. [Bloomberg News, 4-5-2016]

Among the names chosen for Internet start-up ventures (although--face it--the more sensible names are already taken): Houzz (home design and remodeling), Kabam (online interactive game company, formerly “Watercooler Inc.”), Klarna (e-commerce company that pays the store for your purchases and then collects from you), MuleSoft (makes software to integrate applications), and Kabbage (makes small-business loans online). Wired magazine reported in February that those ventures, and two dozen other inexplicably-named startups, are all “unicorns”--with investors pledging at least $1 billion to each one. [Wired (February 2016)] (No, Wired magazine is not all online; go figure!)

Micro-Crime: (1) Surveillance video revealed that an intruder picked the lock on the No More Excuses gym in Edmonton, Alberta, on April 4th, did a workout, and stole a few minor items. (2) According to surveillance video, a man broke into a Five Guys restaurant in Washington, D.C., in the middle of the night on March 18th, cooked himself a cheeseburger, and fled. (3) Ellis Battista, 24, was arrested for the February break-in at Bradley’s convenience store in Las Cruces, N.M., in which he took only a pack of cigarettes--for which he left $6 on the counter. (However, he also damaged the door getting in.) [Canadian Broadcasting Corp. News, 4-6-2016] [WJLA-TV (Washington), 4-10-2016] [Las Cruces Sun-News, 3-1-2016]

(1) A 69-year-old man was killed on March 17th while awaiting emergency care at Vidant Medical Center in Greenville, N.C. He had been seriously injured in an earlier accident and was in the waiting room when a 59-year-old driver’s car crashed through the hospital doors and fatally struck him. (2) A 55-year-old man was killed in Memphis, Tenn., on March 23rd when a 15-foot trailer came loose and crashed into him on a sidewalk. The deceased, who had a lengthy criminal record for sexual assault, might have avoided the trailer if he had not been distracted by watching pornography on his phone as he walked. [WRAL-TV (Raleigh), 3-17-2016] [WGHP-TV (High Point, N.C.), 3-26-2016]

Amanda Schweickert, 28, was charged with a felony and three driving offenses in March in Springville, N.Y., when deputies noticed that her rear license plate was just a piece of cardboard painted to sort-of-resemble a New York plate (but more likely suggesting the work of an elementary school art class). (New York also requires a front plate, but Schweickert had not gotten around to that yet.) [WIVB-TV (Buffalo), 3-3-2016]

Britain’s annual Boring Conference (this year, July 5th at Conway Hall in London) brings together those who celebrate the mundane (previous topics include sneezing, toast, vending machine sounds, yellow lines, barcodes), and in anticipation, a BBC News commentator interviewed Peter Willis of the “Letter Box Study Group.” Willis, 68, was excited at having recently acquired access to a database of all 115,000 mailboxes served by UK’s Royal Mail and hopes, with the help of “splendid” mapping software, to visit and photograph each one, to examine the different styles. No doubt speaking for all members, Willis said the lay version of “boring” implies inactivity, but the obsessives in his Study Group (and in attendance at the Boring Conference) lead active lives, he said, with a wide range of interests. (The Conference, by the way, is sold out.) [BBC News, 4-1-2016]

Sri Lanka has, as an "unwritten symbol of pride and culture," the world's highest per-capita rate for eye-donation, according to a January [2012] Associated Press dispatch from Colombo. Underpinning this national purpose is the country's Buddhist tradition that celebrates afterlives. "He's dead," said a mourning relative of a deceased eye donor, "but he's still alive. His eye can still see the world." Doctors even report instances in which Sri Lankans consider giving up an eyeball while still alive, as a measure of virtue. A new state-of-the-art clinic, funded by Singaporean donors, is expected to nearly double Sri Lanka's export of eyeballs. [Associated Press via Daily Mail (London), 1-23-2012]

Thanks This Week to Steve Dunn, Neb Rodgers, and Larry Neer, and to the News of the Weird Board of Editorial Advisors. 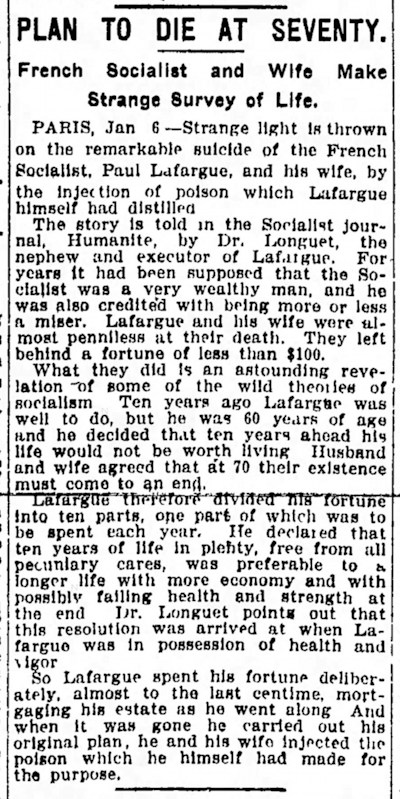 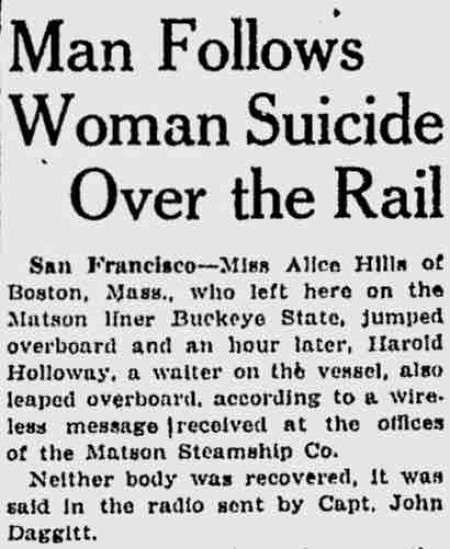 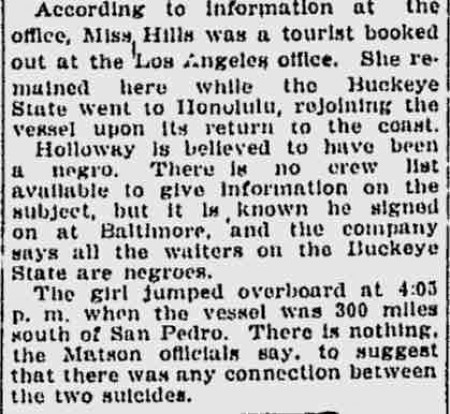