Pro Edition's quality is in part dependent on the inspirational quality of the news (up or down) each week. There are weeks in which "the news" crushes even the most cynical people. You may notice that here from time to time.

Things To Worry About This Week

Live Free Lucky or Die: Martin Hardy, 91, newly elected state representative from Barrington, N.H., right away balked at all that taxpayer money going to mental health treatment. "[T]he world is being inherited [sic] by too many defective people" ["drug addicts, mentally ill, the retarded"]. "I believe if we had a Siberia, we should send them to this, and they would all freeze and die, and we will be rid of them." Foster's Daily Democrat (Dover, N.H.)

"Lady, in our courthouse, we don't permit monkeys--even if they're small enough that you can keep one inside your bra cup." Lynchburg News & Advance (Lynchburg, Va.)

Greatest Threat to Planet Earth (continued) [Reminder: It's "ignorance"]: Ronald Renken, 66, was arrested in Austin, Minn., on several bunko-scheme charges after successfully selling people access to a satellite that would beam down cures for various maladies. KIMT-TV (Mason City, Iowa)

Update: The Buffalo, N.Y., Muslim who was setting up a TV station to run programs to dispel negative stereotypes of Islam was sentenced to 25 years for beheading his wife. (Nothing to do with Islam, though, except that he said she bossed him around like a "terrorist training camp.") Fox News

I found this on the icanhascheezburger-owned site "Historic LOLs." It's mostly just regular captions on vintage pictures, but occasionally they post actual vintage ads like this one. Be sure to check it out if you are interested in vintage pictures and ads.

The tragic 8.9 magnitude earthquake and resulting tsunami in Japan have done some horrible damage. Part of the effect of it, amazingly, is that the Earth was shifted on its axis by 4 inches. The huge waves of the tsunami also shaved 8 feet off of the Japanese coast. A truly devastating display of the power of nature.

Then visit the company that sells them here. 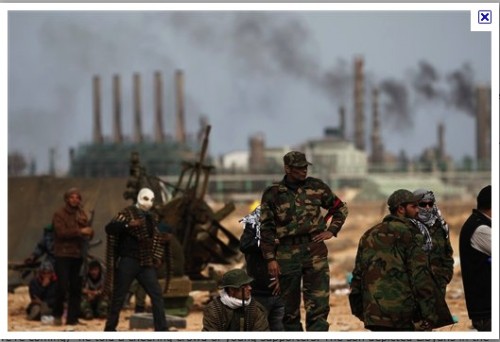 This is an actual Japanese McDonald's ad that has become somewhat notorious for its over-the-top portrayal of youthful excitement.

Everything Is Better With Bacon Even a veggie burger! Called the Hypocrite the sandwich is a veggie burger with bacon on it. A friend suggested it would play well in India and his Jewish wife said if that were the case then the reverse would do well in Israel.