PREVIOUSLY ON WEIRD UNIVERSE: As many as 50 exam monitors were forced to take cover at a high school in Zhongxiang, China, in June, fending off outraged students (and some parents) who hurled insults and stones at them after the monitors blocked cheating schemes on the all-important national “gaokao” exams. (It was “siege warfare,” and eventually “hundreds” of police responded, according to a dispatch in the Daily Telegraph of London.) Metal detectors had found secret transmitters and contraband cell phones used by groups beaming in exam answers from outside. Independent proctors had been assigned because of longstanding suspicions that the schools’ own proctors routinely enabled cheating (with results such as the 99 identical papers submitted in one subject on the previous year’s exam). Said one student (in the mob of about 2,000), noting how widespread cheating is nationally, “There is no fairness if you do not let us cheat [also].” [Daily Telegraph (London), 6-20-2013]

Sheriffs and government deed-recorders in several states have reported annoying attempts recently by “Moorish American nationals” to confiscate temporarily vacant houses (often, mansions), moving in without inhibition, changing the locks, and partying joyously--based on made-up documents full of gobbledegook and stilted legalese granting them sovereignty beyond the reach of law-enforcement. There is a venerable Moorish Temple Science of America, but these trespassers in Florida, Maryland, Tennessee, and other states are from fanciful offshoots that demand reparations (usually in gold) for Christopher-Columbus-era Europeans having stolen “their” land. A North Carolina police investigator told the Washington Post in March that “every state” is experiencing the “Moorish American” invasion. [Washington Post, 3-18-2013] [South Florida Sun-Sentinel, 1-28-2013]

PREVIOUSLY: Britain’s Anomalous Mind Management Abductee Contactee Helpline is the nation’s “weirdest” support group, wrote the Daily Mirror in June, providing a range of services to victims of kidnaping by extraterrestrials and of other haunting incidents to about 1,500 people a year, according to co-founder Miles Johnston. AMMACH uses an ordinary wall-stud detector to locate bodily implants and employs magnetic field meters and mineral lamps to identify “signatures” left on a skin’s atoms by visits to another dimensional reality, Johnston explained. “We are under the threat of termination as a species if we do not get this sorted out.” [Daily Mirror, 6-9-2013]

Sheriff’s deputies arrested Shane Kersey, 35, in March as the one who made phone calls to four schools in New Orleans’s Westbank neighborhood, threatening to burn them down. When taken into custody, Kersey had aluminum foil wrapped around his skull and secured by a baseball cap but explained to an officer that he needed it “to prevent microwave signals from entering his head.” [WWL-TV (New Orleans), 3-6-2013]

Among the character witnesses in May at the New York City sex-trafficking trial of alleged pimp Vincent George, Jr., 33, and his father were three of the younger man’s ladies, who praised him unconditionally to the jury as a good father to the children they bore for him and as the person responsible for helping them kick their drug habits. Heather Keith, 28, and Danielle Geissler, 31, referred to each other as Vincent, Jr.,’s “wife-in-law.” Geissler admitted that George (“Daddy”) slapped her around a bit, explaining that they both “slapped each other around sometimes but never over work or staying in the [prostitution] life.” (Three weeks later, the Georges were acquitted of sex-trafficking although convicted of money-laundering.) [New York Daily News, 5-28-2013; 6-19-2013]

Tim Blackburn, 50, fell off a ladder in Stockton-on-Tees, England, in 2007, and shattered his arm so badly that doctors had to remove four inches of bone and attach a metal scaffold around his arm that took six years to heal completely (and then only because of help from a cutting-edge ultrasound procedure). In May 2013--one day after he got a clean bill of health--Blackburn tripped over his dog and tumbled down the stairs in his home, and his arm “snapped like a twig,” he said. [United Press International, 5-22-2013]

PREVIOUSLY: Technology companies are making great strides in odor-detection robots, valuable in identifying subtle scents ranging from contaminants in beer-brewing to cancerous tumors in the body. And then there is CrazyLabo in Fukuoka, Japan, which is marketing two personal-hygiene robots, available for special occasions such as parties, according to a May BBC News report. One detector, shaped as a woman’s kissable head, tests breath odor and responds (e.g., “smells like citrus”; “there’s an emergency taking place”). The other, resembling a dog, checks a person’s feet and can either cuddle up to the subject (no odor) or appear to pass out. [BBC News, 5-8-2013]

PREVIOUSLY: The local council in Brunete, Spain, near Madrid, has now seen a radical drop in unscooped dog droppings after employing volunteers to find the names of derelict dogs. They then matched the dog with town’s dog registrations to obtain the owners’ addresses, then mailed them packages containing their dogs’ business (terming it “lost property”). [Daily Telegraph (London), 6-4-2013]

PREVIOUSLY: Elementary school teacher Carie Charlesworth was fired recently by Holy Trinity School near San Diego, Calif.--with the only reason given that her ex-husband has threatened to kill her. After a January weekend in which Carie was forced to call police three times because of the threats, the husband had shown up the next day in Holy Trinity’s parking lot to see her, provoking officials to immediately put the school in lockdown. In a termination letter, officials noted that Charlesworth’s students are constantly at risk from the ex-husband, that her restraining order against him is obviously not a deterrent, and that they thus “cannot allow” her to continue her career at the school, according to a report by San Diego’s KNSD-TV. (Battered-women support groups, of course, were horrified at the school’s decision.) [KNSD-TV, 6-12-2013]

Yasuomi Hirai, 26, was arrested in Hyogo Prefecture, Japan, in June after being identified in news reports as the man who had crawled “dozens of meters” in an underground gutter solely to gain access to a particular sidewalk grate near Konan Women’s University in order to look up at skirt-wearers passing over the grate. After one pedestrian, noting the pair of eyes below, summoned a police officer, Hirai scurried down the gutter and escaped, but since he had been detained several months earlier on a similar complaint, police soon seized him, and indeed, he later admitted, “I have done this numerous times.” [Japan Daily Press, 6-13-2013] [Kotaku.com, 6-21-2013]

The man who claimed the “world’s record” for traveling the farthest distance on a zip line attached only to his hair was killed in April as he similarly attempted to cross the Teesta River in West Bengal, India, on a zip line. He died of a heart attack, and since observers were unclear whether his limpness was part of the performance, he hung lifeless for 45 minutes. (He was identified in news reports as a “Guinness Book” record-holder, but as with many such claims, the Guinness Book has no such category.) [BBC News, 4-29-2013]

A 22-year-old man was killed in March attempting to rope-swing from the picturesque, 140-foot-high Corona Arch near Moab, Utah, trying to emulate a famous 2012 Internet video at the Arch, “World’s Largest Rope Swing.” This man, however, apparently overestimated the length of rope he would need to launch himself off the Arch to begin his swing--and crashed to the ground. [KSL-TV (Salt Lake City), 3-25-2013]

A 48-year-old immigrant from Malta regularly hangs out in various New York City bars, but always on the floor, so that he can enjoy his particular passion of being stepped on. "Georgio T." told the New York Times in June [2009] that he has delighted in being stepped on since he was a kid. While one playmate "wanted to be the doctor, [another] wanted to be the carpenter . . . I would want to be the carpet." Nowadays, he carries a custom-made rug he can affix to his back (and a sign, Step on Carpet) and may lie face-down for several hours if the bar is busy. He is also a regular at "high foot-traffic" fetish parties, where dozens of stompers (especially women in stilettos) can satisfy their own urges while gratifying Georgio. [New York Times, 6-14-2009]

Thanks This Week to David Miller, Dave Bonan, Ellen Shannon, and Cynthia Hall, and to the News of the Weird Board of Editorial Advisors.


She must have a really bad insurance plan!

Lose Your Head If It Wasn’t Attached

Head transplants , according to Italian surgeon Dr. Sergio Canavero, are possible. Not in the future, but right now he claims. It has been attempted on animals in the past but total paralysis was an insurmountable problem. The doctor says spinal cord repair is possible today. The proceedure is estimated to require 100 surgeons 36 hours at the cost of 8.5 million British pounds. I doubt NHS or Obamacare will ever cover it though.

Of course, it was all a hook to sell toys, as the promo above might hint at.

But if you still doubt, check out a larger segment below.

Artist Ruth Rieffanaugh creates pictures of the Boston skyline out of old parking tickets. Her rule is that she doesn't take the tickets directly off of cars. She has to find them on the ground "discarded in disgust by others." [Boston Magazine] 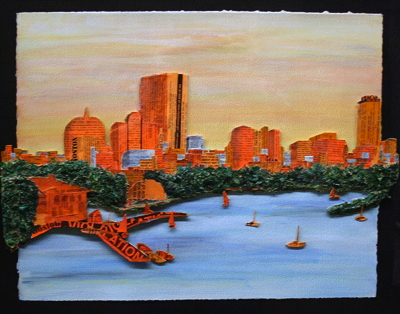 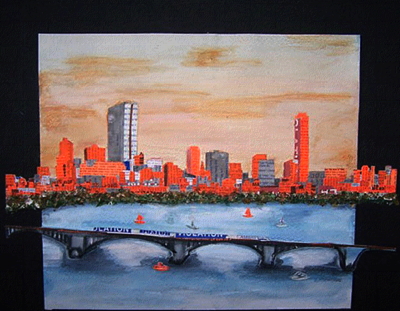 Here is something akin to fireworks for the 4th.

"KOU KOU is a visual work based on an abstract animation synchronized with a song comprising the unique syllabic sounds of the Japanese language, without actually using any full words."

Stop! Have you washed your hands?

“The Blob” Shipped To Your Home

If you haven't seen "The Blob", you need to watch that classic sci-fi horror film. For the uninitiated, watch this magic putty absorb magnets. It's not the same as "The Blob" oozing into the movie theatre through the air vents, but who could predict you could have this in your own home?

I've also included the preview to "The Blob". Don't forget to listen to the snappy tunes at the end.

Here's the link to buy some magnetic putty of your own!! 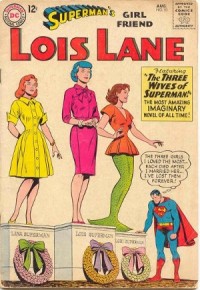 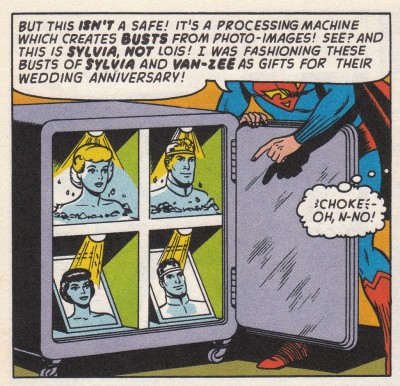