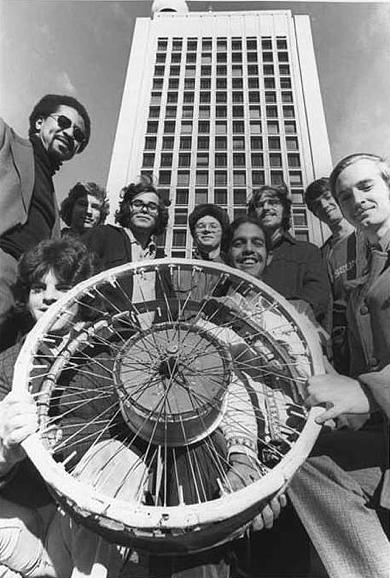 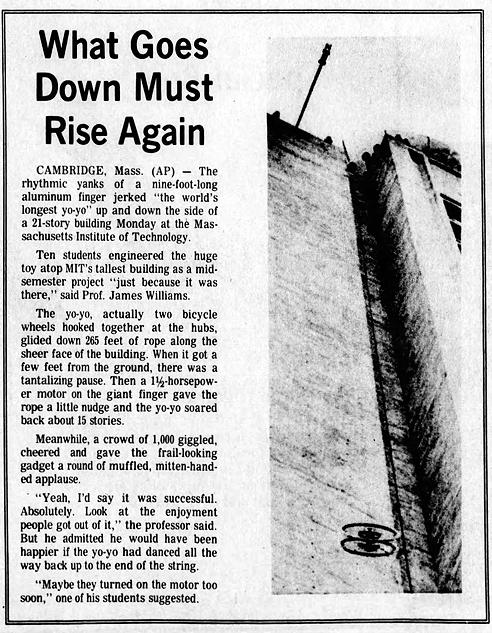 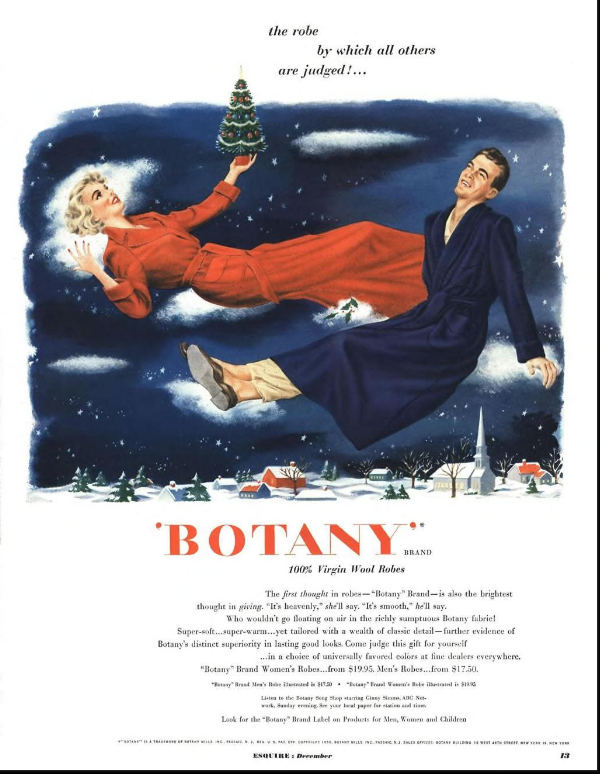 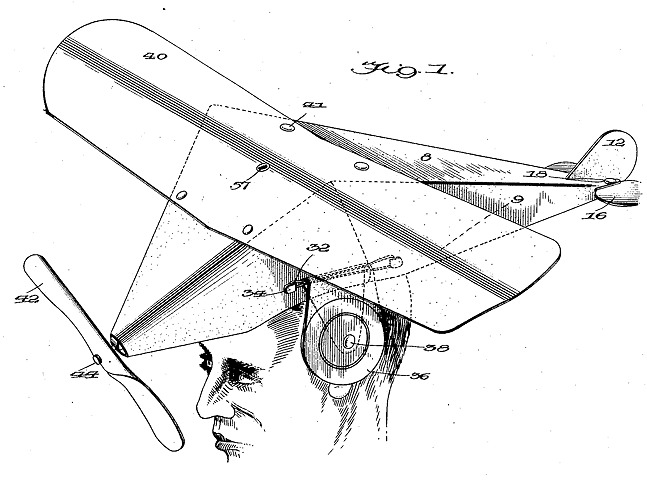 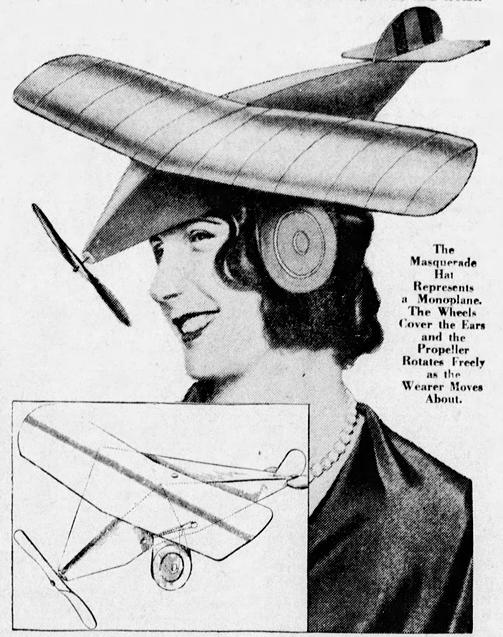 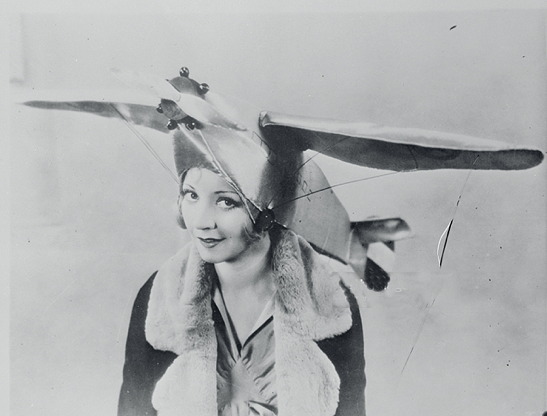 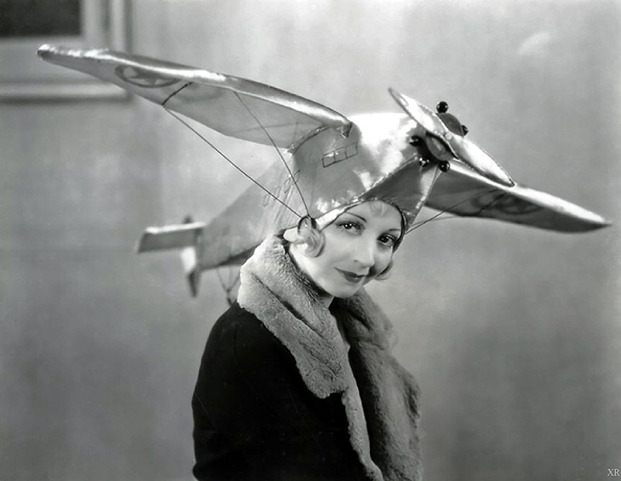 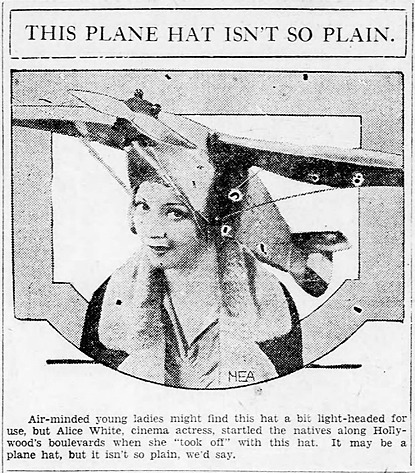 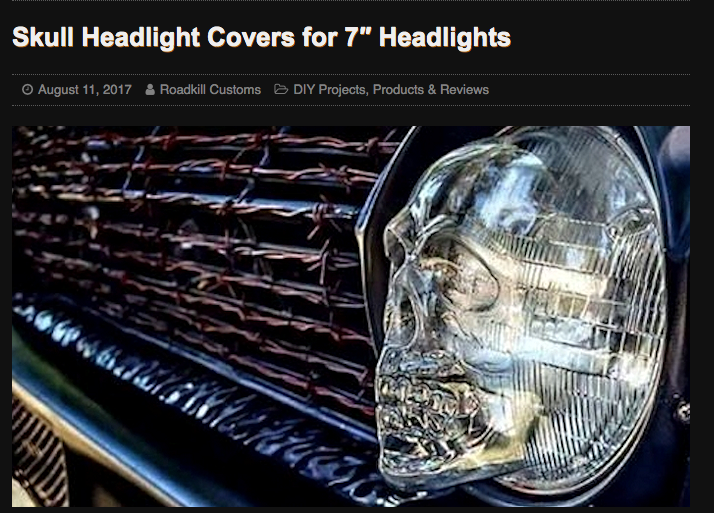 A gag gift from the early 1960s, created by inventor Jack Hurlbut: "When a button is pressed the lights flash, the dials spin, the switches turn—and nothing happens."

It briefly made headlines in 1965 when a man took one with him on a flight, and was promptly detained on the suspicion that he was carrying a bomb.

The Nothing Box is another one of those vintage curiosities that seem to have completely disappeared. I can't find any evidence that one of them still exists. 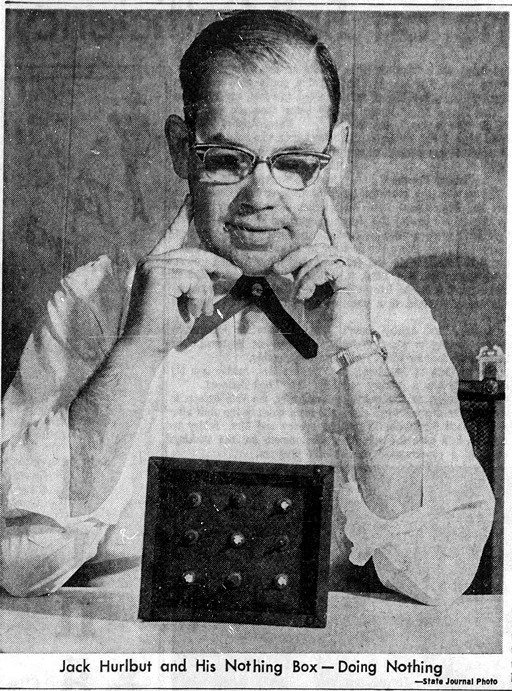 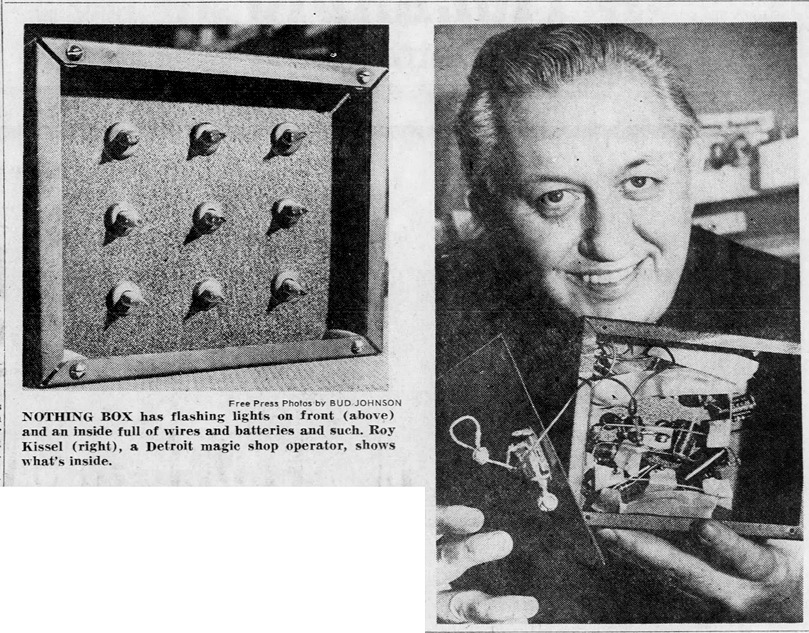 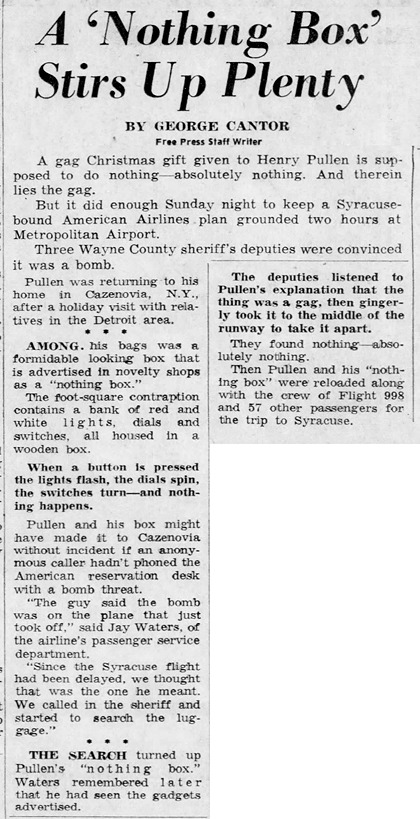 
Every Night I Bring Her Frankfurter Sandwiches

Artist Cheryl Capezzuti creates sculptures out of dryer lint. Her latest show will, appropriately, be at a coin-op laundromat, in Lawrenceville, Pennsylvania. 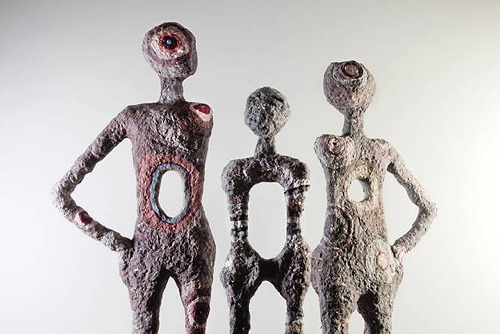 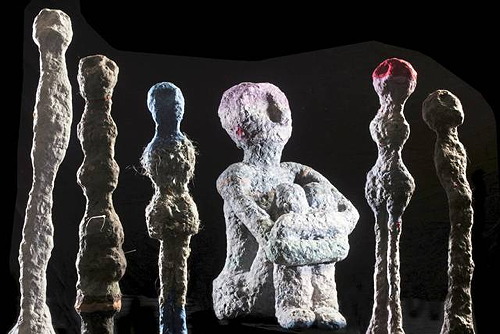 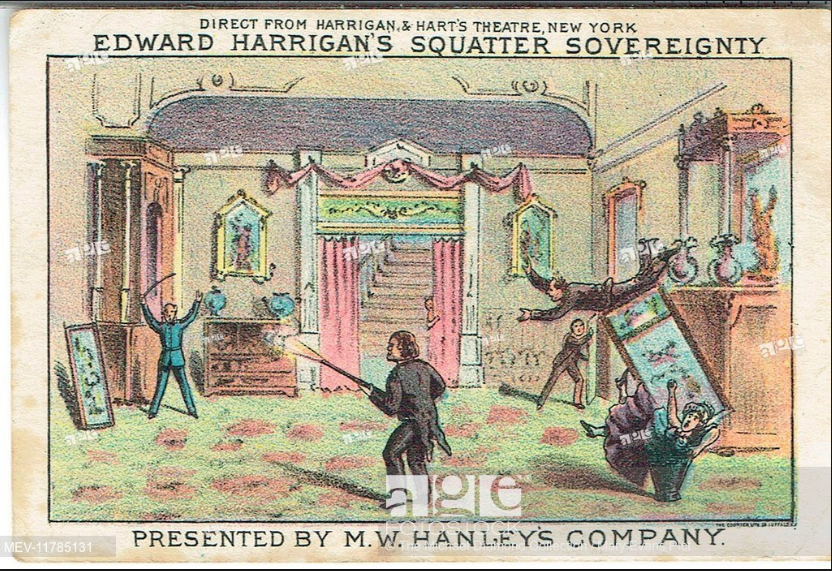