Not something you see every day.

Inventions Out Of Time 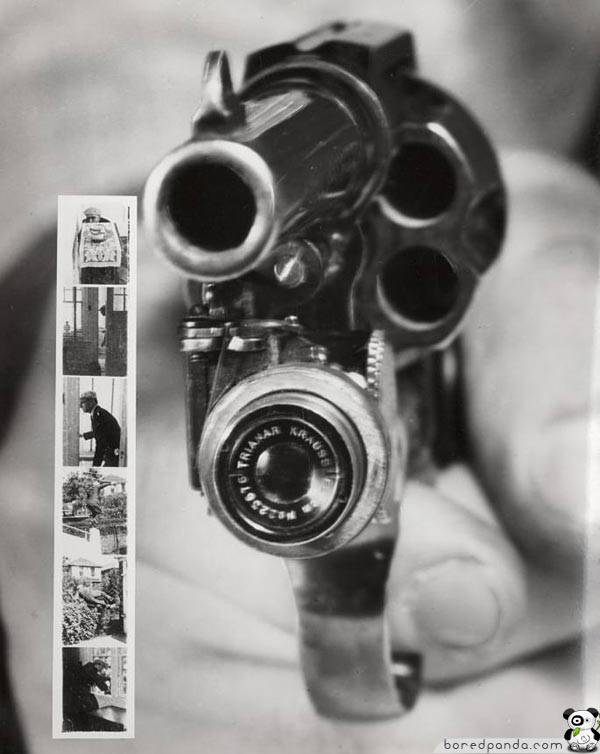 Check out some pictures of inventions that were ahead of their time. Like the revolver with camera above that takes a picture when the trigger is pulled, to capture that surprised look right before the bullet hits.

Hugo from Jan Lachauer on Vimeo.

Professor Music is deeply pleased that so many (other) Weerdoes also enjoy epidemiology, hence:

The data also suggests a substantial variability in the number of licks required to reach the center.

A one half scale replica of the Titanic has been built as a museum. It looks like a great place to go, with interactive exhibits and replicas of some of the poshly appointed rooms on the ship. Good luck finding it though, the article mentions Tennessee, but the linked info at the end of the article say Branson MO.

Update: The article at the link corrected the reference to Tennessee, it now reads Missouri.

If only those coupons had been reedeemable for lung surgery.


Stories From The Shallow End Of The Gene Pool

Brothers and sisters fight , nothing weird about that. But a 17 year old young lady trying to slash her 21 year old brother's throat? He must have done something pretty appalling, like...question her use of margarine over butter in mac and cheese.

If you are driving drunk, flip the car and are trapped in the seat belt you are already caught right? So while hanging there why not have a few more brews. After all why stop at a four day drinking binge.

A lawn mower is not a good get away vehicle. When stealing one as well as other lawn equipment on a trailer having a truck to haul it on works better than pulling the trailer away with the mower. Cop cars go a little faster and tend to catch up.

It is not a good idea to prove what a tough guy you are by exchanging air rifle shots in the butt with an equally tough (stupid?) buddy. At first the guys thought they were fine, but as things got worse they ended up going to the hospital. Pellets had to be removed, guess air rifles are powerful enough to break the skin after all.