Most days I'd pay someone not to look under my sofa. That said, at http://www.opulentitems.com/unique-gift-idea.html
or Opulent Items, for only $200 you can have an led light that changes colors for under your sofa. This site, touted as 'home of unusual luxury', has many such essential items. For $40 an i-pod docking station/toilet paper dispenser so you can take care of business without missing a minute of your playlist. Guys, how about a voice controlled tv remote? If you misplace it just yell and the channel will still change. Perfect because when you lose the remote you yell anyway, so now it will be productive! On the less expensive end of the scale, we have a color changing led light that comes on when you run the faucet for just $15. For that unrepentant, well to do smoker there is the lovely (at least before it is used) diamond ashtray. This falls at the upper end of the price range at $7,250. Wow, what a steal!
Peruse at your leisure and see how a fool and his money are parted.

Retiring a News of the Weird Evergreen
Our old friend H. Beatty Chadwick, never convicted of doing anything wrong, has nonetheless been incarcerated near Philadelphia since the middle of President Clinton's first term, to encourage him to hand over money to his ex-wife in their divorce proceeding. At the time, he swore there was no money, that he had lost it all in investments. The judge didn't believe him, then or on any of the ensuing 5,200 days, but on Friday, the law finally said, 14 yrs, WTF? Some murderers in Pennsylvania are out way sooner than that. Philadelphia Inquirer

Economic Stimulus Is Working
Why, there's even a £50k ($80k) job opening for a witch, living the life, looking hag-like, cackling. It's for a tourist park that features a replica Dark Ages cave, which must have a witch on duty. BBC News

Nothing Is My Fault
(1) A well-to-do British doctor retired in 1991 and donated everything he owned to the Self Realization Meditation Healing Centre because he felt at one with its lady guru. It took 18 yrs for this highly educated man to work himself free of the fraud by that manipulative, 78-yr-old woman . . which means . . lawsuit! (2) A 15-yr-old girl in New York City fell into an open manhole, got a little skinned up and bruised, went to the hospital briefly, and maybe got an MRI to see if there was worse damage. That's a lawsuit, too! (Bonus: She fell in because she was distracted by texting.) Daily Telegraph /// New York Daily News

Barney and Gomer on Duty for Your Safety
When Yr Editor had business in federal buildings in Washington way before 9-11, it was jolly fun to try and game the "security" guards by flashing a true ID but then signing in under a completely different name, to see if they would notice. To my knowledge, no guard ever did. Obviously, security has improved since 9-11, in tha— . . . wait, it says here in this GAO report that things are worse. Secure buildings may have X-ray machines now, but if the Federal Protective Service officers ignore the monitors— . . which investigators found a high incidence of, they could sneak in bomb-making components at 10 sites, unbothered. . Washington Post

From rubber chickens to bacon strips, one stop shopping!

If you're always losing your dog during hunting season or if he just runs away from home than you can get the Garmin Astro GPS Dog Tracking System. You can buy one here: 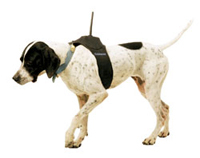 Prank phone calls- 'Is your refrigerator running?' 'Better go catch it!' or 'Do you have Prince Albert in a can?' 'Better go let him out!'. Most kids make a few harmless, if annoying to the receiver, calls at some point. Not a big deal right? Well it's becoming a big deal to hotels across the country. Pranksters are calling guests, and in some cases employees, with outrageous requests in the name of emergencies. In Orlando, Florida a vacationing police officer did $5,000 worth of damage to a room because a caller claiming to be the front desk clerk told his wife there was a gas leak. The man had thrown a mattress out the window and the couple and their three children were instructed to jump to 'safety'. Fortunately the Hotel Manager showed up, on a noise complaint, in time to stop them. No charges were filed, nor was the couple made to pay the damages as they believed it was a real emergency. In Arkansas hotel employees were convinced to test the emergency alarms by a caller claiming to work for the sprinkler system company. They subsequently caused $50,000 worth of damage. A Comfort Suites in Alabama was damaged to the tune of $10,000 by sprinklers being set off. This time by a guest who callers had fooled into thinking there was a fire in the hotel. Then we have the Nebraska debacle. Employees were instructed to pull the fire alarm. Next they were told to break the front window to stop the alarm. The employees asked a truck driver to drive into the front of the building to break the widow, and he obliged them. Wow, phone pranks have come a long way since the days of 'Could you page Richard Hurtz, oh he goes by Dick.' http://www.orl.com/news/local/breakingnews/orl-bk-hotel-prank-070809,0,5685745.story

Update: My apologies for the bad link. Here's a different one with the same story- http://www.cleveland.com/nation/index.ssf/2009/07/unsuspecting_guests_employees.html

The first two are pretty harmless, but I don't know if the Cobra Beer ad would be broadcast in the US -- what do you think?

I want to know where to get some of this gum.

Which network do you think would air this commercial?

This watch is named after the newly discovered planet called Eris. It was made by Pierre Junod Switzerland. You can buy it here for $450: 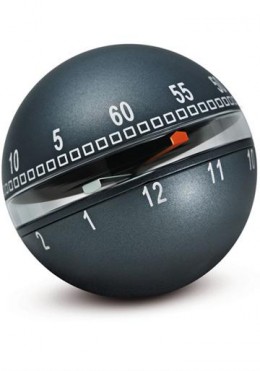 Many people joke about it, and there is even a dessert named Death by Chocolate, but it is no laughing matter. A man working at a chocolate processing plant in New Jersey lost his footing, fell into the large melting vat, and was hit in the head by the agitator.
Source: CNN.com