If you give a crow (well, really a rook) a worm in a tube of water, will the bird fill the tube with rocks to get the worm to rise to the top? 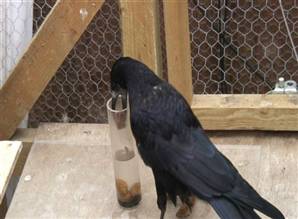 Now if we could just find that dog with the bone growling at his image in the water.

A number of beaches in northern France are not safe for use due to the presence of toxic seaweed. Nitrates have contaminated the water and the seaweed. When the seaweed is washed up on the beach it rots, as it rots it produces hydrogen sulfide. When the crust that forms over the rotting seaweed is disturbed the gas, which is as poisonous as cyanide, is released. A worker paid to clear one beach was overcome and remains in a coma. Another instance involved someone riding a horse, the rider was rendered unconscious and the horse died. I guess life's not just a walk on the beach anymore. http://news.sky.com/skynews/Home/World-News/Rotting-Seaweed-Toxic-Fumes-Alert-In-France-Tourists-Told-To-Avoid-Beaches/Article/200908115355431?lpos=World_News_

If you don't like the normal computer mouse you can buy the Finger Mouse. It's made by Brando and unlike a normal mouse you wear it as a ring and you have to hit the buttons using your thumb. You can buy one here: 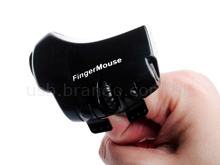 When your Dad says its time to go to church and you don't want to -- what's the solution? Take the car for a spin, get chased by the police and show up on the national news.

It all seems so "OJ" until the little tyke hops out at the end and runs for the garage.

For the many many who enjoyed "Eyebrows," may I present "Hair" (Go ahead, be judgmental)

You don't have to live fast or die young to leave an attractive corpse; They guarantee that your suicide will be an event that nobody will easily forget.

Chuck doesn't "do" hoaxsites, unless they're extremely well done; myself, I loves 'em; this one is lovingly-crafted by the brilliant folks @ The Onion (I believe): Yu Wan Mei Amalgamated Salvage Fisheries and Polymer Injection Group

I want to be the first to welcome our new Overlords

Harpsicord and Catwoman - made of Legos

What do this working harpsicord and the picture of Catwoman have in common? All made of LEGOS!! 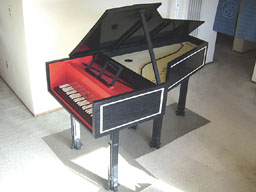 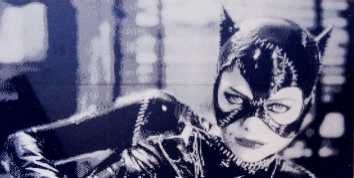 The piano adds only wire to make the sound, but it works. This website shows some of Henry Lim's LEGO sculptures.

Dominik A. Bailey Jr. of Vershire, Vermont was missing his deceased father. So he went to the cemetery and removed his father's remains and took them home. When his mother found his dad missing from the cemetery she called police telling them she suspected her son had taken the remains. Additionally a neighbor of the cemetery identified Dominik as having borrowed a wheel barrow and entered the cemetery with it. Dad's remains were recovered and Dominik faces a possible 15 years in jail and up to $10,000 fine for felony removal of human remains. http://www.upi.com/Odd_News/2009/08/04/Watercooler-Stories/UPI-21591249381800/

Check your closet for Blythe dolls. These weird mutants are highly collectible today.

Adultry Can Be Painful

Donessa Davis found out how painful adultery can be when you get caught. His wife, Tracy, found out he had some internet honeys on the side and clued three of them in on his game. One of the mistresses, Theresa Ziemann, invited Davis to meet her at a motel for a 'massage'. When he arrived she convinced him to allow her to tie him to the bed and blindfold him. Next she allowed two more of the mistresses in the room. Wendy Sewell, Michelle Belliveau, along with Zeimann proceeded to hit Davis and threaten him with a gun. As the final punishment they glued his privates to his stomach with super glue. The women then took his mobile phone, wallet, and car leaving Davis to be later discovered and taken to the hospital. http://www.dailymail.co.uk/news/worldnews/article-1204038/women-revenge.html

Bonus: There are pictures of the 'lovely' ladies as well.