Was there ever really a time and a land filled with singing pump jockeys and winking signage? 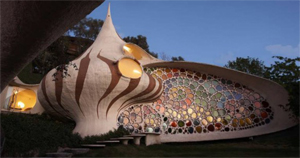 Some young people in Australia are getting their excitement challenging alligators even more aggressively than Steve Irwin was known to bait crocodiles. It started with pictures on Facebook of people standing atop alligator traps and now pictures of of two guys inside a trap with one guy on top of it have been posted. Wildlife officials are up in arms about this dangerous activity. They state it won't be tolerated and if caught the men will face a large fine and a possible five years jail time. Although, if these guys continue their behavior they may end up paying a bigger price yet. Interestingly, Manton Dam, where this took place is about 50 miles from a town called Darwin.
http://www.ntnews.com.au/article/2009/12/27/111921_ntnews.html


When I saw this all I could think of was- this is the coolest dad in the world! He mounted a camera on a remote control plane and let the kids try to shoot it down with fireworks. The kids must have had a blast!

A Boy Doing A Man’s Job

In the northern German town of Reinfield the police got a surprise when they pulled over an excavator driving down a city street yesterday. The driver immediately pulled over and excited the vehicle he even admitted he did not have a drivers licence. The licence thing was obvious due to the driver being a seven year old boy. When asked why he was driving the 11.5 foot tall machine the boy stated that his dad had complained about road conditions so he, the boy, used the machine to clear the road. In fact the young man was on his way back to his parents place of business to park the excavator when he was stopped. The police collected the keys and returned them and the boy home.
http://www.thelocal.de/national/20091224-24157.html

Illustrating Why "I Hate My Parents"

Girls taking pictures of themselves with iPhones

Hey! Look at this 'frakking' geekster!

The Cars of Walmart shoppers, Volumes One, and Two


Hugs and Kisses all 'round,

If you are going to a snowball fight any time soon, remember your kevlar vest. A group of 20 and 30-somethings were invited on Twitter to a snowball fight at 14th and U Street in Washington D.C. this Monday just past. Everyone was enjoying themselves, no fist fights or anything, just the occasional car getting hit by an errant snowball. Then an off duty police officer's personal vehicle, a Hummer, was hit by a some snow.. The Detective jumped out, drew his gun, and threatened some of the fun seekers. End of fun. The D.C. police department, after first denying a gun was draw, admitted the fact when faced with video of the incident. Don't you just hate it when that happens! Now the department is looking at whether it was excessive for a gun to have been drawn. Ya think?!
http://www.wusa9.com/rss/local_article.aspx?storyid=95159

Next we have Denbighshire in the U.K. Wednesday night at 10:30 G.M.T. a 20 year old was stabbed to death during a snowball fight. A 19 year old man was arrested for shoving a kitchen knife into the victim who later died of shock and blood loss. So, safety first, if you see a neighborhood snowball fight lock your doors and hide!
http://news.bbc.co.uk/2/hi/uk_news/wales/north_east/8429647.stm