Second this week on a theme -- bridges being destroyed!! This fire in Texas was too high and hot to fight, so as the fire lit the creosote soaked railroad ties, it was only a matter of time before the collapse.

Stuff happens. It's great when cameras are rolling.

They Warn the Car Behind 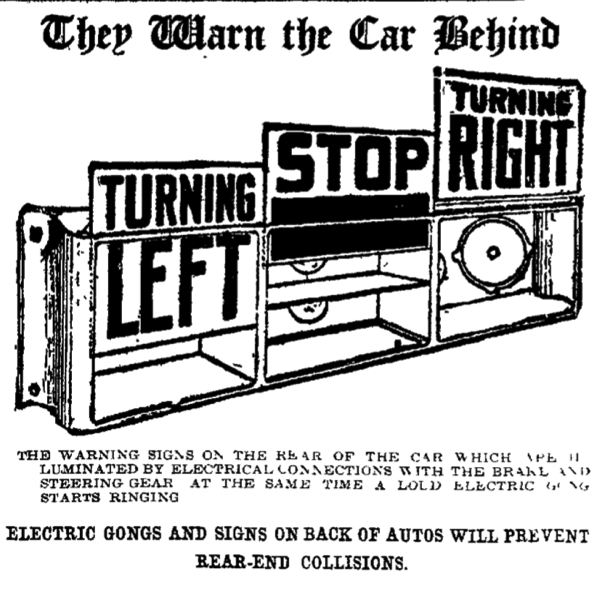 With two quad-copters you can get a great view of the reclamation of the Costa Concordia. Thirty-two people died and the salvage will cost $300 million. It looks like a little city has sprung up around the boat.

Look for the pile-up of deck chairs at about 4:15.

It is incredible to see such a big ship up close on its side.

Back in October 1969, a group of "antipopulation protesters" staged a "hunger show" (aka "starve-in") outside of San Francisco. The plan was to inflate a 100x100-foot plastic pillow, inside of which 300 of them would spend a week without food, only water. As they sat there, feeling hungry, they would have to watch "slides of pork chops and peas and carrots" and listen to taped sounds of restaurant noises. Also, sandwiches would be taped to the exterior of the plastic pillow, and non-participants outside would stage a pie-eating contest.

Participants were free to leave the pillow at any time, "but they can't return — they've died."

Organizer Stephanie Mills offered a slightly cryptic explanation of the goal of the protest: "People are just being too chicken, too chicken for their own good. We've got to encourage them not to be chicken."

The hunger show lasted half a week. Then it started to rain so they gave it up, saying, "We came here to suffer from hunger, not exposure." 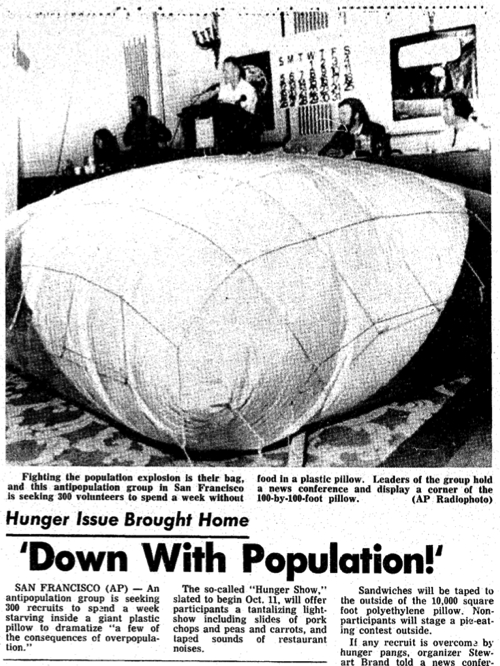 Backstage
in the Weird News Community
(Chuck Talks Shop)
May 21, 2013

* News of the Weird has a special connection to Chuck Palahniuk’s Fight Club. The main character (in the movie, Brad Pitt) supports himself by raiding a plastic surgeon’s medical waste for lipo’d fat from rich women, then makes soap from it, then sells it back to rich women. In more innocent (Internet-infancy) times, that was a metaphor for NOTW: taking newspaper editors’ scraps of undervalued news and selling it back to them. So Yr Editor fixed on WLRN Radio’s interview with artist Orestes De La Paz, who used his own lipo’d fat for the same thing except for truth and beauty rather than money. Originally it was for a class at Florida International University, but until last Sunday it was an exhibit at the Frost Art Museum at FIU. WLRN (Miami), 5-16-2013

* Yr Editor routinely gets trashed for his admiration of the Daily Mail of London (“World’s Greatest Newspaper”), but I stand by it. The New York Times wrote two weeks ago about the Mail’s new presence in America (staff of 80, still hiring!), and in New York City especially, and its challenge to flaccid U.S. news reporting. Some of the reporting is original, but much is aggregated--and not very artfully aggregated, apparently, as the Mail is constantly accused of stealing. Brits like to complain at the low quality of many of its stories and exaggerations of fact to make stories more interesting. Yr Editor’s take on that is that energetic readers should know the difference by now. (Yr Editor takes some, leaves some. If it’s in any version of NOTW, it has passed the tests.) New York Times

* This may not be the golden age of weird-news reporting on newspapers or news sites, but it could be for weird-news reality television. It started with Cops (Fox) but now includes most notably My Crazy Obsession (TLC), Hoarders (A&E), Oddities (Discovery Channel), and now an HBO newsmagazine series turned over to the people who run Vice.com, who report on the edges of important news. Reality TV almost seems to have shot its considerable wad by now in that exaggeration and drama have ramped up so high in order to retain audience that it will soon descend into Jerry Springer territory in which producers often make up the greater part of subjects’ passion. But even when all reality TV becomes unreal, there will still be NOTW . . for all 112 people left who haven’t been corrupted or seduced by the outrageousness of fiction.

* National Geographic magazine ran a fantastic photo feature in the April issue: “Europe’s Wild Men,” featuring people in full tribal regalia celebrating whatever bizarre local festival they celebrate. The images are almost indescribable, but you’ll have to click the link to see them because, as you can tell by now, Yr Editor is a non-visual blogger, owing to an almost prehistoric view of copyright (and not shared by the vast majority of the Internet). National Geographic


Eurovision 2013 is now decided, so it's time for us to make fun of another past winner.

Just remember: the contest ain't over till the fat Severine sings.