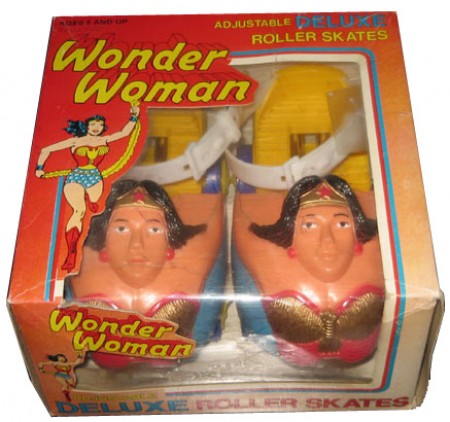 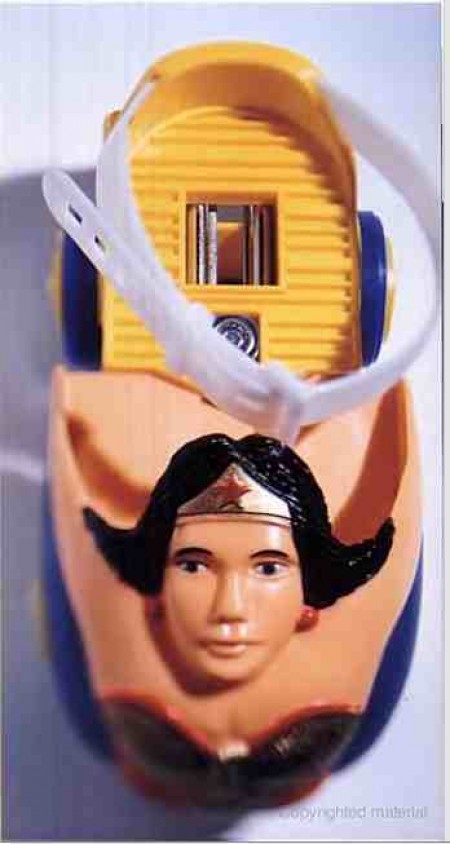 Is the new Barbie doll gonna be banned in the Pentagon like Furby ? 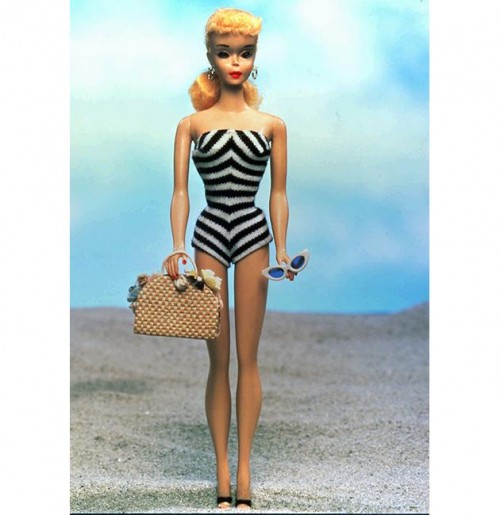 Is the Pentagon gonna ban this doll like they did the Furby?

News of the Weird / Plus
June 2, 2015 (Part 2) [weird stuff that made me excited (frightened) (ROTFL) (appalled) last week, some of which will appear in News of the Weird soon] [Part 1 on Monday, Part 2 on Tuesday]

Pointless: Not drawing much venture-capital interest: (1) a Canadian software engineer’s machine that unspools toilet paper exactly three squares at a time; (2) a Japanese shoulder-mounted tomato-feeder that provides nourishment to marathoners; (3) Google software engineer Maurice Bos’s whiteboard-mounted clock that writes down the exact time, with a marker, at five-minute intervals (after erasing the previous time). Popular Science

Radio Free Europe (perhaps not the most unbiased authority) cites reports that some young ISIS rookies are complaining that nepotism is so bad they can’t even sign up for suicide missions, because of the waiting list (though the list is shorter in Iraq than Syria). News.com.au (Sydney)

America is a country of second chances . . or in the case of stockbroker Jerry Cicolani Jr., 67 chances. But, oh, that 68th. That’s what did him in. New York Times

Awkward (I): Just as Akron, Ohio, police were searching suspected drug-dealer Andrew Palmer’s home, a UPS driver knocked on the door with what turned out to be another pounds of dope. Cleveland.com

Awkward (II): Corey Huddleston, 52, really wanted to find that teen-age girl he fancied--even though her dad was in the home. Once ejected, he went around back through a window and, in the dark, accidentally groped the dad. WKRN-TV (Nashville)

Brain Care: The bad news is that a surgery center in Louisville, Ky., which was supposed to safekeep the part of the brain of a tumor patient, um, lost it; they were supposed to put it back into his head, eventually. But there’s good news for Ms. Leigh Erceg, 47, who had a traumatic brain injury in 2009 but now has acquired a sophistication about art, poetry, and high-level math (“acquired savant syndrome”)--and, simultaneously, synesthesia, which is an overlapping of the senses, i.e., sort of a permanent LSD trip. WKYT-TV (Lexington) /// United Press International

A seller at the Traders Village flea market in San Antonio was offering ladies souvenir sonograms on DVD for $35 until some authorities paid them a visit. [ed. Never had a sonogram, myself, but reporter Madalyn Mendoza might have, yet she didn’t seem to supply information about whether it was a real sonogram or just some doohickies that returned an image that was captured in a screen shot.] Express-News (San Antonio)

The Yunessan Spa House in Hakone, Japan, has begun offering particularly-Japanesy warm spa baths--in a tub of ramen pork broth with noodles (fake noodles, because real ones would be illegal for some reason). Metro News (London) 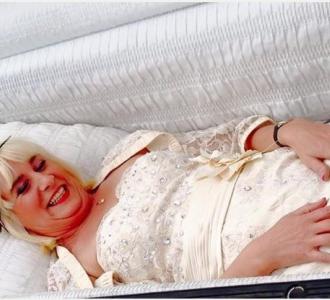 This news story caught my eye since I posted recently about a cemetery that's also in the wedding business. When Jenny Buckleff and Christopher Lockett recently wed in Wales, Jenny showed up for the wedding lying in a black coffin painted with a grim reaper. She said she "wanted to do something a little bit different." And Chris, for his part, was willing to "go with the flow."

When not using the coffin as a wedding prop, the couple hitch it to their car and use it as a trailer to pull camping gear. [Irish Mirror]

News of the Weird / Plus
June 1, 2015 (Part 1) [weird stuff that made me excited (frightened) (ROTFL) (appalled) last week, some of which will appear in News of the Weird soon] [Part 1 on Monday, Part 2 on Tuesday]

Brilliant! Researchers contrived a test that showed that caterpillars avoid becoming prey for birds by contorting themselves into shapes that resemble bird caca. Science

Not yet a full "constitutional" right, but the trade association of adult establishments is explicitly pushing it: the right of gov’t workers to patronize strip clubs. (The Pentagon’s inspector general wants a rule demanding that officials not use their gov’t credit cards there, even if they routinely repay the personal tabs.) Washington Post

Of course! Proctologists-in-training need to practice, and it’s difficult to get volunteer ream-ees. Hence, “Patrick,” the robot butt! He has four sensors and speaks a script indicating that he needs to be talked through the procto process (y'know, so doctors can practice calming him). Mashable.com

New York City 6th-grade teacher Claudia Tillery beat a rap in 2011 for sex with a student--but beat it entirely on one of those legal technicalities that drive people crazy. And now, chutzpah! She wants her job back. Daily Mail (London)

Dilemma: Imprisoned murderer Michelle-Lael Norsworthy, 51 (and formerly Jeffrey Norsworthy), ordered for parole after 28 yrs in prison, now either has to figure out how to stay locked up for a while longer or figure out how to pay for his gender reassignment surgery that was about to be dispensed on the gov't's dime if he had stayed in. Associated Press via ABC News

The great state of Tennessee hired a design firm to create a new state logo. $46,000. The winner: Well, as you can see when you click the link, it’s . . uncomplicated . . understated. $46,000. [ed.: This is the Way The World Works. So much institutional business is paying money just for the purpose of letting officials/bureaucrats cover their wazoos from criticism, i.e., “It's not a stupid logo; we hired professionals to do it!”] WSM-TV (Nashville)

“Perp Cam”: Someone KO’d--out cold!--the guardian of the safe at Pla-Mor Lanes in Decatur, Ill., and made off with $2,100. Difficulty: Pretty sure that video shows her hitting herself on the head with a bowling ball and then lying still for 13 minutes until someone found her. Herald-Review (Decatur)

1927: 10-year-old Mildred Unger dances the Charleston on the wing of an airplane, while it's flying in the air.

USPS Forecasts Its Own Future