Could be useful if you really don't like carrying a credit card. Except that now you have to be wearing the suit to buy anything.

The billion-dollar deer-farming industry in America produces generations of bucks growing progressively larger racks of antlers mainly for eventual bragging rights by the so-called “hunters” who will pay large fees to kill them in fenced-in fields just so they can hang the grotesque antlers in their dens. Even before the farm-raised deer are stalked (reported the Indianapolis Star in March in its multi-part investigation), bucks’ necks habitually slump from the weight of the freakish antlers. Most states allow such “hunting,” and in some, the activity is lightly regulated, lacking the safety rules and more-humane conditions required by (open-forest) hunting laws and agriculture protocols. The Indianapolis Star also highlighted several captive-deer diseases that doctors still worry might jump species, to humans (as “mad cow” did). [Indianapolis Star, 3-27-2014]

News of the Weird has several times chronicled the sad saga of India’s holy but severely polluted Ganges River, on which millions of Hindus are dependent--through hands-on worship--for worldly success and for salvation. Now, recent reports reveal that the second-holiest river, the Yamuna, is suffering the same fate even though the government has invested nearly $1 billion in programs to clean it up. Currently, for example, more than 400 million gallons of untreated sewage, plus various industrial chemicals, enter the river from Delhi, but, still, motivated worshipers come to “bathe” for glory. [Daily Telegraph (London), 2-24-2014]

Stories That Never Get Old: Dayton, Ohio, bus driver Rickey Waggoner, 49, survived a two-bullet shooting in February that, police said, was probably a gang initiation that randomly targeted him as he worked on his bus’s engine. A police sergeant told the Dayton Daily News that Waggoner “should probably not be here” and survived the attack only because the bullets were blocked by a copy of “The Message” (a contemporary version of the Bible) in Waggoner’s shirt pocket. [Dayton Daily News, 2-24-2014]

The most recent “monument” offered by People for the Ethical Treatment of Animals would be its proposed 10-foot tombstone along U.S. 129 in Gainesville, Ga., to honor the “several” chickens that were killed when a truck overturned in January. No humans were hurt in the collision, and had the chickens survived, they would have shortly been slaughtered. (The Georgia Department of Transportation rejected the proposal.) [Yahoo News, 2-27-2014]

Allowing dogs as “witnesses” in court cases in France has become “something of a recent trend,” reported the Paris edition of the European news site, The Local, in April. A nine-year-old Labrador retriever (“Tango”) took the witness stand in the city of Tours so the judge could observe how he reacted to the defendant, on trial for killing the dog’s owner. (For due process of law, a second dog, “Norman,” took the stand later, as a “control dog.”) Ultimately, the judge said he learned nothing from the dogs and dismissed them. [The Local, 4-3-2014]

“Zero-Tolerance”: Yet another questionable school suspension was handed down in March, in Virginia Beach, Va., when the sixth-grader who had prevented a classmate from intentionally harming himself was punished for her altruism. Adrionna Harris had convinced a boy to hand over the razor blade he was threatening himself with, and she immediately discarded it. According to the principal, that transaction meant Harris “possessed” a “dangerous weapon,” albeit for a brief time, and she was suspended for 10 days, according to school policy. (After WAVY-TV’s “On Your Side” reporters got involved, the school relented, and Harris returned to class.) [WAVY-TV, 3-21-2014]

“Arranged” Bride Fights Back: Ms. Fatima Mangre was granted a divorce from her husband Arjun Bakridi in India’s Uttar Pradesh state in November, becoming the youngest divorcee in the country’s recorded history. Bakridi, then age 10, had married Mangre, then age 4, but his father promised that the couple would not cohabit until she turned 18. When Bakridi tried to move up the date, Mangre’s dad filed divorce papers for his daughter. The legal age for marriage in the state is 18, but a United Nations agency said the law is still widely ignored. [Daily Mail (London), 11-19-2013]

Not an Urban Legend: (1) A county official in Portland, Ore., said his office gets “20 to 30 calls” about rats in toilets every year, like the one Daniel Powers reported in March when he spotted the “little guy with beady eyes” looking up at him. (2) The problem is more severe in India, where an emergency crew rushed to the Mumbai-area home of Vipul Desai in February to remove a six-foot-long cobra from the toilet (but not before it “repeatedly” popped its head out of the commode, terrorizing Desai’s wife and daughter). A team from a wildlife rescue association flooded the toilet, grabbed the snake, and released it in the forest. [KGW-TV (Portland), 3-21-2014] [Mumbai Mirror, 2-26-2014]

People sometimes stage ruses to avoid unpleasant tasks, such as the student who calls in a bomb threat when he’s unprepared for an exam, but Dwayne Yeager’s motivation was simply laziness. Yeager, 31, called police in Brandon, Fla., in March, reporting a “burglary” at his home, but after questioning, officers charged him with making up the “crime” just so he could stay home from work that day. (Coincidentally, in Kittery, Maine, three days earlier, the U.S. Navy formally decommissioned its nuclear submarine USS Miami, which had suffered irreparable fire damage in 2012 caused by a shipyard worker. The worker started what he wrongly believed would be a small blaze--so that he could get off work for the day--a decision now costing him 17 years in federal prison.) [BayNews9 (St. Petersburg), 4-1-2014] [Associated Press via Yahoo News, 3-28-2014]

In December, at a Home Depot in Banks County, Ga., yet another prankster put glue on a rest room toilet seat, trapping an unwary shopper seeking to relieve herself. Twelve days after the incident, the victim told WSB-TV that she was still in pain. Paramedics had unstuck her with a liberal application of WD-40, but she believes an emergency room would have been more appropriate. [WSB-TV (Atlanta), 12-11-2013]

Among the $43 million worth of “renovations” that the former German “Bishop of Bling” Franz-Peter Tebartz-van Elst ordered spent on his home and office before he was forcibly retired by Pope Francis in March: a six-foot-deep fish tank filled with Koi carp; a $917,000 garden (the “Garden of Silence”); solid-bronze window frames all around ($2.38 million); and LED lights built into floors, walls, steps, window frames, and handrails (cost $894,000). One expense did prove too extravagant for the Bishop, according to the Washington Post: “employees.” (He had reduced his staff during his tenure.) [Washington Post, 3-28-2014]

The news site MedPageToday.com is keeping tabs on the October 2014 unveiling of new, obscure, minutely-detailed billing codes for doctors to report diagnoses and treatments to insurance companies, and among the latest finds ready to be part of the medical landscape are separate codes for injuries occurring from a “balloon collision” or during “knitting and crocheting” or for injuries during “gardening and landscaping” (though not merely caused by “digging, shoveling, and raking,” which seems to require a different code). Distinct codes are necessary if an injury occurred at an opera house or if the patient is injured by walking into a lamp post (with separate codes for the first such lamp post collision and for repeat collisions). [MedPageToday.com, 3-24-2014]

“Jane Doe,” the second of two victims of reckless, anal-oriented medical and law-enforcement drug searches reported in News of the Weird in January, has now filed her lawsuit to be compensated for the repeated, nonconsensual probes and tests ordered by U.S. Customs and Border Protection officers who had selected her for a random search and refused to believe, despite one negative test after another, that she was not carrying drugs. (None were ever found.) The lawsuit includes University Medical Center of El Paso, Tex., whose personnel seemed super-willing to cooperate with CBP and audaciously even sent the victim a $5,000 invoice for the procedures (subsequently withdrawn). (The other victim, David Eckert, treated similarly by New Mexico law enforcement and doctors, who also never found drugs, has settled his lawsuit with county and city police for $1.6 million, with the portion against medical authorities still pending.) [Huffington Post, 3-6-2014] [Associated Press via Las Cruces Sun-News, 1-13-2014]

Thanks This Week to Candy Clouston and Gerald Sacks, and to the News of the Weird Board of Editorial Advisors. 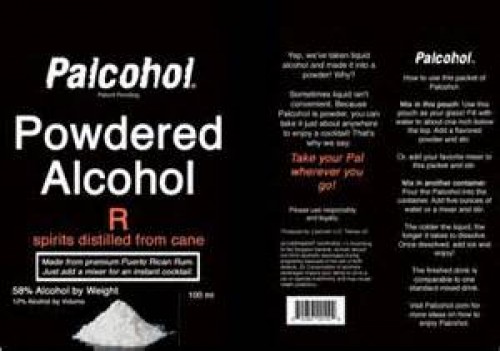 Palcohol, powdered alcohol, sneak it into 'dry' venues or places where booze is prohibitively expensive. The makers say it can even be snorted, but use responsibly. It has been approved by the Alcohol and Tobacco Tax and Trade Bureau and should be available this fall.

Update: After all the hype the Feds say maybe not. 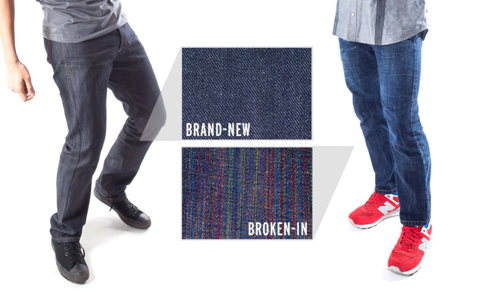 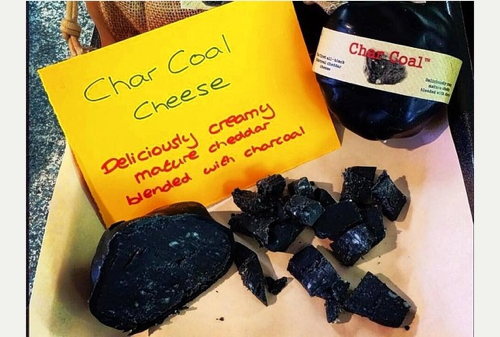 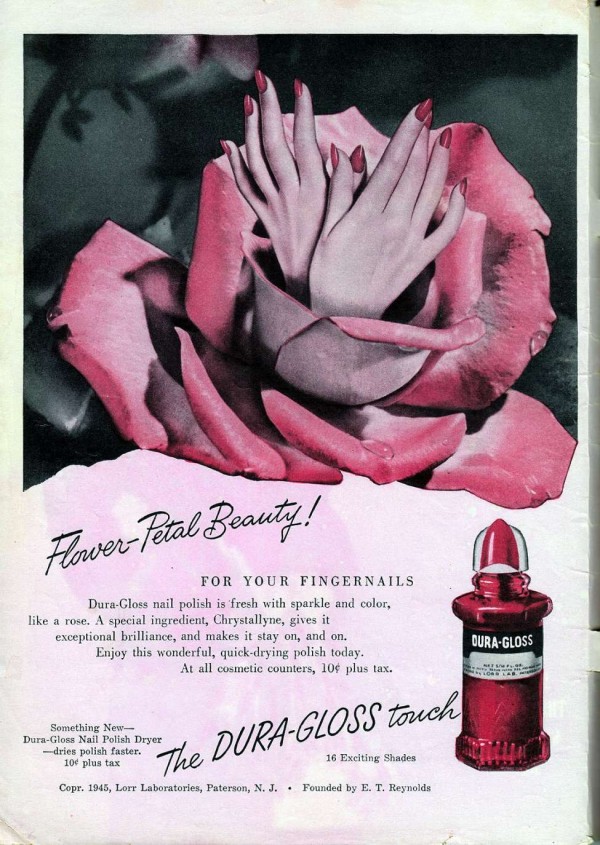 That's either a carnivorous plant, or some bigtime genetic engineering! 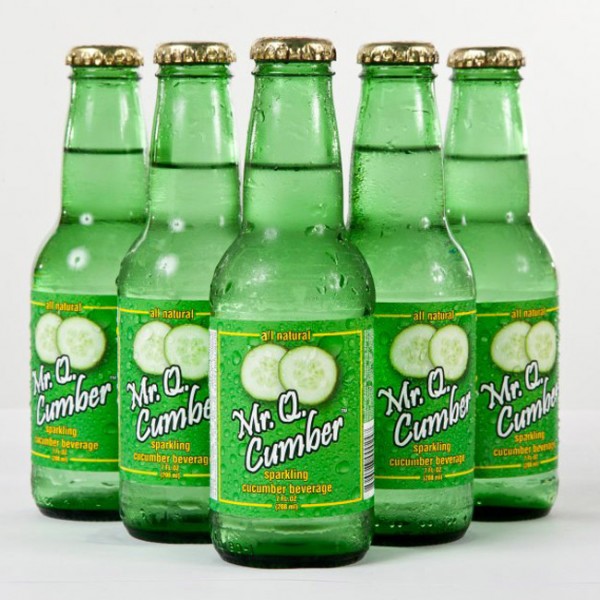 Jenga For The Big Boys