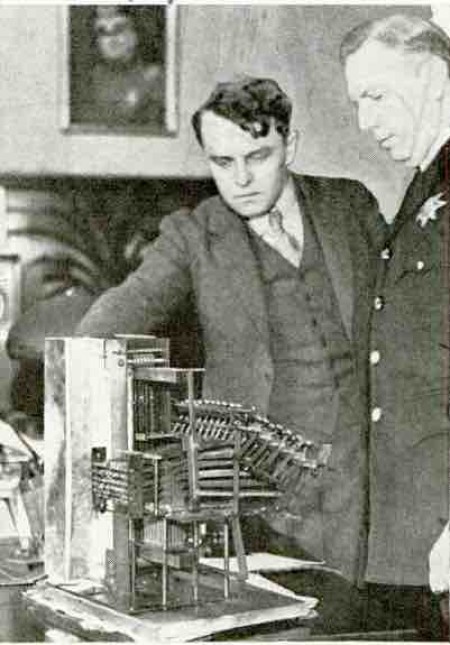 This gadget does what now?

DogVinci, the Dog Who Paints

Here at WU we've considered the art of a number of non-human species, including rats, otters, and horses. But not yet dogs. So it seems appropriate to give a nod to Dagger II (aka DogVinci) who's been making headlines lately as a canine artist. You can see some of his work at his Facebook page.

The only other canine artist I'm aware of is Alexis Boyar, who rose to fame back in 1974. I've got an article about Boyar over at the Museum of Hoaxes — the hoax being that Boyar won a prize in an art competition, having failed to disclose on the entry form that he was a dog. 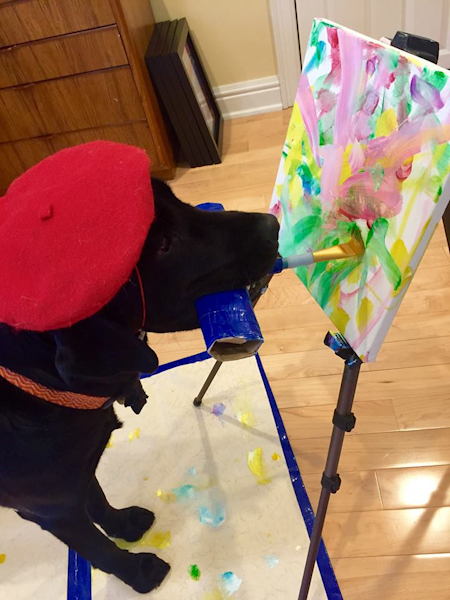 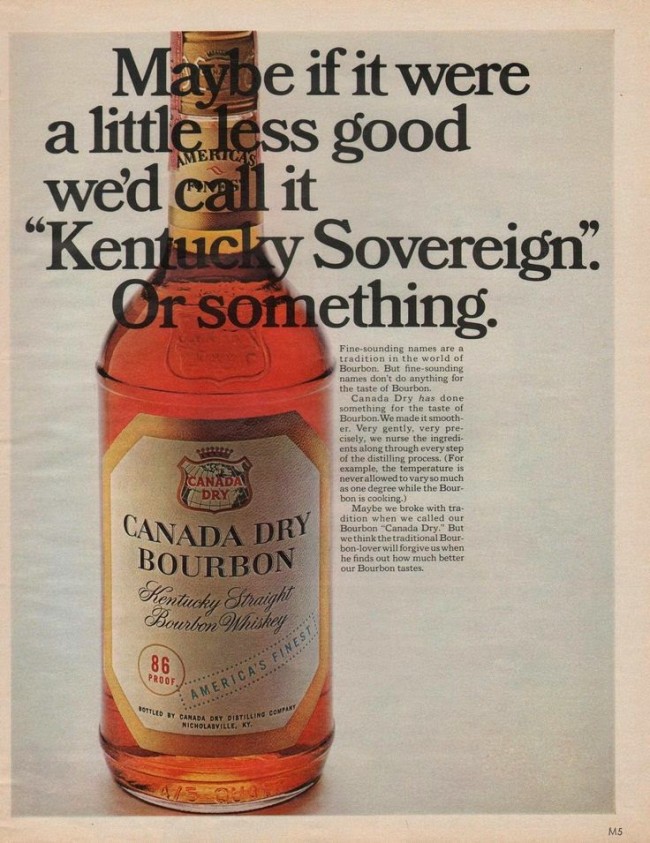 The complicated story of how a soda company came to market its own brand of booze is entertainingly told here.

[THE ORIGINAL POST HAS BEEN EDITED TO REMOVE A FAKED-NEWS STORY. A story involving actor Bill Murray came from a website tricked up to appear to be that of Phoenix's KNXV-TV. Your editor apologizes.]

Glaciers and Gender: University of Oregon professor Mark Carey produced a 10,300-word journal article in January proposing a new sensitivity to Earth’s melting icecaps: a “feminist glaciology framework” to “generate robust analysis of gender, power, and epistomologies” with a goal of more “just and equitable” “human-ice interactions.” The jargonized, densely-worded tract suggests that melting icecaps can be properly understood only with more input from female scientists since, somehow, research so far disproportionately emphasizes climate change’s impact on males. (The New York Post reported that the paper was funded by a National Science Foundation grant of $412,930.) [Progress in Human Geography, 1-8-2016] [New York Post, 3-8-2016]

Trying to put (as a critic charged) “lipstick on a pig,” Michigan Gov. Rick Snyder boasted in March that the lead-in-the-water crisis plaguing the city of Flint for months now had actually spurred job growth. Though Snyder has been heavily criticized for tight-fisted budgeting that enabled the crisis, the city recently hired 81 temporary workers--to hand out bottled water so that residents would not have to hydrate themselves with poisoned municipal water. [PoliticsCentral.org, 3-3-2016]

A senior federal administrative law judge recently claimed (and then, for good measure, repeated and emphasized) that, in his experience, “3-year-olds and 4-year-olds” do not need the help of lawyers to advocate for them in immigration proceedings. Teaching those kids their rights, Judge Jack Weil said, “takes a lot of time” and “a lot of patience,” but there is no need for government to provide lawyers. (Weil, a U.S. Department of Justice employee, was contesting an American Civil Liberties Union claim at a recent deposition in an immigration case in Seattle.) [Washington Post, 3-3-2016]

Homeless people frequently store their few possessions in commandeered shopping carts, but New Yorker Sonia Gonzalez, 60, became a legend recently on Manhattan’s West Side by maneuvering a stunning, block-long assemblage of 20 carts’ worth of possessions along the sidewalks. Among the contents: an air conditioner, a laundry hamper, shower curtain rods, a wire shelving unit, wooden pallets, suitcases, and of course bottles and cans. She moved along by pushing carts two or three at a time, a few feet at a time, blocking entrances to stores in the process. (The day after a New York Post story on Gonzalez’s caravan, Mayor DiBlasio ordered city workers to junk everything not essential, leaving her with about one cart’s worth.) [New York Post, 3-9-2016, 3-10-2016]

Mexico’s latest female accessorizing craze is shellacking tiny dead scorpions onto fingernails, using the second-most venomous species of the arachnid, selling briskly at the Miss Unas parlor in Durango. In fact, while in town (according to a London Daily Mail dispatch from Durango), shoppers may check out the Raices restaurant, which pioneered tacos filled with still-wriggling scorpions (that had been soaked in surgical alcohol to neutralize the venom). [Daily Mail, 3-8-2016]

Power of Prayer: (1) Businessman Induvalu Suresh cut off, and donated, the little finger of his left hand recently at the Hindu pilgrimage site Tirupati, India, as homage to the gods for the granting of bail to prominent India leaders Sonia Gandhi and Rahul Gandhi, who are charged with fraudulent business practices in a case heavily politically-weighted. (2) In October, a regional court in Nizhegorodsky, Russia, decided that the Russian Orthodox Church could pay off part of a debt for its new boiler spiritually. According to an Associated Press dispatch from Moscow, the Church can settle the remaining equivalent-$6,585 debt to the boiler company by paying $2,525 in rubles and the remainder by prayer. [Times of India, 1-9-2016] [Associated Press via Seattle Post-Intelligencer, 2-16-2016]

In a suburb of Newcastle, Australia, in February, workers using a crane extracted a one-ton snake-like mass of sewage (mostly “wet wipes” unwisely flushed down toilets) from an underground pipe--with the gummed-together sludge reaching a height of more than 20 feet when the crane finally yanked the whole thing up. Said a representative of the water company, “[Y]ou’ll flush the toilet, and the wet wipe will disappear,” and you think [wrongly] it’s therefore “flushable.” [Australian Broadcasting Corp. News, 2-25-2016]

Making Canada Great Again: Syrian refugees arriving at the airport in Vancouver, British Columbia, have been warmly greeted personally in a video by Prime Minister Trudeau, but in March some were inadvertently booked into the same hotel that was hosting the fifth annual VancouFur convention of “furries.” Anthropomorphic, full-suited tigers, dogs, bears, foxes, etc., roamed the hotel, leading London’s The Independent to report that the child refugees loved every minute, playing with the furries and posing for pictures. [The Independent, 3-9-2016]

The Cash Economy: China’s Peoples Daily reported in January that Mr. Cai Zhanjiang (described as “tuhao,” or “uncultured but still well-off”) had just purchased a new truck from a dealer by driving another truck to the showroom and unloading 100,000 renminbi (about $15,300 U.S.) entirely in small bills--a stash weighing about a half-ton. Shanghaiist.com also noted a story from June 2015 in which a man (likely also tuhao) bought a new vehicle with the equivalent of $104,670--almost all in coins. [Shanghaiist, 1-14-2016]

(1) The Tennessee senate voted in February to make its Official State Rifle the .50-caliber Barrett M82 (big in the sniper community, with a range of 1.1 miles). (2) The Lance Toland Associates insurance company of Georgia said in February that it has issued Taurus handguns to each of its 12 employees as a required-carry for apparently-dangerous aircraft insurance work. (3) University of Houston recommendations for faculty on the imminent extension of the right to open-carry firearms on state campuses included admonitions that professors “be careful discussing sensitive topics” and “not ‘go there’ if you sense anger.” [Times Free Press (Chattanooga), 2-24-2016] [Associated Press via WNCN-TV (Goldsboro, N.C.), 2-21-2016] [USA Today, 2-24-2016]

In rural China, the black market for female corpses--even already-buried corpses--thrives still (as mentioned years ago by News of the Weird). According to legend dating back 30 centuries, men who die as bachelors will spend eternity alone, and thus their families arrange “ghost weddings,” in which a corpse (presumably, freshly buried) is stolen and relocated alongside the man. (Perhaps more important to the surviving family is the other part of the legend--that any bachelor corpse will “return” to haunt the family.) [Daily Telegraph (London), 2-27-2016]

An option for suicide "with elegance and euphoria" is how Lithuanian-born PhD candidate Julijonas Urbonas (London's Royal College of Art) described his "Euthanasia [Roller] Coaster," currently [2011] on the drawing board. Urbonas's model of "gravitational aesthetics" would be a third-mile-long, 1,600-foot-high thrill ride engineered to supply 10 Gs of centrifugal force (a spin at about 220 mph) to induce cerebral hypoxia, forcing blood away from the head and denying oxygen to the brain. Euphoria (and disorientation and anxiety, but not pain) would likely precede the brain's shutdown. Urbonas insisted that users would have the option through the first two minutes of the three-minute ride to rethink their decision and bail out (or else to push the final "FALL" button). [2016 Update: The Coaster remains a “concept”; rendering suicide “euphoric” is still not a societal priority.] [Discovery News, 9-19-2011]

Thanks This Week to Gerald Sacks and Pete Randall and to the News of the Weird Board Editorial Advisors. 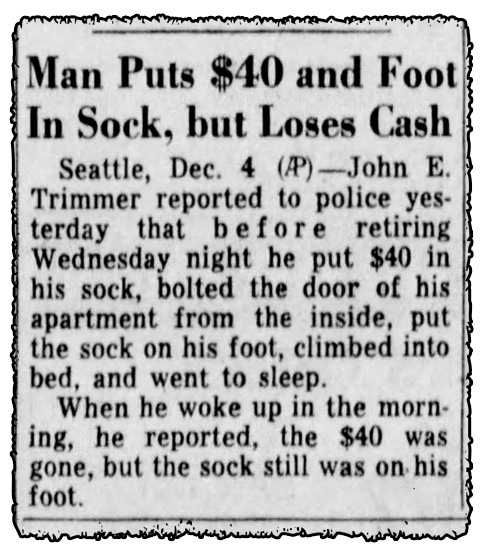 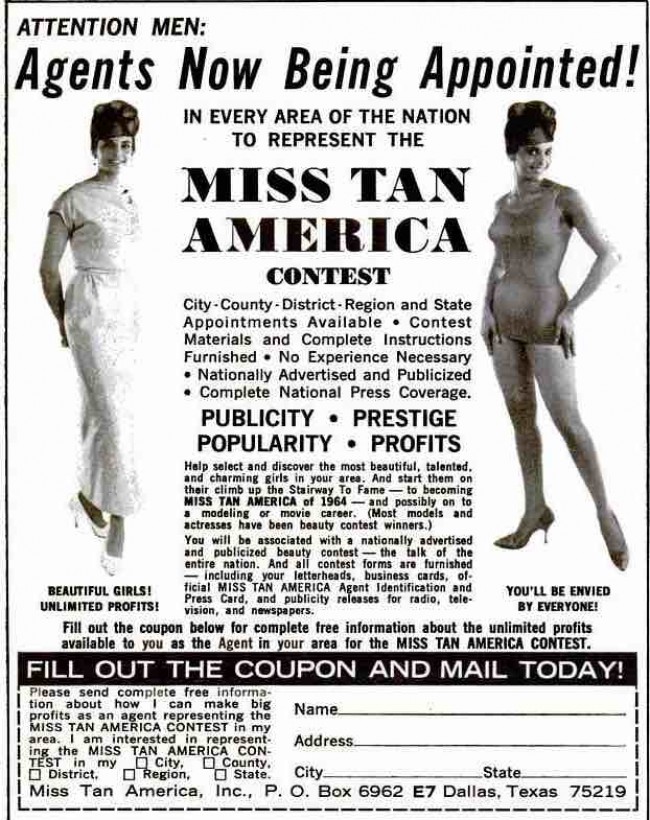 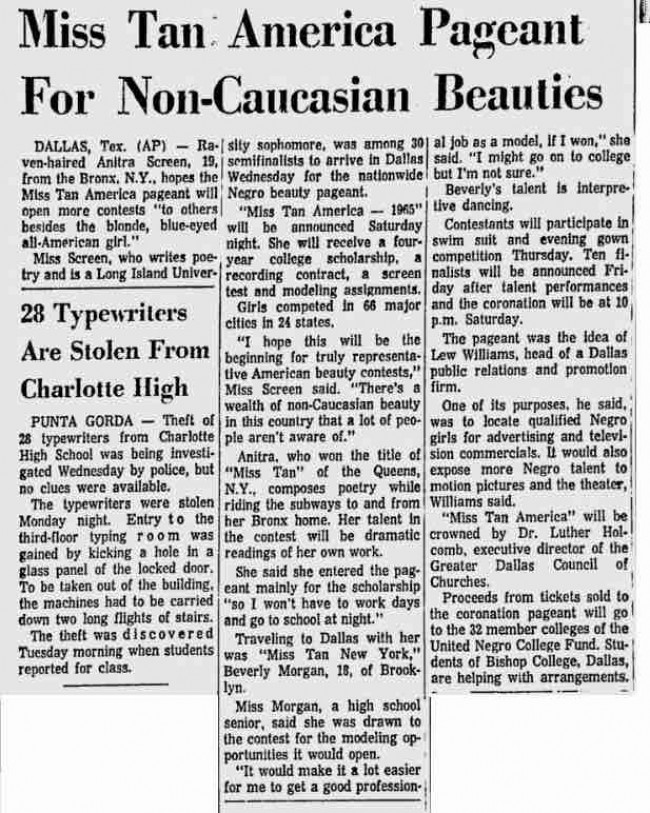 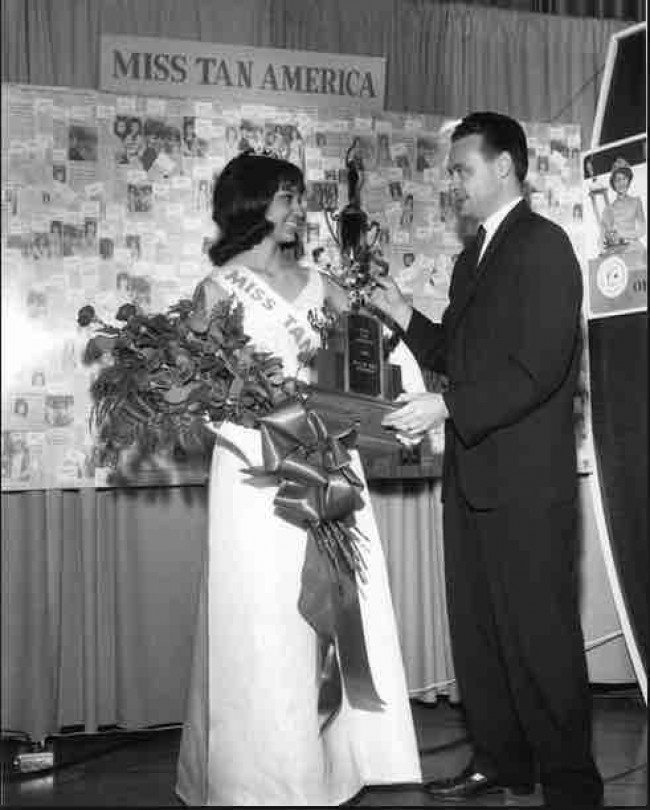 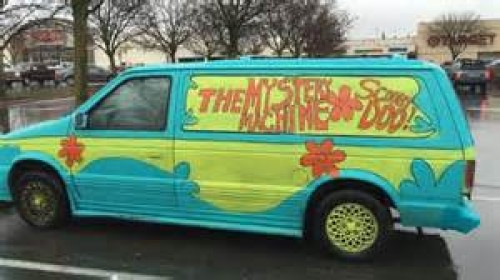 Parolee tries to escape police in a high speed chase while driving a replica of the Scooby Doo Mystery Machine. The real mystery here is how a 1994 Chrysler Town & Country got up above 100 MPH during the chase. 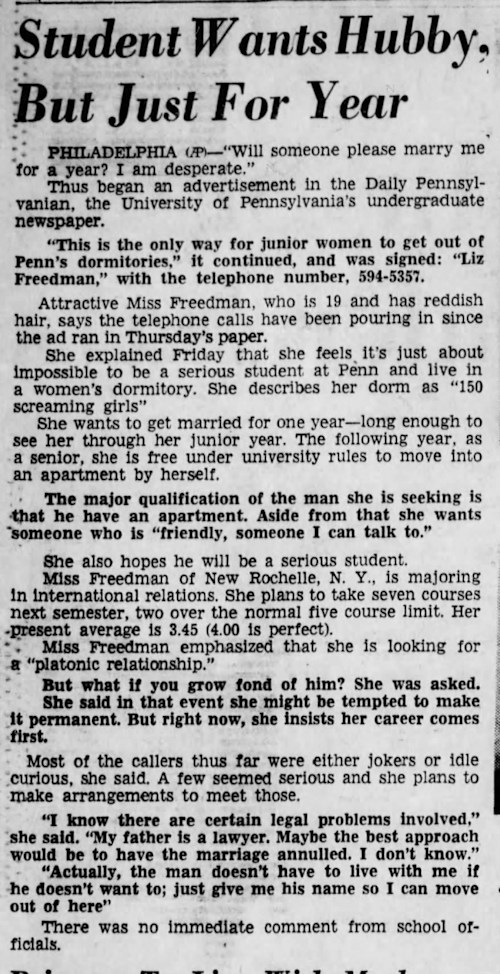 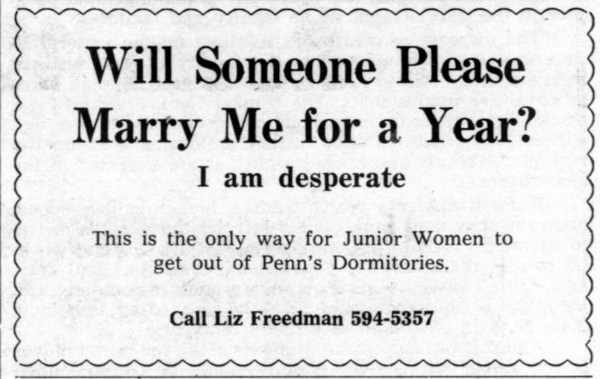