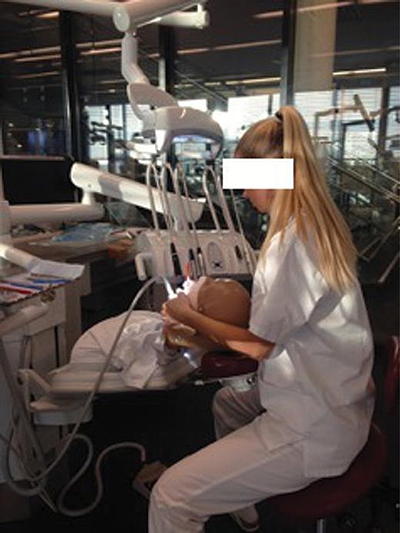 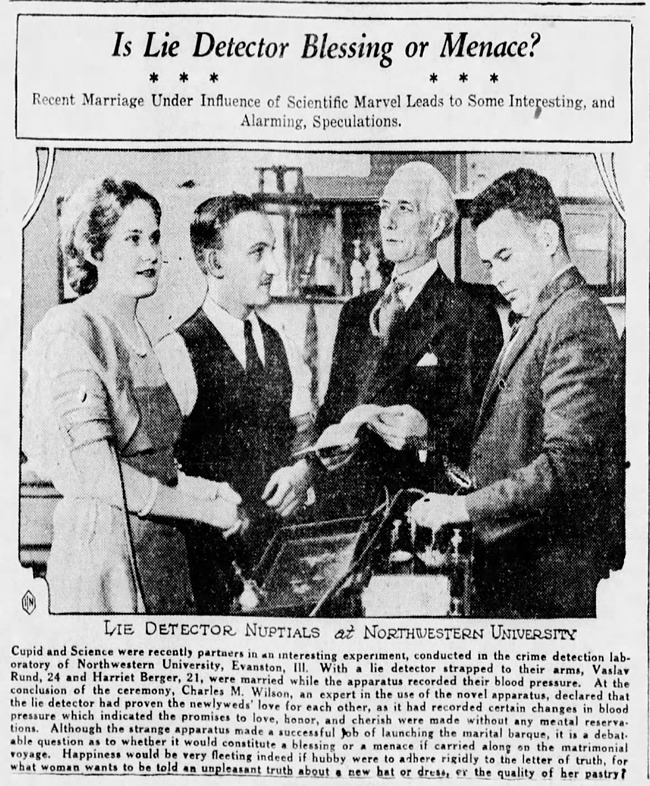 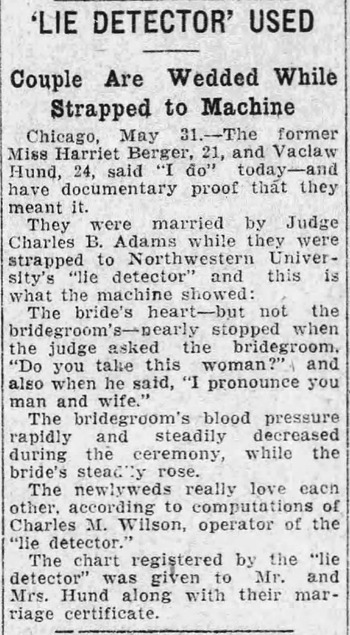 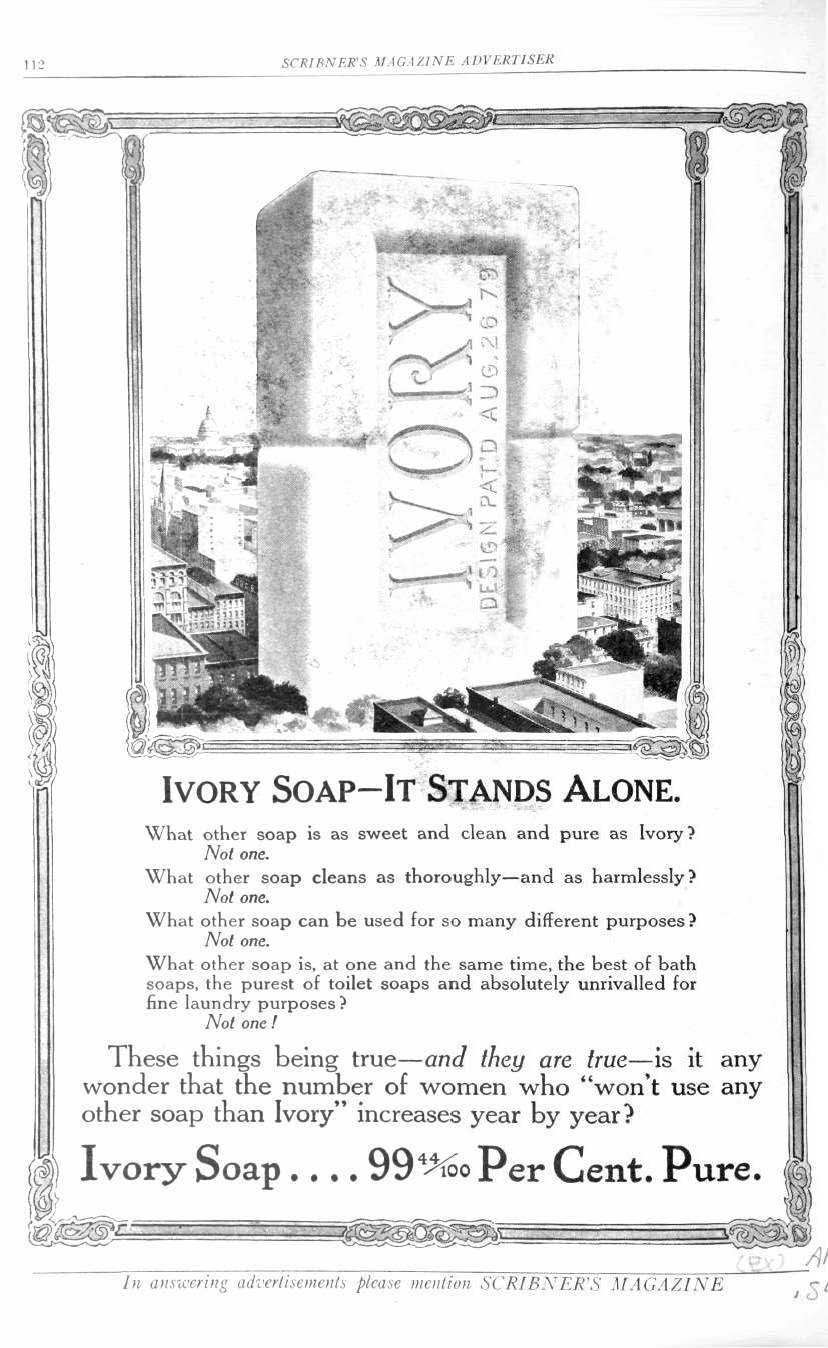 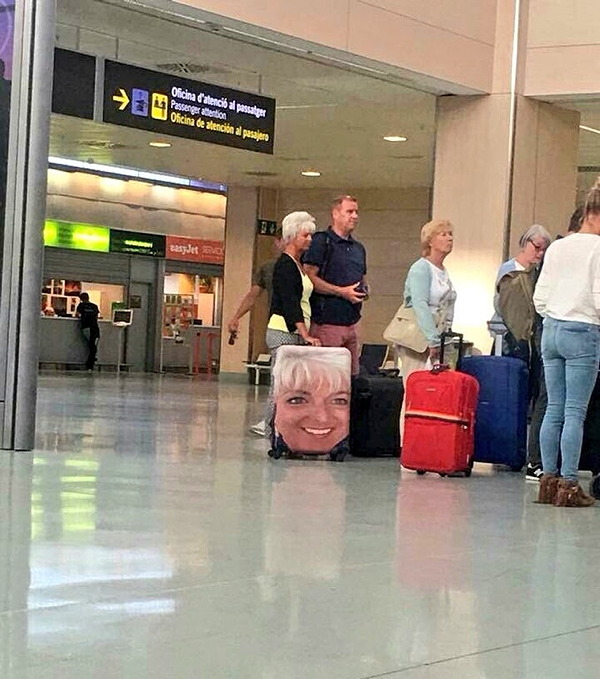 When South Korean artist Lee Bul's work Majestic Splendor, which features sequin-covered rotting fish in plastic baggies, was displayed in 1997 at New York's MoMA, the smell made visitors feel so sick that the artwork eventually had to be removed.

So when the piece was going to be shown recently at London's Hayward Gallery, Lee put the fish in a blend of chemicals to suppress the smell. The result: this time around the fish spontaneously combusted and once again had to be removed. 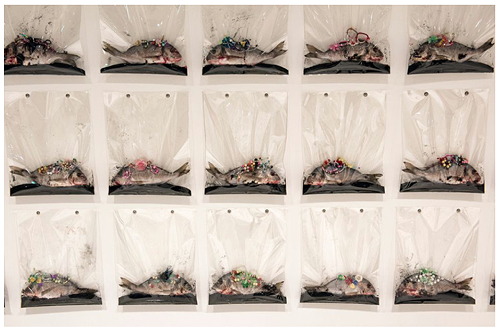 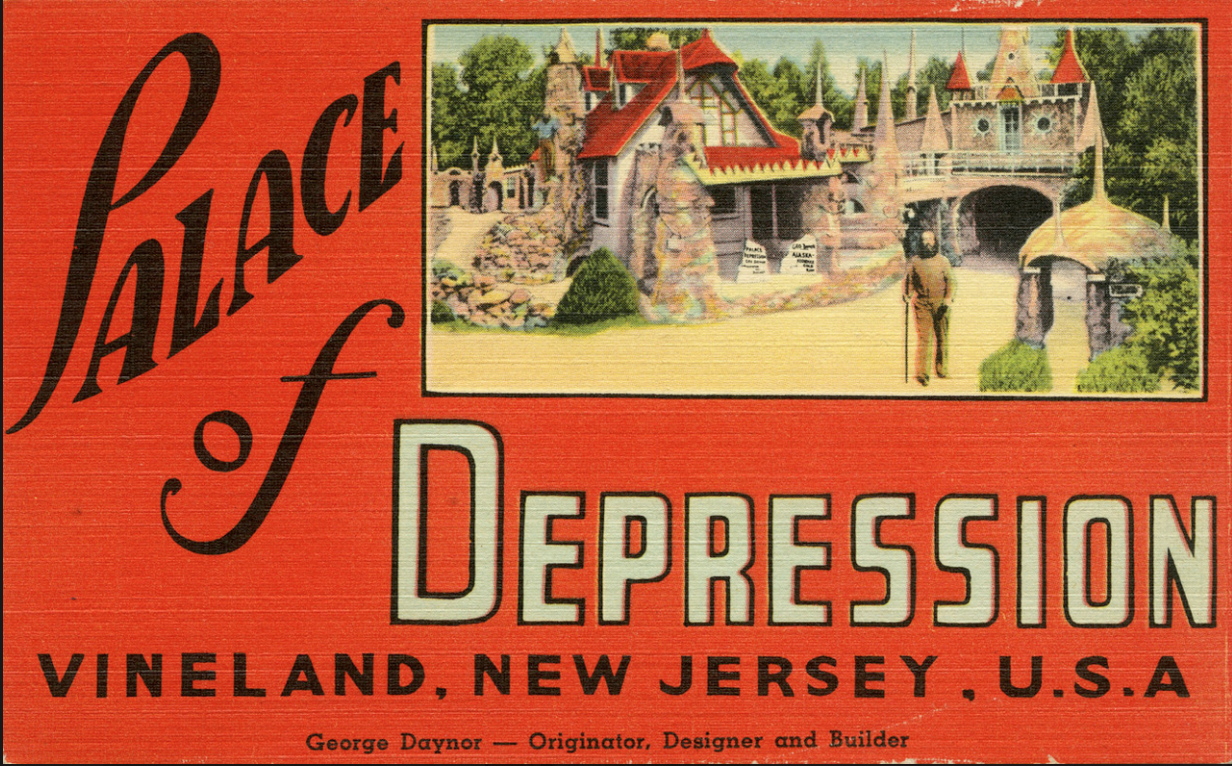 Patented by Clifford Malbon of Daytona Beach, Florida in 1977. Patent # US4050125A. From the patent abstract:


An inflated casket which may remain deflated for storage prior to use and for transportation prior to storage. The casket body is provided with one or a plurality of chambers into which a fluid substance is injected for distending the chambers to cause the casket body to assume an erect position for use. The fluid substance while usually in the form of a gas, such as air, may constitute a substance which will subsequently solidify to produce a substantially rigid casket body. 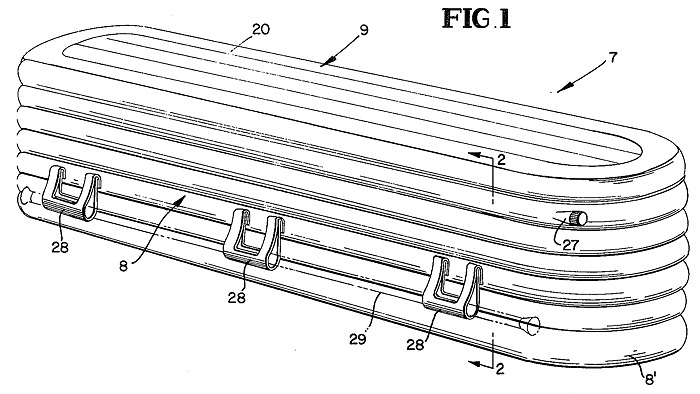 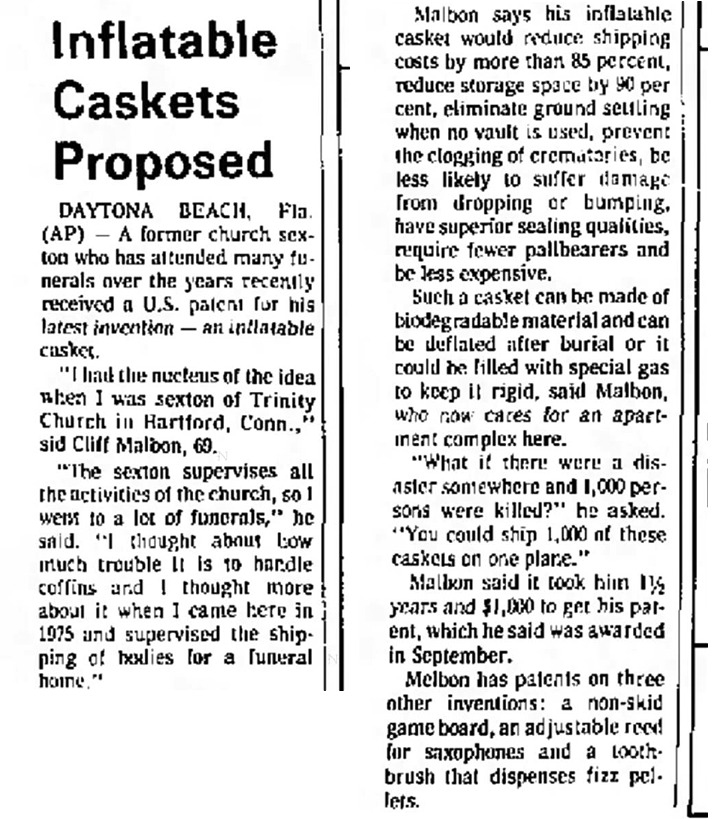 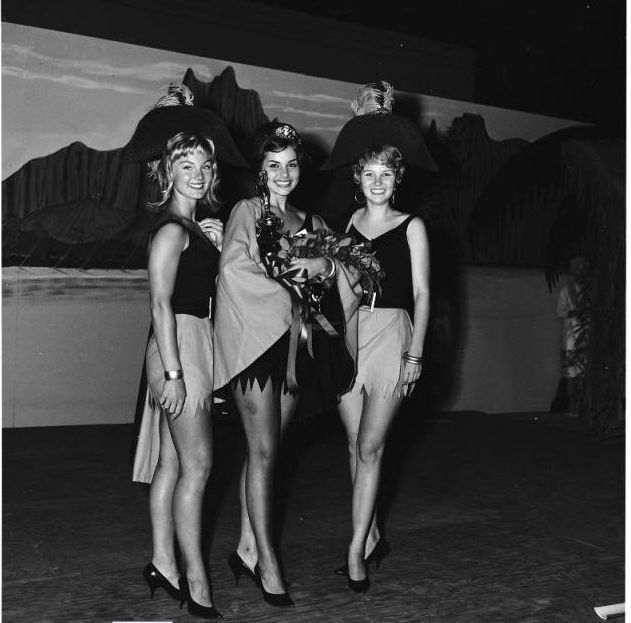