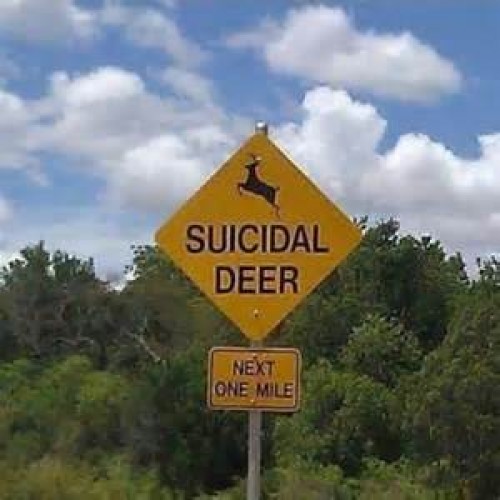 Illinois has put up new and different kind of deer crossing signs in order to get driver's attention. The idea came from a relative of an Illinois Township Highway commissioner. The relative had been to Colorado and seen them there. Cool idea, as it does grab one's attention.