It's like water-skiing, but on blocks of ice towed through city streets.

Wipeouts would be a lot more painful.

Info from the LA Public Library:


These three photographs show women in swimsuits near the streets of Venice Beach riding on blocks of ice. In the frame at [top], three women are sitting on a huge block of ice and are being towed by cars. The frame at [middle] shows three women sitting together on an ice block in siwmsuits and heels, holding on to a rope. In the third frame at bottom, three women are "ice-block" skiing, and waving to the camera. Appears to be a publicity photograph for the Miss California Bathing Beauty Contest.
I'm guessing the year was 1936, since the other images of the 'Miss California Bathing Beauty Contest' at the library are from that year. 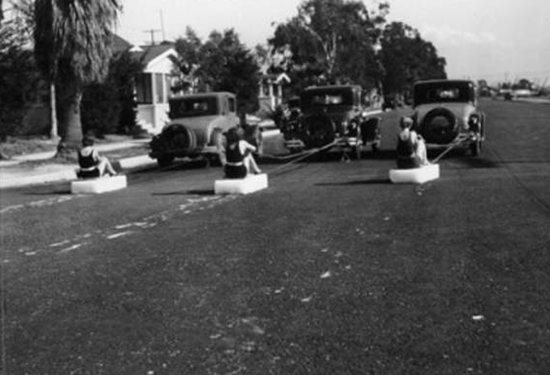 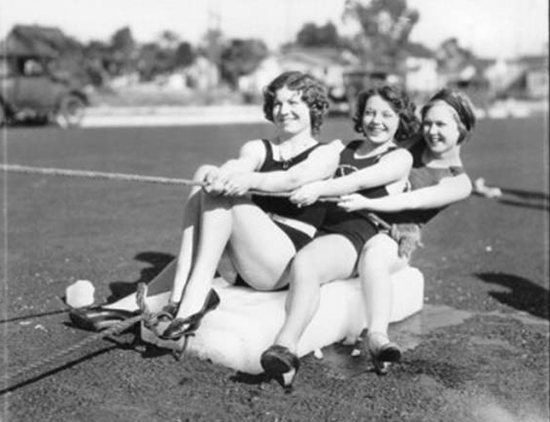 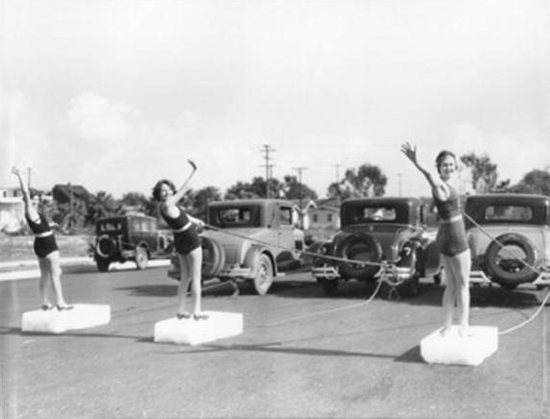 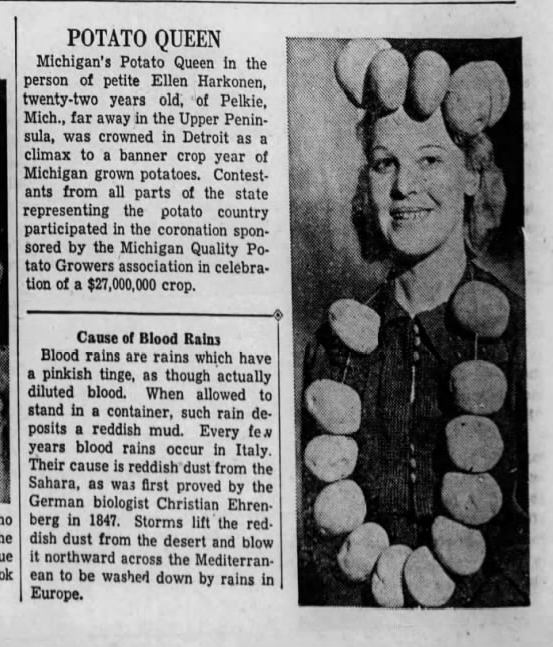 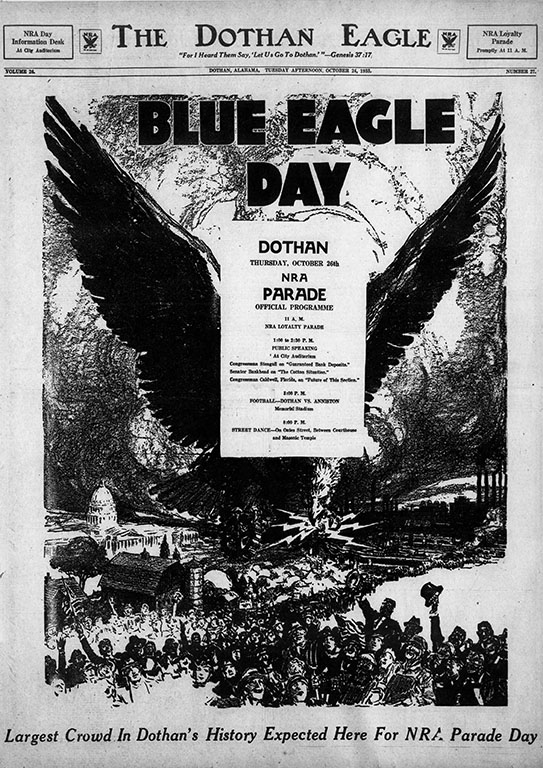 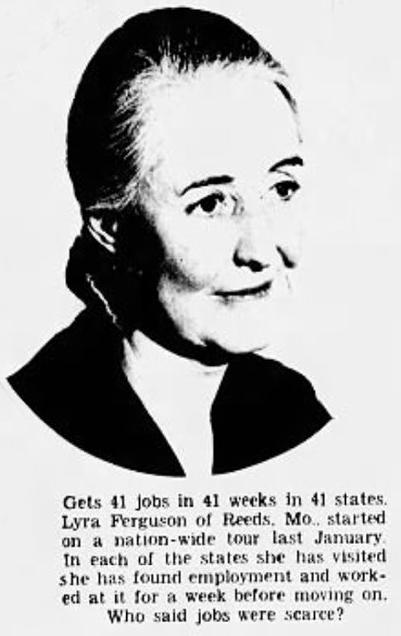 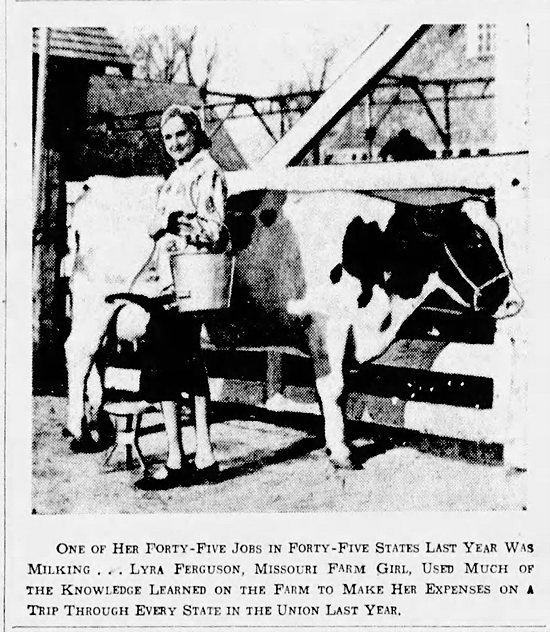 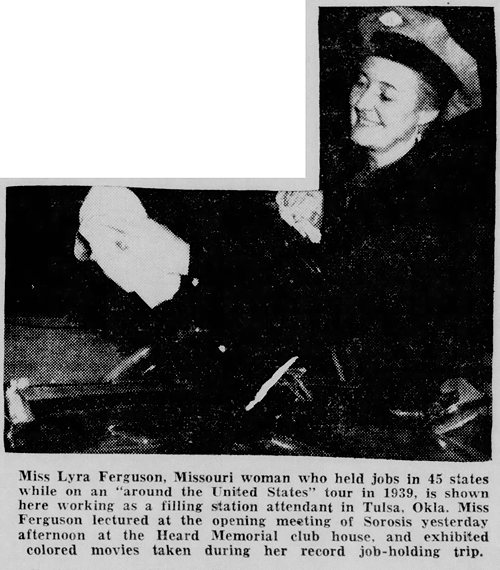 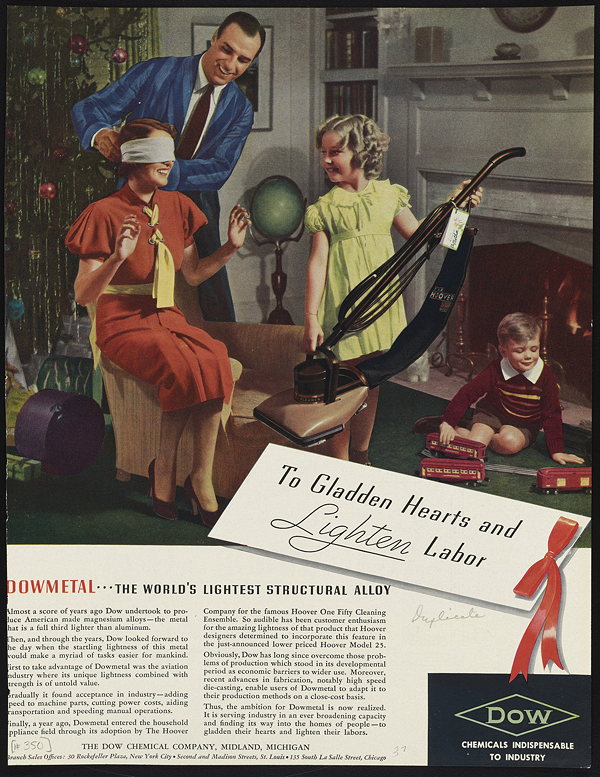 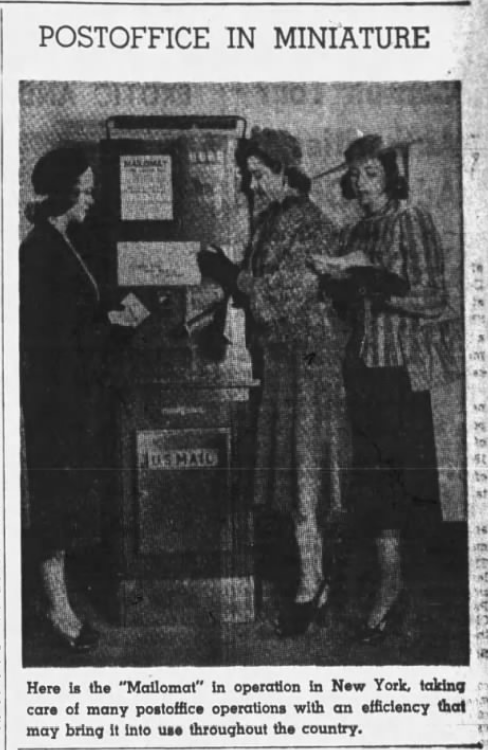 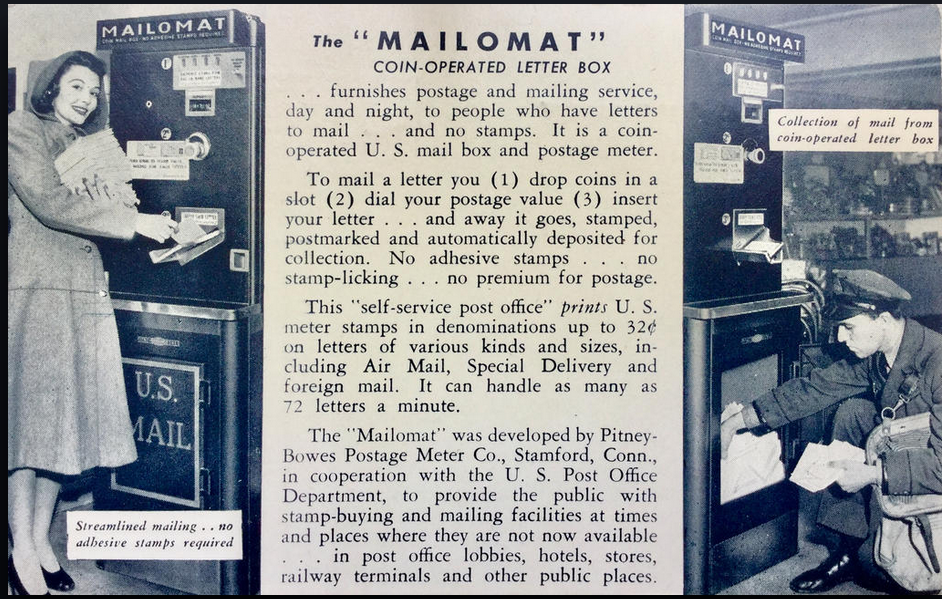 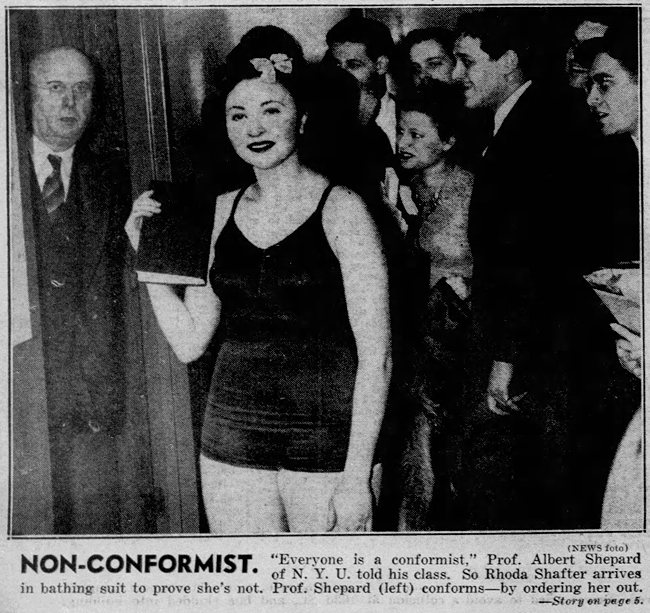 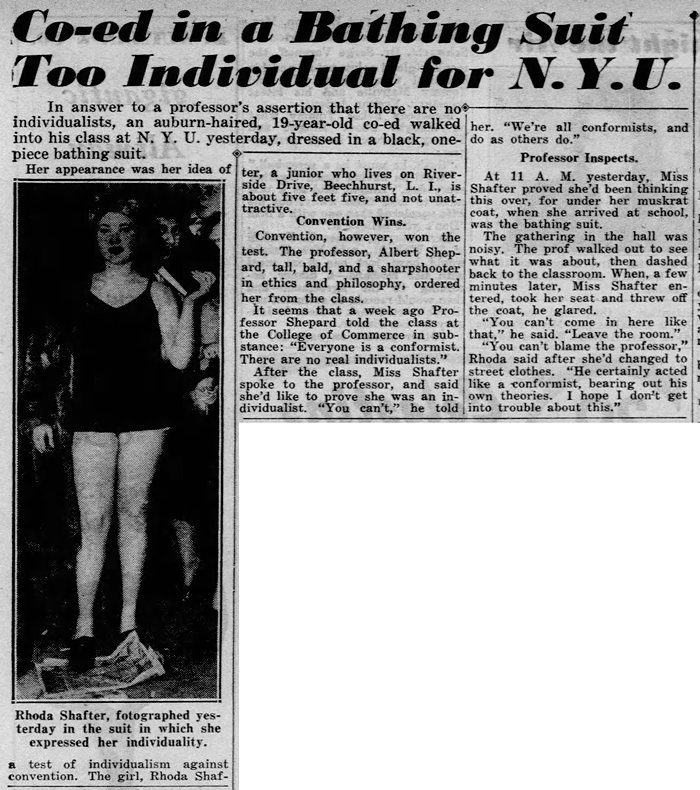 Esther Brown was granted a patent (No. 2,266,684) in 1938 for the "beachette," which was a wearable beach umbrella. A beachgoer could wear the fabric of the umbrella as a skirt/cape/hat combo. The pole doubled as a cane. When they got to the beach it could all be assembled into an umbrella.

The problems I see: a) you've still got to carry the pole; and b) I bet assembling/disassembling the thing was a nuisance. 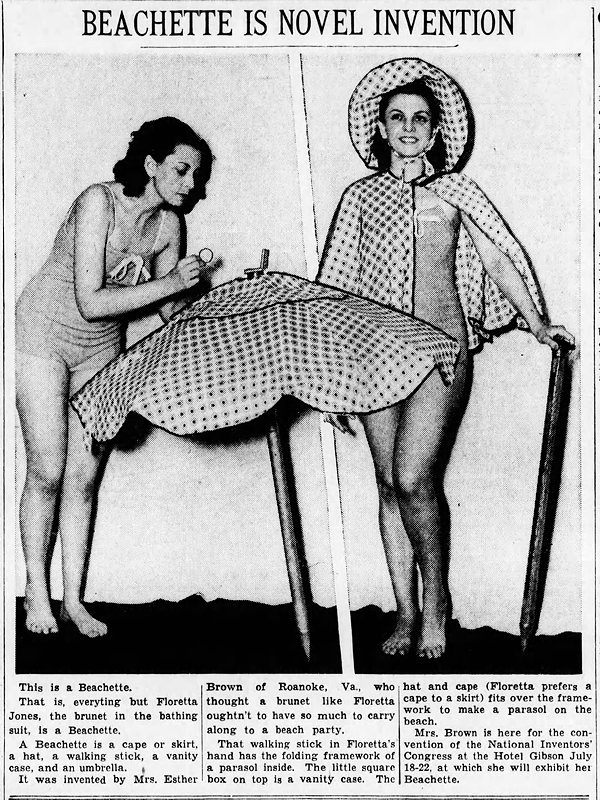 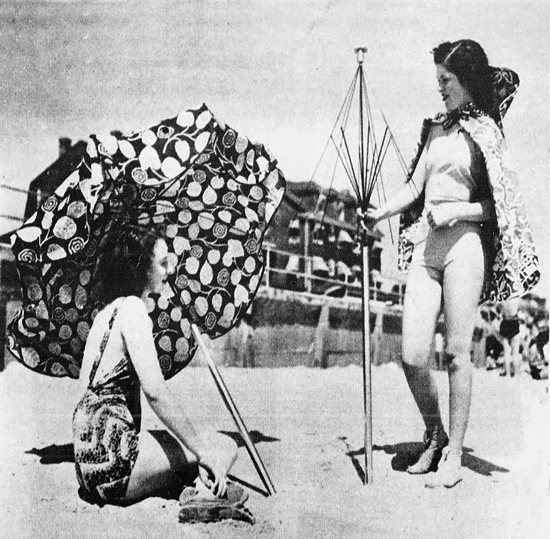 Unique Bus of the Future 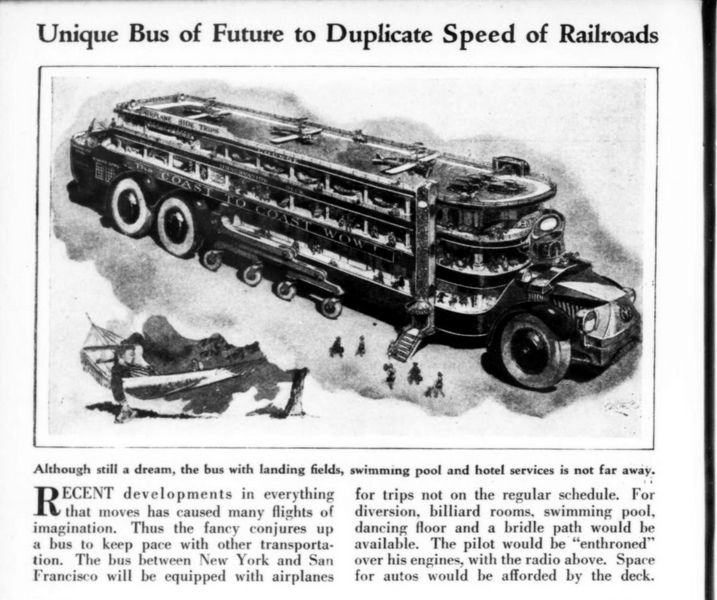 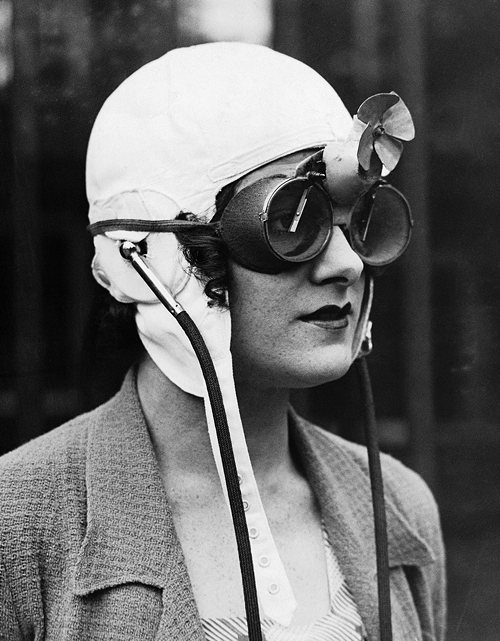