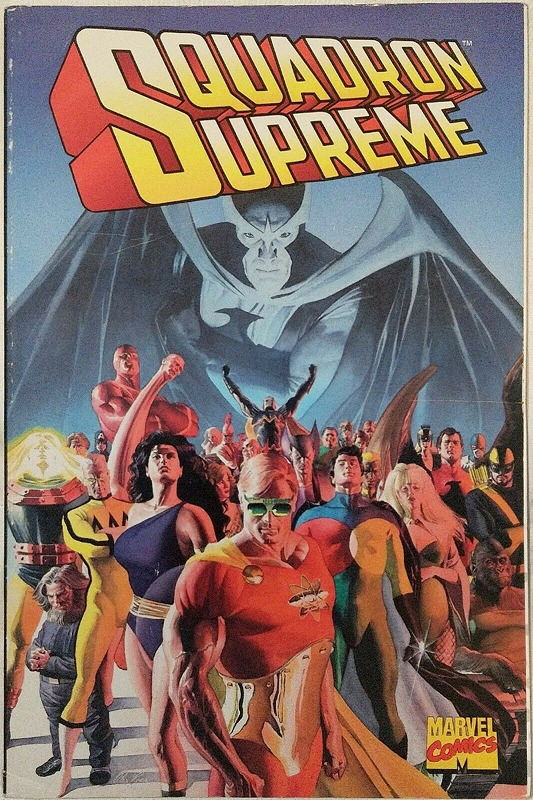 How to housebreak your dog

Ernie Bushmiller is best known as the creator of the Nancy comic strip, which was known for being very wholesome. But it turns out that his most popular and frequently reproduced cartoon, by a wide margin, was a slightly off-color one that he drew in 1961, and which was included that year in the Duch Treat Club Yearbook. He titled it "How to housebreak your dog."

The Comics Journal details the many lives of this cartoon, noting:


For whatever reasons "How To Housebreak Your Dog" has screamed “reproduce me” again and again to America for nearly six decades and willing entrepreneurs have readily responded to this call of nature. Bushmiller’s humble dog-pee joke flows gloriously onward, replicating like mutant bacteria through the dark alleys of our pop culture. And like a grinning dog before a mighty oak, each subsequent publisher seems strangely compelled to leave his unique mark on this enduring work. 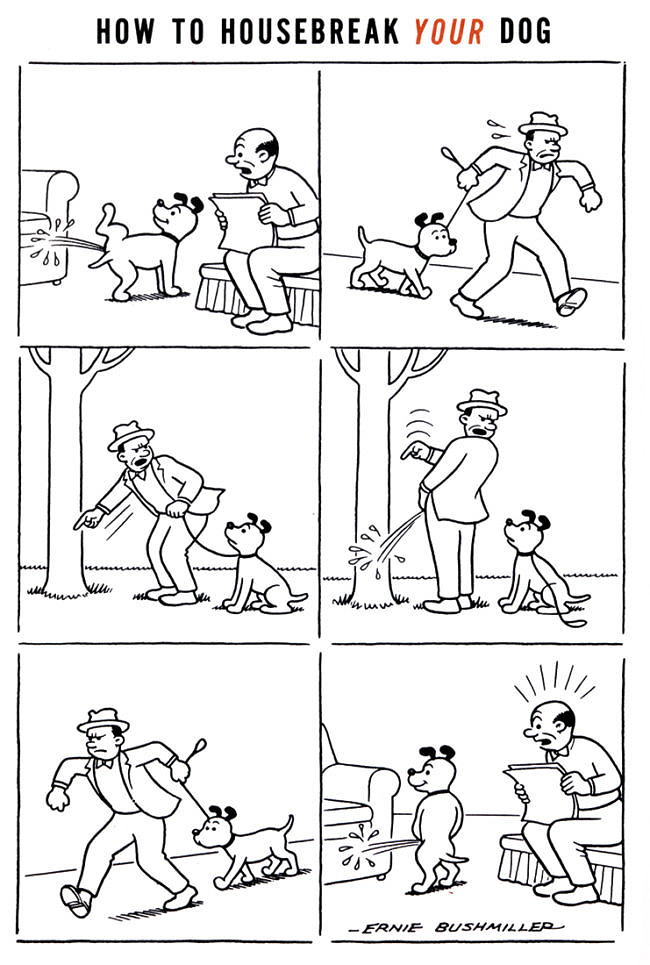 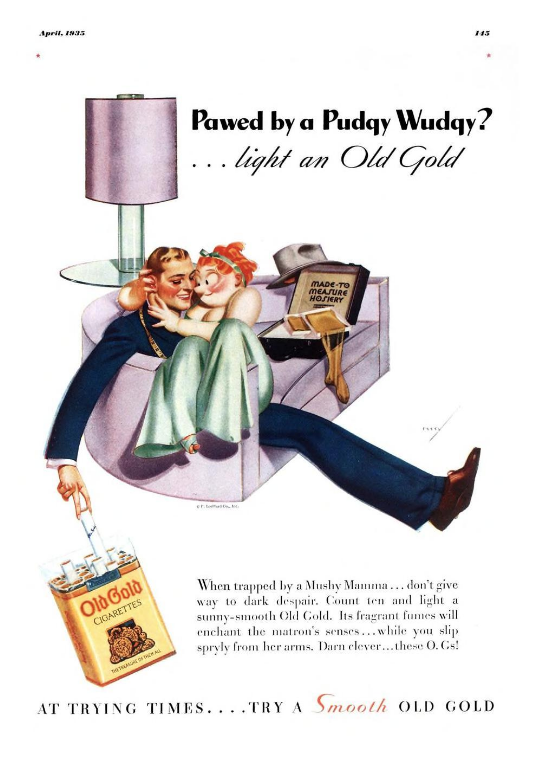 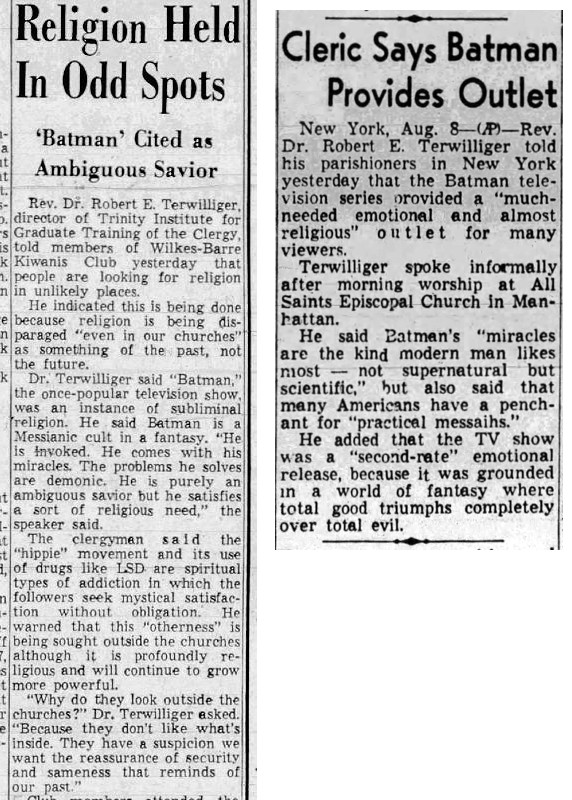 Superman to the Rescue! 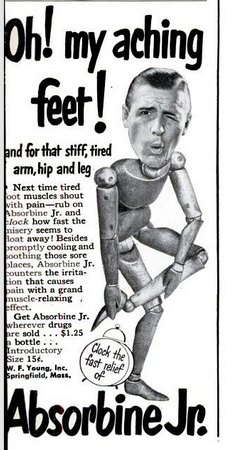 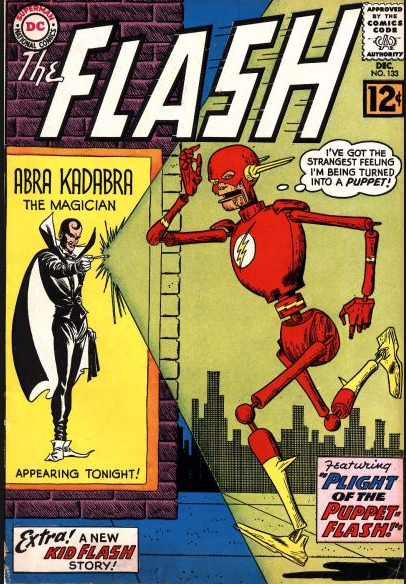 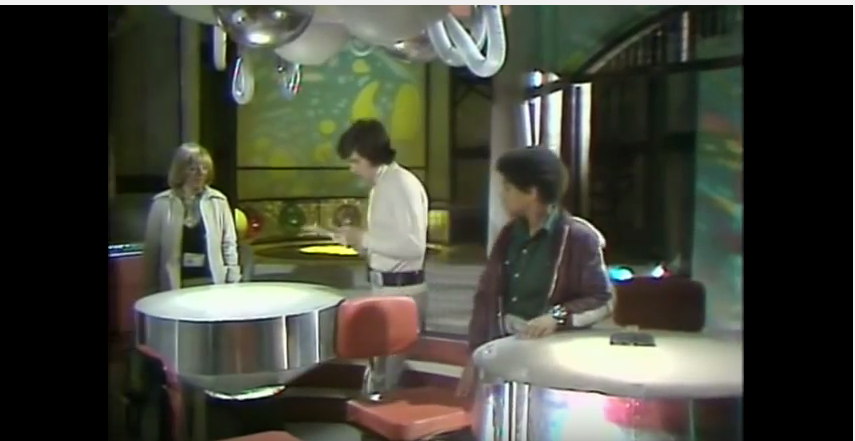