It's actually a bit of sad situation. Neighbors thought the body was a decoration for Halloween, and it sat on the balcony for several days.

You can read about it from AOL News, LA Times and a few other sources. LA Times piece has a photo of the building.

A meteorite hit Gerrit Blank in the hand, leaving a three inch scar. He said "it knocked me flying" and then made a one foot crater in the earth. The blinding flash was his only warning, which was followed by "an enormous bang like a crash of thunder." The schoolboy said the noise made his ears ring for hours afterward. 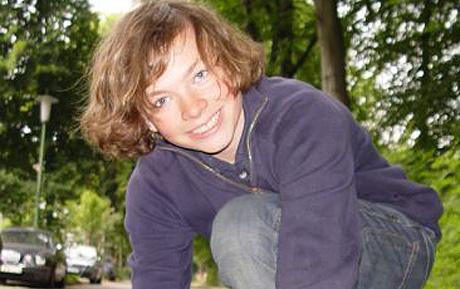 The pea-sized meteorite has been found to be magnetic, and chemical tests verify it has fallen from space.

Here's the link to the original story:

Croquet as she should be played. I and my sibs independently invented this style of playing nearly forty years ago.

If you're in New England, why not visit the Connecticut society for this sport?