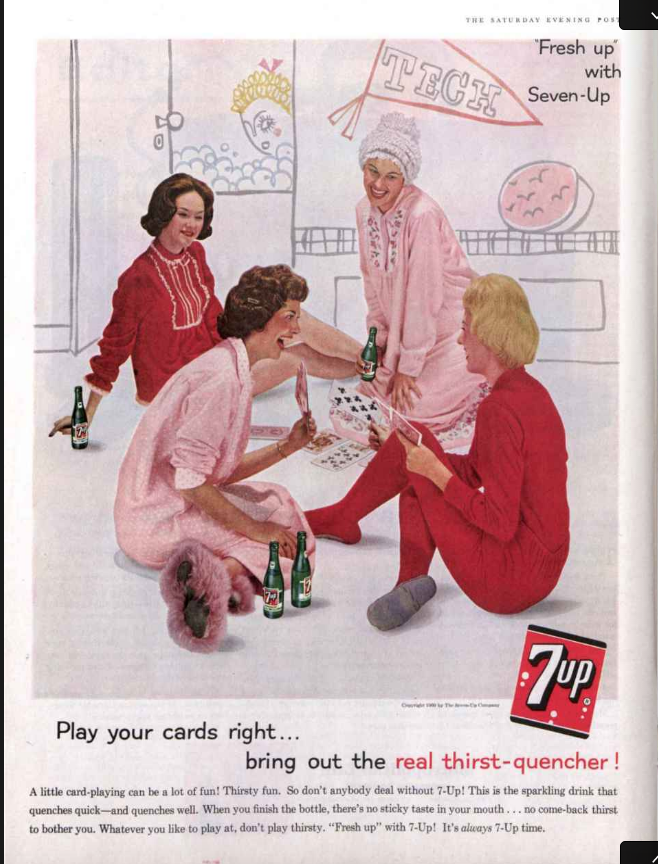 During World War II, one of the best rifle shots in the United States was a housewife — Ann Frickman. Remarkably, she hadn't grown up shooting rifles. She first picked up a rifle in her late twenties, and eighteen months later she was beating the Army's top sharpshooters. 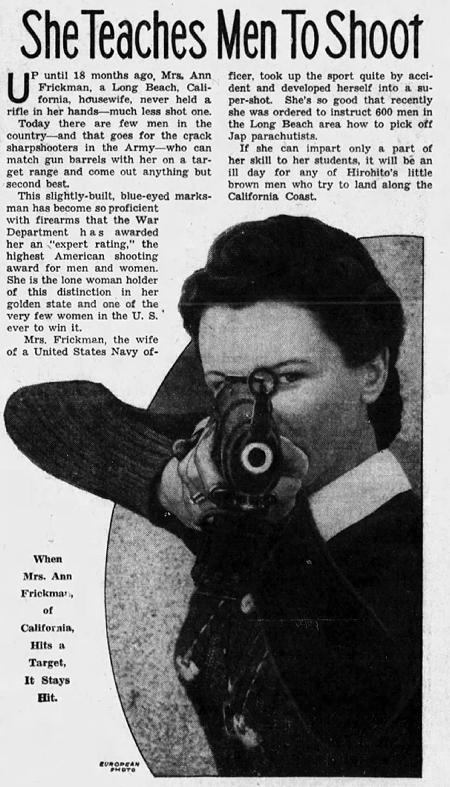 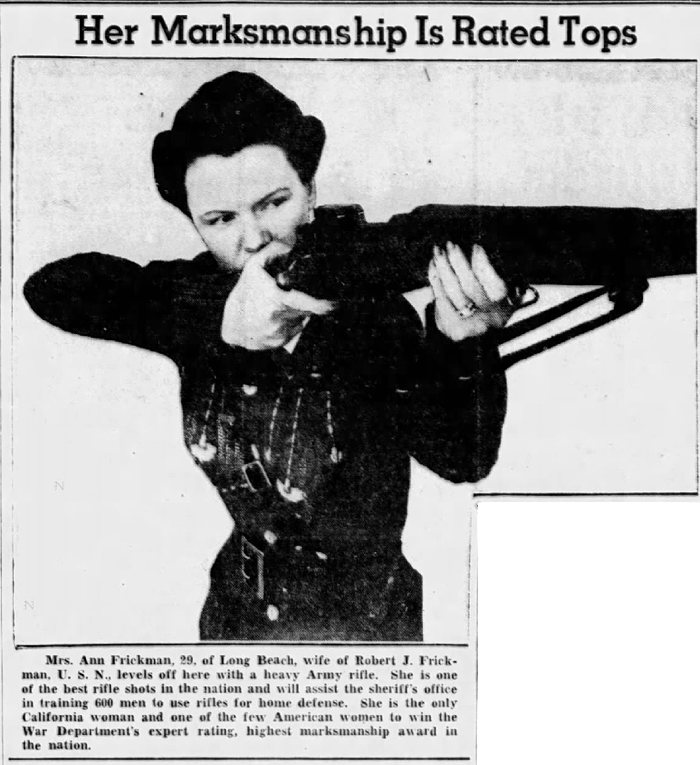 The Mentality of the Criminal Woman 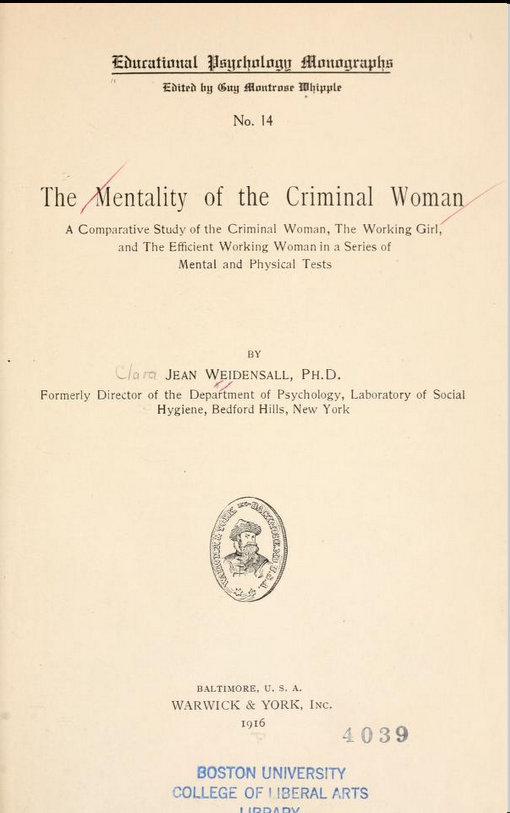 The majority of the book consists of dry statistical tables and charts of the tests given to the subjects. 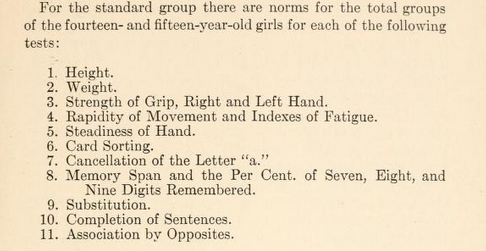 But in the latter third of the study, conclusions begin to be drawn. 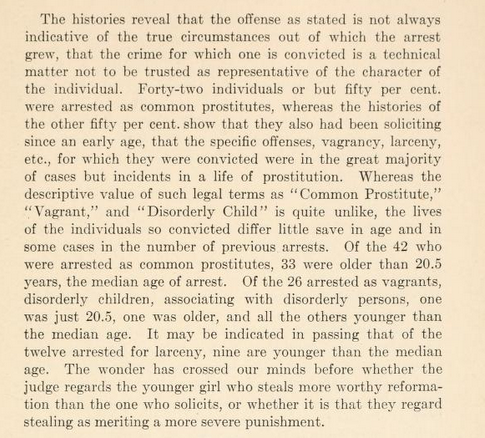 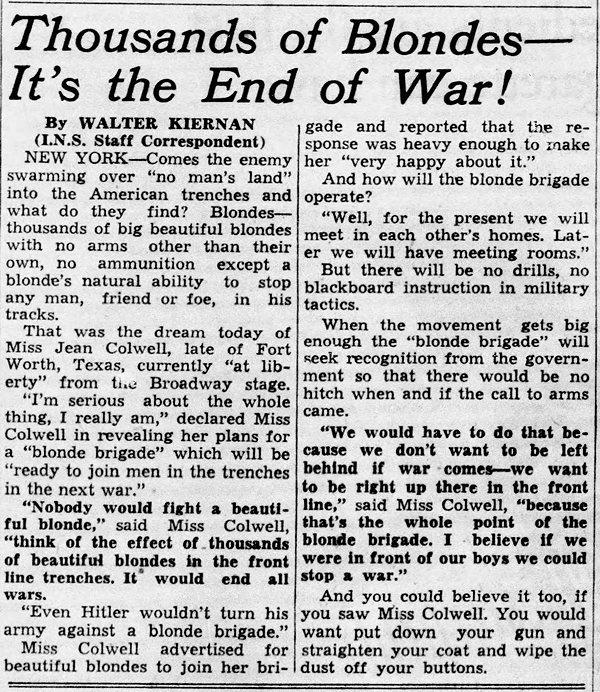 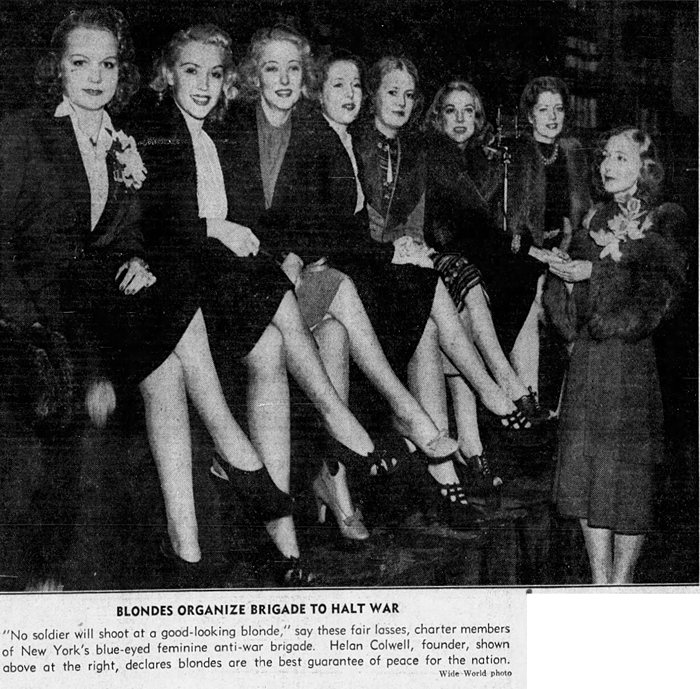 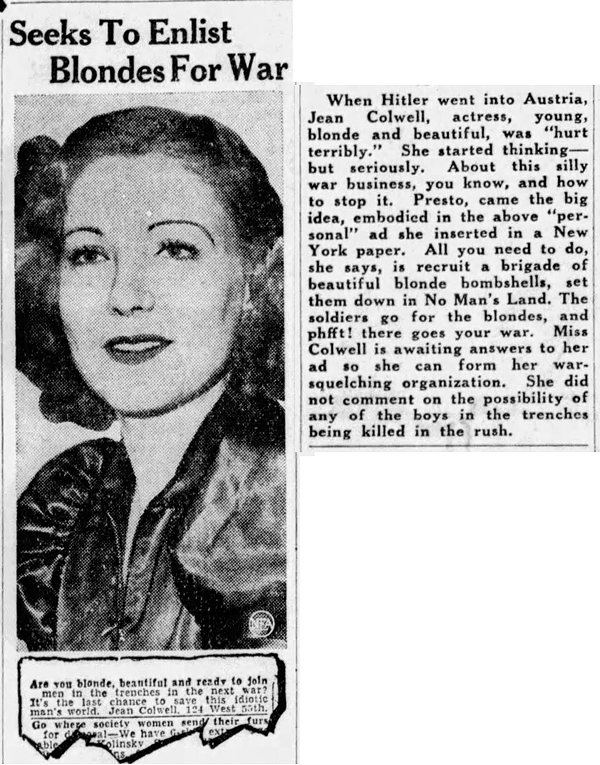 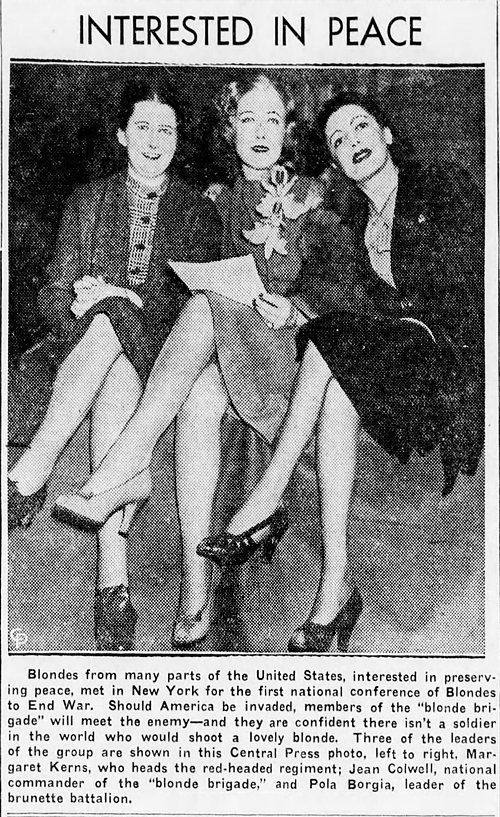 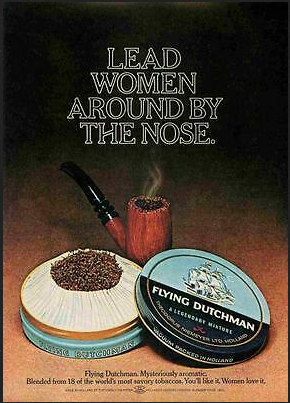 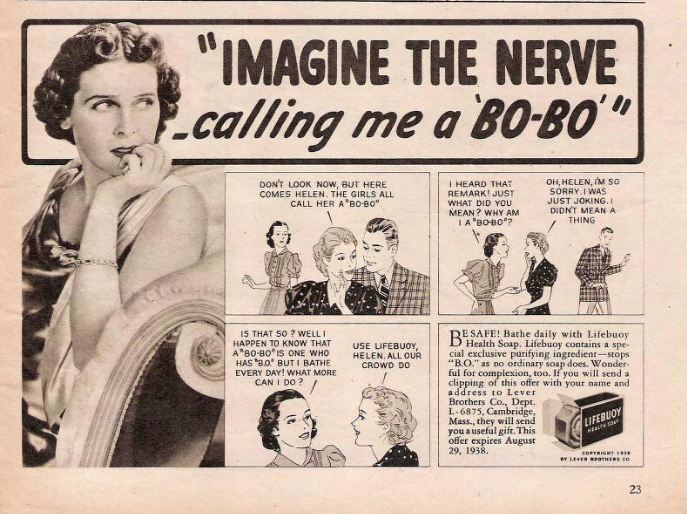 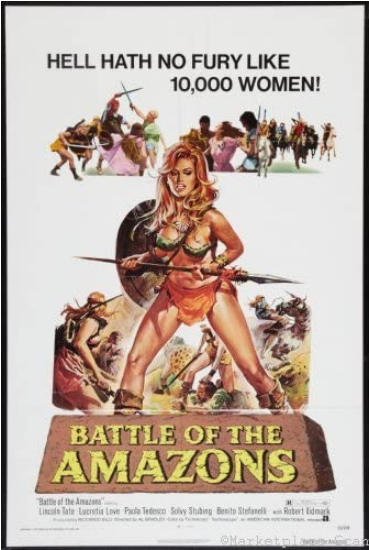