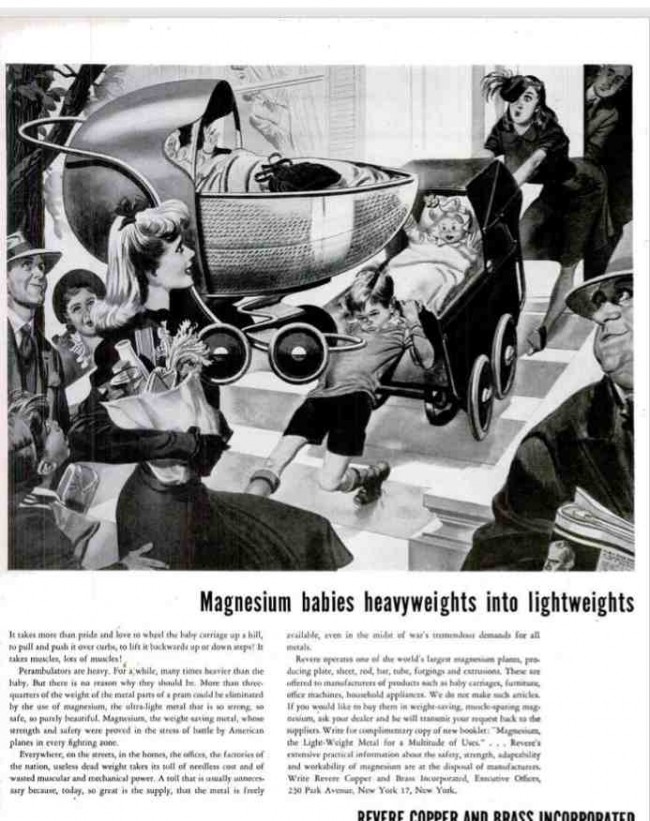 This was one of a series of postwar ads for magnesium, which illustrated how the miracle metal would allow consumers to do things nobody would ever want to do, like carry a baby carriage on your shoulder. 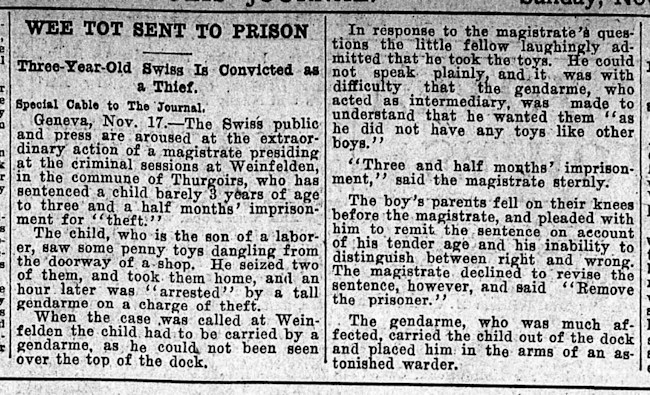 The Williams family would have preferred a new TV set, but they got stuck with a kid instead. All because of the neighbors.

Problem: It's hard to travel with a baby.

Solution: build a portable cage to carry your kid in. I wonder if the TSA would approve of these. Source: Illustrated World (Mar 1920). 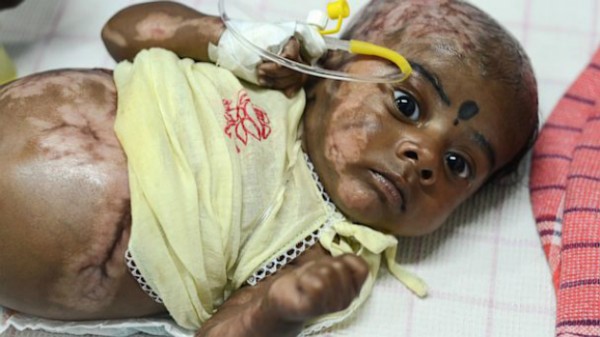 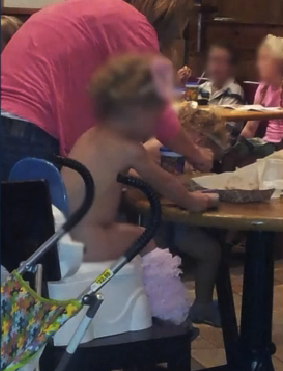