Very creepy. If you were woken by a stranger telling you to answer the phone, would you do it?

I'm a pretty deep sleeper. It usually takes me a few minutes after waking to achieve full consciousness. So I suspect this trick would work on me. 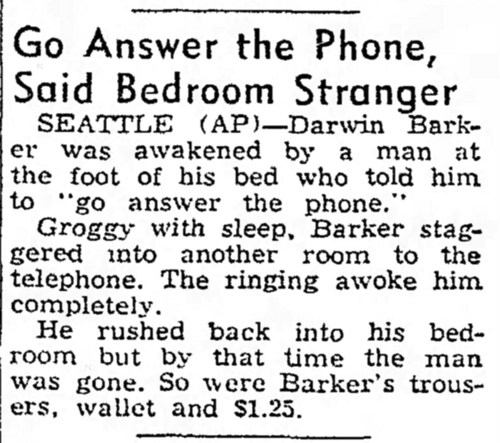 Go Answer the Phone, Said Bedroom Stranger
SEATTLE (AP)—Darwin Barker was awakened by a man at the foot of his bed who told him to "go answer the phone."
Groggy with sleep, Barker staggered into another room to the telephone. The ringing awoke him completely.
He rushed back into his bedroom but by that time the man was gone. So were Barker's trousers, wallet and $1.25. 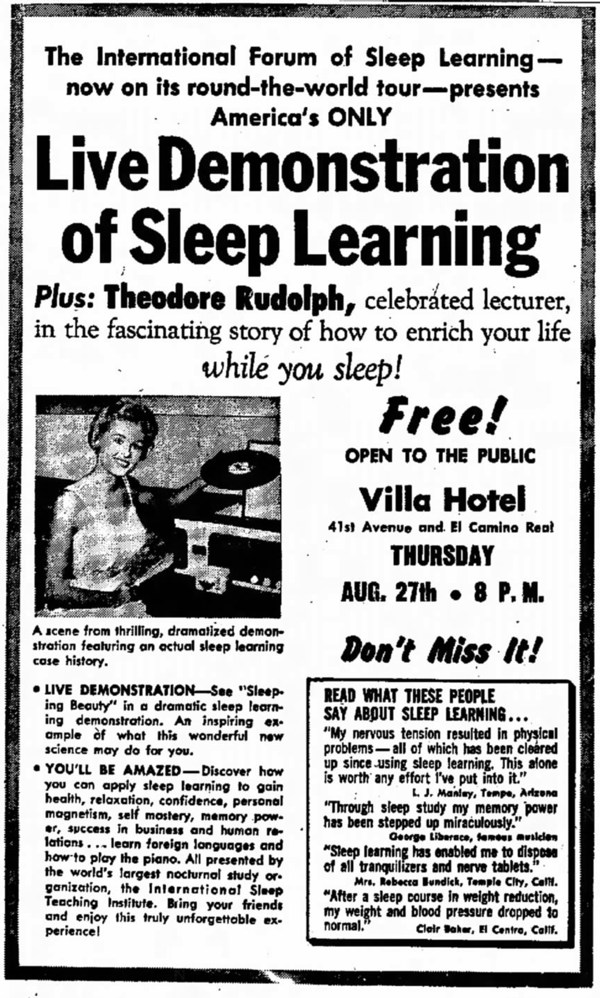 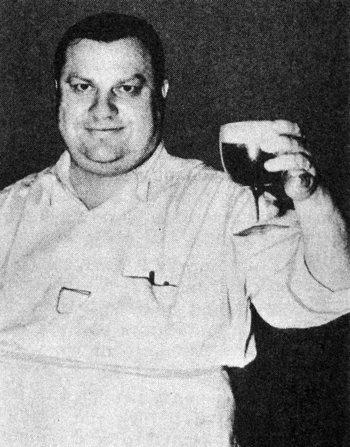 Arthur "Turkey" Gehrke of Watertown, Wis., had an odd habit. Every November he would go to bed and stay there until the following April. He told the press, "I hibernate and don't get into trouble; while I may miss some fun, I also miss a lot of disagreeable things." He also said, "If more folks went to bed all winter, there wouldn't be so much trouble and confusion in the world."

Strangely, his business didn't suffer because of his sleep habits. He owned a bar, the Turkey's Roost. He hired a temporary bartender to replace him during his hibernation, and the publicity because of his hibernating actually attracted extra business.

Gehrke began his habit of hibernating in 1913 and continued it until his death in 1942.

Here's some sources where you can read more about him: The Milwaukee Journal - Sep 29, 1935, Watertown History, and the Wisconsin State Journal. 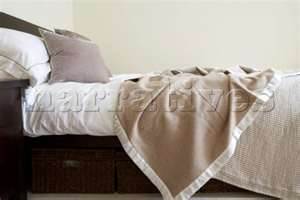 The idea is that your sleeping position indicates your personality. What do you all think?

Robotic bear will reach out and stroke your face so gently as you sleep.

This was more a concept than an invention. It is also known as polyphasic sleep, meaning sleeping at more than one interval during a day. Although not really invented by Fuller, he did popularize it and gave it a catchy nickname. Bucky claims to have slept only 30 minutes every 6 hours and did not suffer any ill effects. You can read a story about it in Time Magazine's archives.